Syria’s Drought Has Likely Been Its Worst in 900 Years

The relentless flow of refugees from the Middle East into Europe continues to raise tensions across the region.

This weekend, fires ignited at a refugee camp in Calais, France, and countries are beginning to tighten their borders as more than 1 million people have streamed into Europe in the past year. The 1 million refugees represent just a portion of the 4.2 million that have fled Syria in all directions. And that’s on top of the 7.6 million people internally displaced in Syria who are trapped in limbo in their home country.

War has been the direct driver of the refugee flux and behind that is a complex mix of social and political factors both inside and outside the region. One fiercely studied and debated driver has been a recent dip into a series of severe droughts starting in the late 1990s.

Previous work has prescribed some of the drought — and its impact on the socioeconomic fabric in the Middle East — to climate change. New findings published in the Journal of Geophysical Research-Atmospheres put it in even starker context, showing that the drought is likely the worst to affect the region in 900 years.

The Mediterranean as a whole has been subject to widespread drought at various points in the past 20 years. Climate models project that the region is likely to get drier in the future, which Ben Cook, a climate scientist at the NASA Goddard Institute for Space Studies, said drove the new line of inquiry.

“These recent drought events have motivated a lot of concern that this could be an indication of climate change, with the eastern Mediterranean and Syrian droughts being the most obvious,” Cook said.

Using tree ring data that covered 900 years of drought history, Cook led a team of researchers to look at drought across different regions in the Mediterranean. Dry spells in parts of the western Mediterranean have been severe but still within the range of natural variability over that 900-year span. What stands out is the drought in the eastern Mediterranean, which includes war-torn Syria.

Drought has had a firm grip on the region since 1998 and Cook’s findings show that the recent bone-dry spell is likely the driest period on record in 900 years and almost certainly the worst drought in 500 years. In either case, it’s well outside the norm of natural variability indicating that a climate change signal is likely emerging in the region. 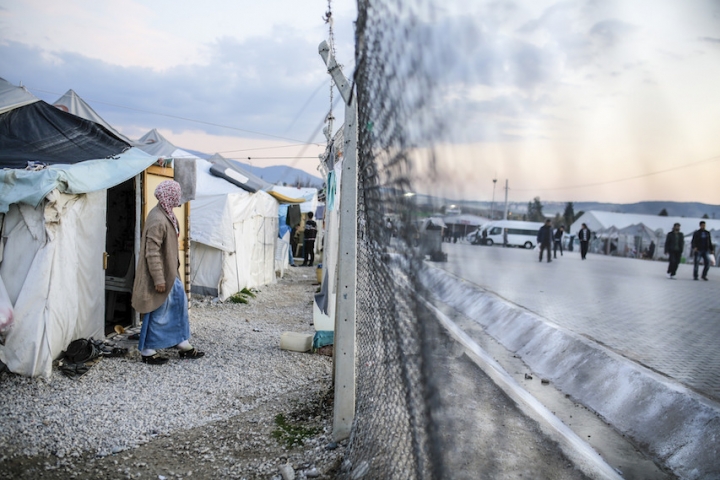 “This is a really important study that increases our understanding of low frequency (decadal to multidecadal) natural variability over the past 900 years and provides strong evidence that the severity of the recent drying in the eastern Mediterranean/Levant is human induced,” Colin Kelley, a drought expert who authored previous research on the region, said.

Kelley’s work published last year showed that the influence of human greenhouse gas emissions had made recent drought in the region three times more likely. The new research puts that in historical context to show just how outside the norm the recent dry stretch has been.

“What we’re seeing is a convergence of evidence of the climate change impacts in the region,” Cook said.

The projections for the region show a continued drying trend throughout the coming century as climate change contributes to a shift in circulation patterns. That means what’s happening there now could just be the start of more prolonged, more severe drought. In a region already wracked by water scarcity and conflict, more drying could ratchet up tension even further.

“This evidence also strongly implies that expected future drying will further stress resource availability and the lives of people in this region,” Kelley said.