The long list of maladies attributed to El Niño continues to grow. In addition to affecting weather patterns around the world, the climate phenomenon also has a profound impact on ocean levels in the Pacific that can hurt coral reefs.

New research chronicles those impacts and also points to more extremes in the future as climate change adds another layer to El Niño’s fury. 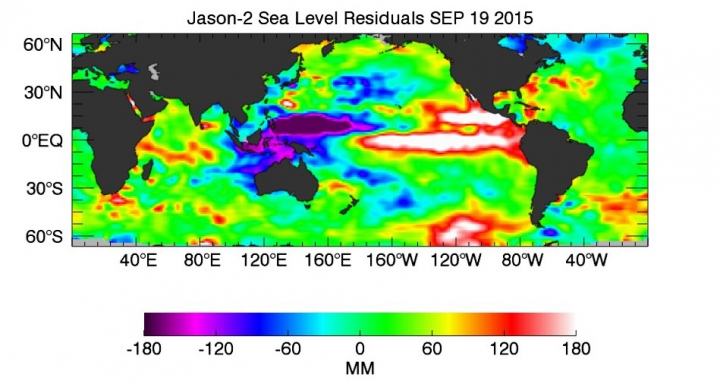 In its most basic form, El Niño is a warming of waters in the eastern equatorial Pacific. But El Niño also causes warm water to pile up on that side of the Pacific and in a classic case of equilibrium, it leaves a dearth of water in the western portion of the ocean basin. During super El Niños like the 1997-98 event, sea levels in the western Pacific can drop by as much as a foot, exposing coral reefs to the air. This year's strong El Niño has caused a sea level drop of up to 7 inches in the western Pacific.

There’s even a word for it in Samoan: taimasa, which means foul-smelling tide. The stinky tide is more than a cause to pinch your nose — it also has major ramifications for the reefs that protect small islands.

“What happens with low sea level events, the reefs stick out of the water and they die off,” Matthew Widlansky, a postdoctoral researcher at the University of Hawaii said.

Widlansky led research published on Friday in Science Advances that shows that in the future, climate change will more than double the likelihood of extreme changes in sea levels that could harm coral reefs. Extreme sea level drops in the western Pacific will also last longer, putting coral under even more stress.

“A takeaway from this is that greenhouse gas-induced warming doesn’t necessarily mean constant sea level rise, especially for the tropical pacific,” he said. “But if we have more extreme fluctuations in sea level, this is another stress on coral reefs in addition to warming oceans and ocean acidification.”

The warm waters associated with the current El Niño and man-made warming is already responsible for a major bleaching event underway in the Pacific. Bleaching events weaken or even kill coral. Rising acidification levels also contribute to coral bleaching. 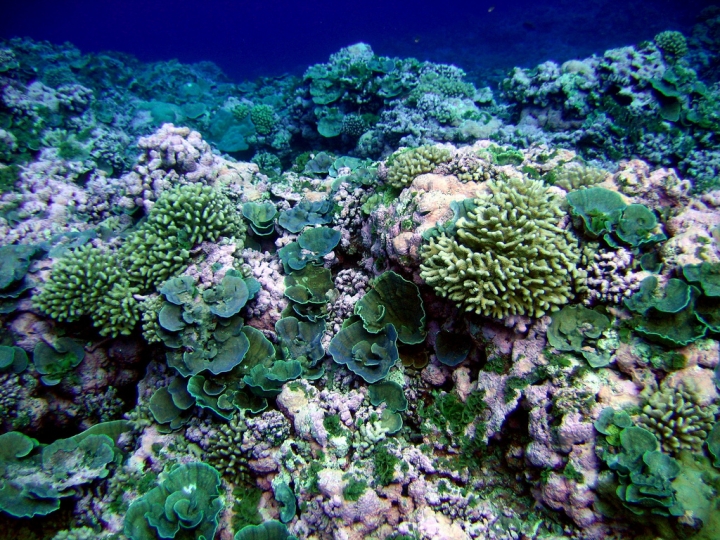 Coral form a key defense against storm surge and provide vital economic opportunities for 200 million people worldwide. Island nations — already some of the most vulnerable countries in the world — would face even more challenges to their very existence.

“The coral reefs that surround many of the island nations in this region are in for a triple whammy: to the already documented threats of rising ocean temperatures and ocean acidification, we can add sea level extremes linked to El Niño and La Niña,” Michael McPhaden, a senior scientist at the Pacific Marine Environmental Laboratory, said.

Widlansky said the likelihood that both sides of the Pacific will face increased threats from super El Niños is reason to consider better forecasting and preparation for the highs and lows El Niño brings.

You May Also Like:
China Announces World’s Largest Cap and Trade Program
The Pope Wants Climate to Be a Human Rights Issue
5 Things to Know About Climate on Public Lands Day
Jersey Shore Eyed for Offshore Wind Farms