Imagine a world where all the Earth’s coastal cities are submerged beneath nearly 200 feet of water, with only the upper floors of their skyscrapers remaining above water. In that world, the Statue of Liberty’s torch would be a tiny island in what would be the giant gulf of New York Harbor, completely covering Manhattan.

That’s the worst-case scenario an international team of researchers paints in a study published on Friday that is meant to serve as a warning about what is likely to happen if humanity uses all of the earth’s known fossil fuels, even though it is not certain that humans will ever do so. 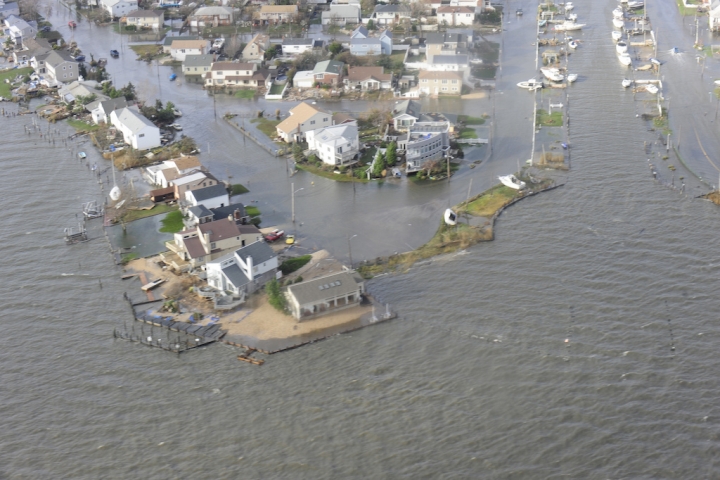 Burning all the planet’s crude oil, natural gas and coal will release up to 10,000 gigatons of carbon dioxide into the atmosphere, creating enough global warming to melt all of the Antarctic Ice Sheet and leading to a global sea level rise of 58 meters, or 190 feet.

“Our study shows that if we don’t leave most of the carbon in the ground, we are going to melt most of the ice on this planet,” said Ken Caldeira, a Carnegie Institution for Science climate scientist and co-author of the study, published in the journal Science Advances.

The Intergovernmental Panel on Climate Change estimates that the earth could see up to three feet of sea level rise by 2100, but Caldeira said that could be just the beginning of millennia of continued warming and rising seas if humans continue burning fossil fuels.

“Our results indicate that once Antarctica really starts melting, sea level rise could exceed one foot per decade,” Caldeira said. “That is quite a clip.”

In other words, New York, London, Paris, Rome and most of the planet’s other low-lying cities would have to be abandoned.

Though some scientists not affiliated with the research question whether humans will ever burn all the fossil fuels found on earth, the study imagines what might happen if we did. Conducted by researchers at the Potsdam Institute for Climate Impact Research in Potsdam, Germany, and the Carnegie Institution for Science in Stanford, Calif., the research uses a computer model called the Parallel Ice Sheet Model to simulate the evolution of the Antarctic Ice Sheet over the next 10,000 years.

The researchers estimated that humans’ fossil fuel burning would emit up to 12,000 gigatonnes of carbon dioxide into the atmosphere for up to 500 years after 2010. Even though the emissions were simulated to stop after that period, atmospheric carbon dioxide concentrations remain elevated for millennia, keeping the earth warm and melting all its ice.

“What we do today, within just a few decades, is triggering changes — such as the ice loss from Antarctica and the resulting global sea level rise — that go on for thousands of years,” study co-author Ricarda Winkelmann, professor of climate system analysis at the Potsdam Institute for Climate Impact Research, said. “Antarctic ice loss is no linear process, so once certain thresholds are crossed, it might become practically impossible to stop the ice-flow from certain regions, but these thresholds have yet to be defined.”

Caldeira said the study drives home the point that climate change isn’t something humans will adapt to without noticing.

“Unrestrained fossil fuel burning means giving up many, if not most, of the major cities in the world,” Caldeira said. “Hopefully, our study will help people realize that there is great benefit to rapidly transforming our energy system into one that does not rely on using the sky as a waste dump.”

The study is receiving mixed reviews from scientists unaffiliated with it.

“It’s an interesting and no doubt important paper that considers an ‘upper bound’ scenario, although we don’t really know how likely that kind of extreme emissions scenario is,” Nicholas Golledge, a senior research fellow at the Antarctic Research Centre at Victoria University of Wellington in New Zealand, said. 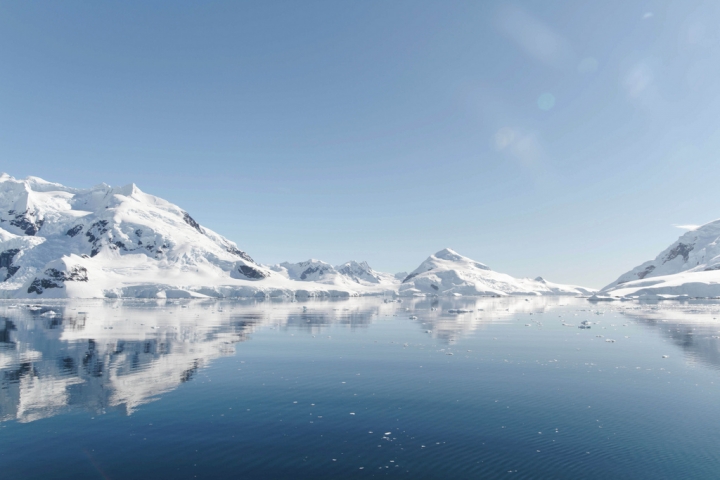 A new study shows that burning all earth's fossil fuels could melt all the ice in Antarctica.
Credit: Ronald Woan/flickr

“The bottom line, really, is that this and other studies underline the importance of significantly reducing CO2 emissions in the very near future, and work such as this should be carefully considered in light of the forthcoming UN climate change conference in Paris,” Golledge said.

Kevin Trenberth, a senior scientist at the National Center for Atmospheric Research in Boulder, Colo., said the research may overestimate the consequences of human carbon emissions, and that future ice dynamics of Antarctica are not well understood. The model used in the study doesn’t account for possible atmospheric changes due to increased snowfall in the middle of Antarctica, leading to many unknowns about how the continent’s ice will behave in a warming world, he said.

“Forgive me for being skeptical of this study’s results,” he said. “This is really a toy model and quite unrealistic in so many respects. It has no atmospheric circulation or water (or snow) cycle, and even the glacial model has simplifications.”

Gavin Schmidt, director of the Goddard Institute for Space Sciences at NASA, said the study isn’t hugely significant other than to show that carbon emissions have very long term consequences and that sea level rise is a “lagging indicator” for climate change.

He said the study clearly paints a worst-case scenario for carbon dioxide emissions, and is not a forecast for the future.

“I remain confident that we won’t stay on this path for the time required to get to the 10,000 (gigatons of carbon dioxide emissions) level,” he said. “However, even the scenarios with a lower total emission number still give very substantial long-term SLR (sea level rise).”

Ted Scambos, senior research scientist at the National Snow and Ice Data Center, called the study “interesting as a lesson on the consequences of pursuing the wrong course indefinitely.”

He called the ice model the researchers used “complete and modern,” showing that “Antarctica will respond section by section as air and sea temperatures rise, and probably in the order that (the researchers) show. The magnitudes of sea level rise are plausible, given the huge impact this would have.”

“It’s ultimately a crazy idea, knowing what we know now,” Scambos said. “It leads to disastrous sea level rise, and that rise happens long after we’ve burned the carbon.”

You May Also Like:
Hurricane Danny Takes Aim at Drought-Parched Caribbean
2015 Edges Closer to Warmest Year on Record