Using natural gas to produce electricity is a major part of the Obama administration’s policy on climate change, which aims to reduce carbon dioxide emissions from coal-fired power plants in favor of renewables and natural gas-fired plants that emit less CO2.

But a new University of California-Irvine study published Wednesday in the journal Environmental Research Letters suggests that the country’s push toward natural gas is not only a distraction from “decarbonizing” the U.S. and expanding renewable energy sources, it could also make climate change worse. 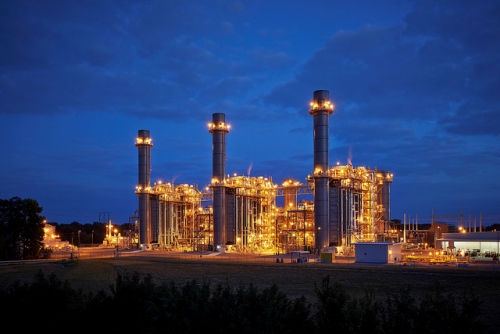 Scientists whose research was analyzed as part of the study disagree about how successful it is in proving that burning natural gas makes climate change worse by failing to reduce greenhouse gas emissions.

Natural gas is often thought of as a “bridge fuel,” a cleaner-burning alternative to coal, leading the way to eventual widespread use of renewables to produce power. Burning natural gas emits about 57 percent less CO2 per kilowatt hour than burning coal, according to U.S. Energy Information Administration data.

Since advancements in hydraulic fracturing, or fracking, and gas well drilling technology have provided access to deposits of crude oil and natural gas once thought too expensive to tap, vast amounts of domestically produced natural gas have become available, helping to reduce natural gas prices.

Yet, studies have shown that natural gas production and distribution may make climate change worse because methane leaks are common. Over a 100-year period, methane is at least 35 times more potent as a greenhouse gas than CO2.

The UC-Irvine study suggests that relying on abundant inexpensive natural gas for electrical power production is a distraction that removes the incentive to develop new wind and solar power sources and may do little to reduce overall CO2 emissions if no carbon tax or other climate policy is implemented.

The study suggests that even if there were no methane leaks, the overall climate benefit of natural gas is diminished because fewer renewable sources will likely be built.

Study lead author Christine Shearer, a postdoctoral scholar in Earth system science at UC-Irvine, and her team analyzed research by 23 other scientists that examines the how the future makeup of the U.S. power sector may affect greenhouse gas emissions, how the U.S. energy markets respond to natural gas supply fluctuations and the effects of U.S. climate policy on the power sector.

Shearer’s team found that abundant natural gas supplies decrease U.S. coal consumption but also delay the use and cost-competitiveness of renewables. High use of natural gas could boost cumulative CO2 emissions between 2013 and 2055 by up to 9 percent, the study found.

Only a hypothetical federal mandate for utilities to generate more power using renewables increased the use of wind and solar along with natural gas, the study said.

The study suggested that the best way to reduce CO2 emissions is to either put a price on carbon or implement a federal policy mandating a stronger reduction in emissions, Shearer told Climate Central.

“I think we are questioning just how much current policy relies on natural gas lowering emissions,” Shearer said. “Natural gas has not been as effective as people have been arguing. Gas has already been strongly questioned on the basis of the methane leakage rate. This is adding to more and more research questioning the benefits of natural gas.”

John Reilly, co-director of the Joint Program on Science and Policy of Global Change at the Massachusetts Institute of Technology, whose research Shearer’s team analyzed as part of its study, said the study helps to show that a narrow focus on a single fuel — natural gas — does little to reduce emissions as a way to address climate change.

“While I think the study’s numerical findings are reasonable, the narrow focus on pitting natural gas against renewables misses the broader point that we need carbon pricing,” Reilly said Wednesday.

To gain political acceptance for a carbon pricing policy, it is useful to have technologically proven options that reduce CO2 emissions, and natural gas is one of those, he said.

“I think the study is reasonably successful because it shows the potential for negation of gas as a bridge fuel that exists depending upon the carbon/non-carbon energy prices,” he said via email.

But, he said, renewables prices can change dramatically, challenging the study’s conclusions. 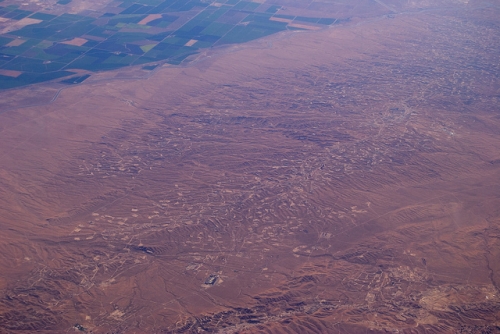 An oil and gas field from the air.
Credit: Blaine O'Neill/flickr

For example, improvements in battery technology might allow wind or solar power to be stored and prevent natural gas plants from having to be held on standby for when the wind doesn’t blow and the sun doesn’t shine, he said.

Rice University Center for Energy Studies Senior Director Kenneth Medlock, whose research was also analyzed as part of the study, said Shearer’s team doesn’t successfully make the argument that natural gas is not a bridge fuel.

There are already existing policies that promote renewables integration so low-cost natural gas coupled with other technologies using natural gas for power generation help to boost utilities’ use of renewables, Medlock said.

“Decarbonization should not be the goal,” he said. “We have to recognize that CO2 emissions must be reduced to address long-term issues therein, but we cannot do so if it causes significant costs in other domains. So, a bridge is needed until technologies can be developed to overcome the problems of cost and reliability.”

Carbon capture and storage, and batteries that could store electricity generated from wind and solar are some of those technologies that need to be developed, Medlock said.

Shearer said that abundant gas supplies will make gas cheap enough to undercut the cost of developing renewables and slow the power sector’s adoption of them.

“Those two factors cancel out the climate benefits of using natural gas over coal,” she said.