Methane Cuts Not Enough to Keep Warming in Check

It’s going to take more than slashing methane emissions and releases of soot into the air to curb a warming climate.

That’s the conclusion of a Pacific Northwest National Laboratory study released this week, saying methane and soot emissions need to be cut in addition to carbon dioxide, nitrous oxide and other greenhouse gas emissions. 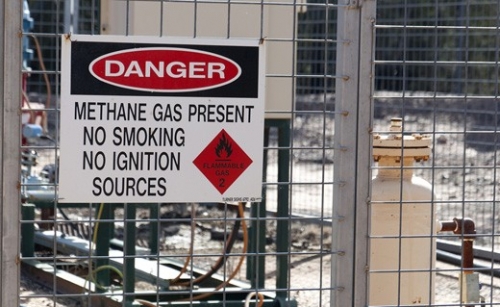 It’s going to take more than slashing methane emissions and releases of soot into the air to curb a warming climate.
Credit: flickr/Jeremy Buckingham

“Cutting back only on soot and methane emissions will help the climate, but not as much as previously thought,” study lead author Steve Smith, a senior staff scientist at the Joint Global Change Research Institute in College Park, Md., which is jointly operated by the PNNL and the University of Maryland.

Studies published over the past several years have suggested that cutting soot — primarily from vehicle tailpipes and wood-burning cookstoves — and methane emissions would reduce anthropogenic global temperature increases by about 1°F, or 0.5°C, by 2050.

But Smith’s study suggests those studies overestimated the effect of cutting those emissions.

“The .5-degree result was very attractive because it was much larger in magnitude over 50 years than what seemed to be possible from a conventional climate policy,” Smith said. “That’s what got me interested in this. We had all kinds of different scenarios, but we hadn’t seen anything that large. I was curious how this came about.”

Smith’s study, which used PNNL’s Global Change Assessment Model, concludes that cutting methane and soot will reduce the global temperature increase by 0.16°C instead of a 0.5°C as other studies suggested.

The study found that cuts in a wide range of greenhouse gas emissions — not just soot and methane — could reduce global average temperatures by 0.27°C by 2050 — significantly more than when only short-lived emissions are slashed.

The PNNL team reached a different conclusion than the other studies because of the kind of computer model it used to calculate the possible temperature reduction. 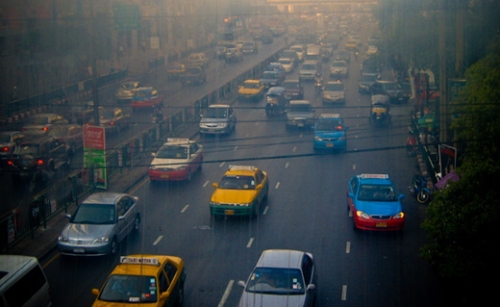 Smith’s study concludes that cutting methane and soot will reduce the global temperature increase by 0.16°C instead of a 0.5°C as other studies suggested.
Credit: flickr/Asian Development Bank

“This model is a comprehensive model of the future,” Smith said.

The model, abbreviated as GCAM, accounts for 16 different kinds of emissions and considers possible land-use scenarios, multiple energy supply technologies and other factors.

Previous studies, Smith said, used only one data point from 2030.

“We used data points from the entire time period all the way out until the end of the century,” he said. “What happens is, once you phase out cook stoves, the benefit of that decreases over time.”

His model also accounts for economically-driven methane and soot reductions over time, he said.

“As countries get wealthier, as people in rural areas start to gain more economic resources, one of the first things they do is not spend two hours collecting wood,” he said. “The other difference was we found that the climate response in previous work appears to be too fast.”

If reduced amounts of soot in the atmosphere and radiative forcing are accounted for, the impacts of those changes on the climate don’t all come within 20 years, Smith said.

“Some of that is delayed for many decades as the heat capacity of the deep ocean buffers those changes,” he said.

Smith said his study shows that global climate stabilization depends on countries focusing on cutting carbon dioxide and other greenhouse gases, not just methane and soot.

The study counters 2011 research led by Drew Shindell of NASA's Goddard Institute for Space Studies in New York City that found that focusing on reducing soot and methane emissions would slow global warming by a 0.5°C by 2050, boost crop yields by up to 135 metric tons per year and prevent numerous premature deaths annually.

“The PNNL study assumed that all control measures with a negative cost automatically happen based on 'rational economic behavior' and that projected increases in wealth worldwide lead to automatic adoption of the strict emission control standards of the U.S., Europe and Japan,” Shindell said last week. “In other words, most pollution is cleaned up by default and anything that has a net long-term cost savings (e.g. energy efficiency) happens by default. Not surprisingly, after those things happen, when they looked at the effects of 'additional' action on short-lived climate pollutants, they found only a small effect since most of the controls were already put in place by default.”

Shindell said his NASA team's study deliberately examined the effects of full implementation of emission-slashing measures and considered the benefits of additional emissions cuts based on what's feasible under current policy.

“That study recognized that while advanced nations have indeed cleaned up their emissions dramatically over recent decades, it took a lot of work,” he said. “I believe that putting new emissions control measures into place requires dedicated work, and so it provides a more useful perspective to look at the benefits such dedicated work would achieve rather than to look at what small addition one could make after already assuming wealth and idealized economic behavior has dealt with the majority of the problem.”

He said he agrees with Smith that a wide range of greenhouse gas emissions need to be slashed.