Some states and electric power companies are rolling out a new weapon against fossil fuels — giant batteries.

A growing number of states are requiring large batteries to be used to store electricity to help expand wind and solar power. The trend is catching on quickly as at least three states have created energy storage targets or incentives so far this year. 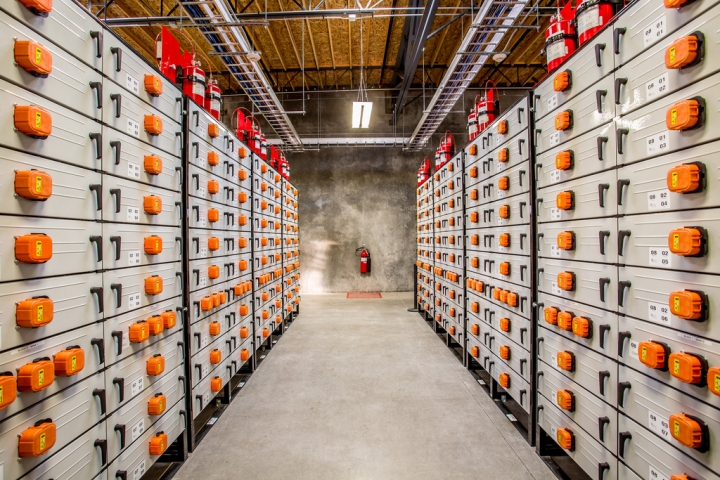 But as more wind farms and solar power plants are built to help reduce climate pollution, electric power companies encounter one of the fundamental challenges with renewables: The flow of electricity from wind and solar farms isn’t steady — it fluctuates as the wind blows and the sun sets. Sometimes excess energy they produce goes to waste.

“We only produce solar electricity when the sun shines. We consume energy 24/7. We need to have means of supplying the electricity to consumers 24 hours a day. That’s one of the basic roles of energy storage,” said Janet Joseph, vice president of innovation and strategy for the New York State Energy Research and Development Authority.

If batteries are used to capture renewable power as it is generated, electric companies can use that stored electricity when it is needed the most, usually during the day when air conditioners are blasting and businesses have all their lights on. Today, electric power used for those high demand times comes from power plants running on natural gas.

The batteries that electric power companies use are huge. The Tesla PowerPack, for example, is composed of 16 pods that together weigh more than 3 tons and are 7 feet tall. The pods are daisy-chained together and provide hundreds of kilowatts of power.

New York officials say batteries are critical to the state’s goal of generating half of its electricity from renewables by 2030. As more states create energy storage incentives and targets, more power plants using fossil fuels are likely to be eventually replaced or supplemented with batteries, helping to cut the amount of time the power plants are used.

Jeremy Firestone, director of the Center for Carbon-free Power Integration at the University of Delaware, said mandates and incentives for energy storage in some of the most populous states will help reduce climate pollution and drive innovation. They will also help to lower energy storage costs as batteries are adopted more widely, just as costs for wind and solar installations have fallen as more have been built, he said.

“While climate is a ‘state’ goal, by leading the way and reducing the cost of storage, these states will facilitate the implementation of storage in other states and countries, leading to further climate benefits,” Firestone said. 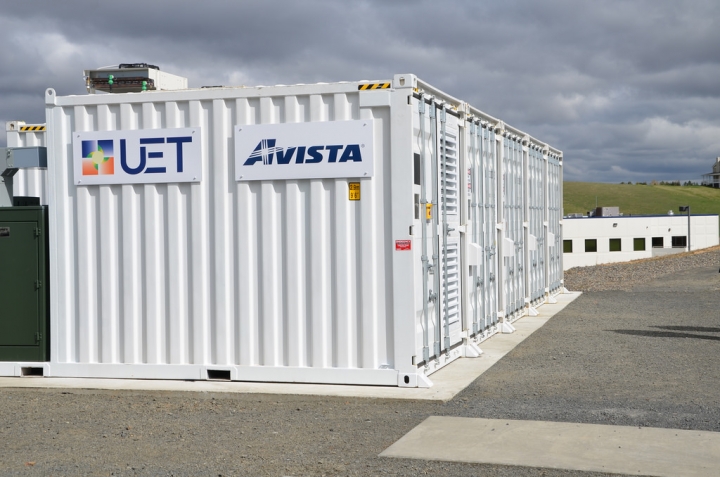 The project was built in response to the massive 2015 Aliso Canyon natural gas storage facility leak, which jeopardized the supply of natural gas to electric power plants. The state required utilities to find other ways of generating power during gas supply disruptions.

The company also uses batteries to supplement energy from some natural gas power plants at times of peak electricity demand. The batteries have allowed the plants to reduce the time they operate by about half, cutting their greenhouse gas emissions by 60 percent, Kaushik said.

In Arizona, which has no energy storage mandate, Arizona Public Service is conducting a test of energy storage used in both homes and at electric substations that will help the utility cope with the irregular flow of electricity from rooftop and utility-scale solar plants.

Arizona Public Service spokeswoman Annie Degraw said batteries help supplement the flow of power from a rooftop solar panel when a cloud blocks the sun, resulting in the panel producing less electricity for a few minutes.

The company is paying homeowners participating in the program a $30 monthly credit for 20 years to help test batteries connected to the power grid, Degraw said.

Many in the industry see a future when renewables and battery storage provide most of the electricity on America’s electric power grid. John Zahurancik, president of Virginia-based AES Energy Storage, which has built energy storage projects in several states, said that the company envisions a time in the near future when energy storage could account for at least 10 or 20 percent of America’s electric generating capacity.

Costs for the lithium-ion batteries used in energy storage projects have fallen by half in the past five years, already making them competitive with the cost of natural gas power plants today, he said.