More than 1,200 corporations, academic institutions and state and local governments said Monday that they plan to stand behind the Paris climate agreement, despite President Trump’s decision to pull the U.S. out of the multinational pact.

Trump’s Paris decision washed over the climate action landscape like a tsunami on Thursday. As the waters of that tsunami recede, states, cities and businesses are forging new connections and banding together against the next wave. 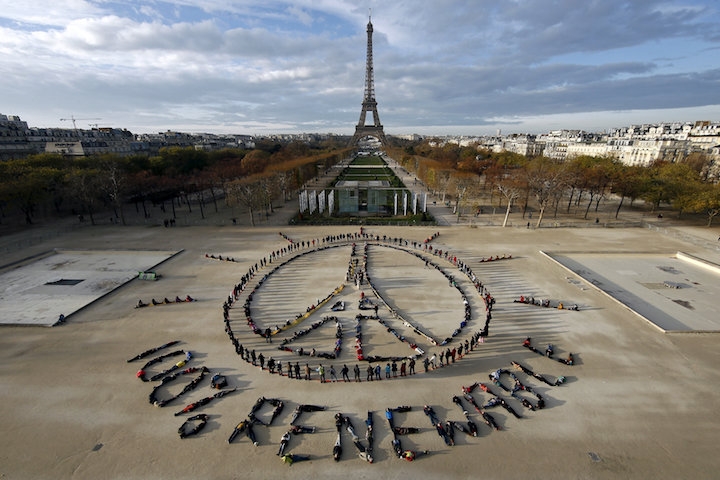 Hundreds of activists in front of the Eiffel Tower during the climate negotiations in Paris in December 2015.
Credit: Benoit Tessier/REUTERS

“In the absence of leadership from Washington, states, cities, colleges and universities, and businesses representing a sizeable percentage of the U.S. economy will pursue ambitious climate goals, working together to take forceful action and to ensure that the U.S. remains a global leader in reducing emissions,” the parties wrote in an open letter to the world.

Signatories include tech industry heavyweights like Apple, Facebook, Google, Amazon and Microsoft, and nine states that are responsible for more than 17 percent of the nation’s total carbon pollution. The cities, states and businesses represent more than a third of the U.S. population and contribute $6.2 trillion to the U.S. economy, according to the press release accompanying the letter.

“No single individual or group is leading the ‘We Are Still In’ movement,” Rebecca Carriero, a spokesperson for Bloomberg Philanthropies, which helped coordinate the statement, said. “It is an organic, bottom-up coalition of cities, states, businesses and universities that are standing together for the first time ever to announce that they will work together to maintain U.S. leadership on climate change and clean energy.”

The sheer breadth of the signatories is notable, but it fits with a larger pattern emerging in the U.S. following Trump’s announcement. 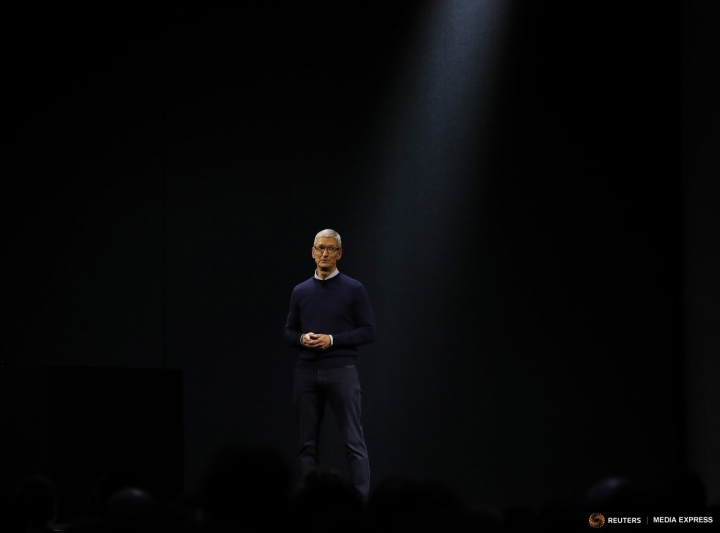 Apple CEO Tim Cook presenting at Apple's annual worldwide developer conference. His company is one of the signatories reaffirming their commitment to the Paris Agreement.
Credit: Stephen Lam/REUTERS

On Thursday, 211 U.S. mayors announced that their cities plan to honor the U.S. pledge to Paris, which involves cutting emissions 26-28 percent below 2005 levels by 2025. They also committed to advocating for a more stringent 1.5°C (2.7°F) target that small island nations have long pushed for as a safe level of global warming for their continued existence.

As of Monday, 10 states have joined the newly formed U.S. Climate Alliance, a separate effort that has also committed to meeting the U.S. Paris pledge. That includes Massachusetts and Vermont, two states with Republican governors.

Hillary Clinton carried all of the states participating in the alliance, but a handful that broke for Trump are also reportedly considering joining it, including Ohio, Pennsylvania, North Carolina and Montana.

In addition to being an existential issue, climate change is about dollars and cents and Trump’s decision could have major economic ramifications. Multinational corporations based in the U.S., for example, could face consumer backlash overseas, where Trump’s choice to leave the agreement has been widely condemned. 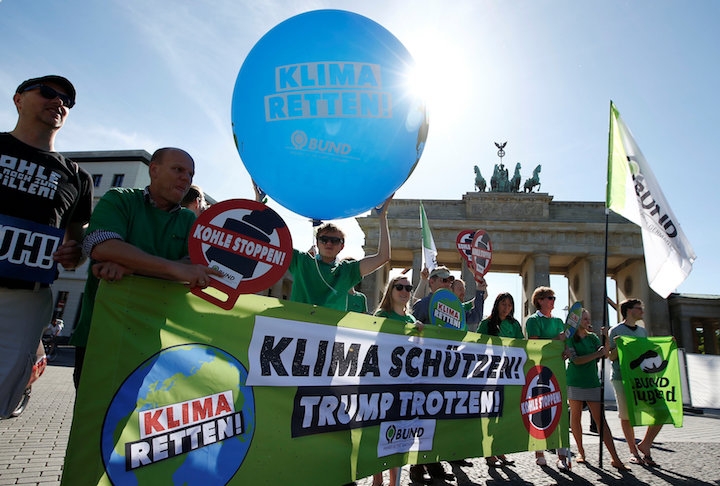 Environmental activists protest in front of the Brandenburge Gate, beside the U.S. embassy in Berlin, against the U.S. withdrawal from the Paris Agreement.
Credit: Fabrizio Bensch/REUTERS

“Pulling out of Paris would be the worst thing for brand America since Abu Ghraib,” Nigel Purvis, the chief executive of the consulting firm Climate Advisers told the New York Times last week.

Companies re-committing to honor the U.S. pledge is one way to brunt some of that backlash. It will also help them prepare to meet more strict carbon emissions standards in any of the 194 countries that are planning to abide by their Paris pledges.

There’s also the reality that a number of the signatories have already begun transitioning to clean energy because it’s becoming more cost effective. Google, for example, plans to purchase the equivalent of 100 percent of its energy needs from renewable sources this year.

Given the increasingly costly toll of climate change, perhaps it’s not surprising that all of the states that signed Monday's letter are coastal states. That likely reflects the reality that sea level rise is one of the most disruptive impacts of climate change already impacting the world.

In Wilmington, N.C., a coastal city of 113,000 in a state that signed the pledge, up to 82 percent of coastal flooding in the past decade is due to human-caused climate change. In Miami, which also signed the pledge, 94 percent of coastal floods have been driven by climate change in recent years. The city recently installed a $400-million system of pumps to deal with the rising tides.

Heat waves, more acidic oceans and more heavy downpours are a handful of the multitude of other impacts of climate change. All of them can disrupt society and supply chains and come with heavy adaptation costs that will only rise if carbon pollution isn’t reined in.

“The signatories understand that climate change imposes real and rising costs on America’s communities, and that the clean energy transition presents enormous economic opportunities for U.S. workers and companies,” Bob Perciasepe, the president of the Center for Climate and Energy Solutions, said in a statement.