In the South, electricity comes mainly from three sources: Coal-fired power plants, large nuclear reactors and natural gas plants, with some hydropower added to the mix.

Now, there's a push to build a new kind of nuclear power plant — tiny underground nuclear reactors — and for natural gas to eclipse coal as ways to reduce greenhouse gas emissions below the Mason-Dixon line. 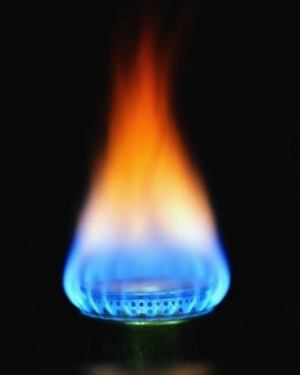 Three prominent voices in electricity generation in the South spoke at the the Society of Environmental Journalists annual conference in Chattanooga, Tenn., last weekend about how they envision the region's power production evolving during the next 25 years to become more climate-friendly.

While all of those voices advocated for continued development of renewable energy sources, one of the region’s most vocal advocates for renewables said he envisions a future where both natural gas and distributed power generation — that is, rooftop solar and other renewables — will unseat King Coal in the South.

The South is heavily dependent on coal for electricity generation, but, with the exception of Texas, not as dependent on coal as some northern states, particularly Indiana, Ohio, Pennsylvania, Kentucky and West Virginia, many of which are also among the nation's biggest coal producers.

“We’re kind of where, for some of the utilities, they’re going to be looking at what the digital camera did for Kodak — we’re seeing this kind of accelerating pace of transformation (which is) really going to define how we produce and consume energy in this country,” said Stephen Smith, executive director of the Southern Alliance for Clean Energy, which vehemently opposes the construction of new nuclear power plants in the South.

Natural gas is the power source of the immediate future, he said.

“Being overly reliant on natural gas isn’t a problem,” he said. “It’s really not hurting anybody to be dependent on gas.”

Natural gas prices are likely to be less volatile than other energy sources because of the large amount of domestically-produced natural gas coming on the market. It also works well with renewables because natural gas-fired power plants are better able than coal plants to handle the fluctuations in power generation inherent in renewables.

However, with concerns about the environmental impacts of hydraulic fracturing, or fracking, and methane leaks in the natural gas distribution system, natural gas is not a benign power source.

Advancements in fracking and horizontal drilling technology are among the reasons previously economically inaccessible shale gas has come on the market in recent years, raising concerns about how fracking affects, among other things, surface and groundwater quality.

Along with the natural gas boom areas in Colorado and Pennsylvania, the South has seen interest in natural gas drilling in the recent past, including drilling the Chattanooga shale in northeast Tennessee. Drilling in Tennessee has slowed because of low natural gas prices, but may pick up again when prices improve.

“The fracking issue is one we’ve struggled with as an organization,” Smith said, adding that methane leakage is among the biggest problems with natural gas production. “I think there needs to be a more aggressive regulatory regime on fracking. I think we’re seeing mixed signals from industry about whether they’re going to accept that.”

Responding to questions about the environmental impacts of natural gas production and what that means for utilities’ increasing use of natural gas for power generation, American Gas Association analyst Richard Meyer said a “fact-based” conversation about the impacts of fracking is necessary, and the carbon dioxide reduction benefits of burning natural gas must be part of that discussion.

The Southern Alliance for Clean Energy opposes the construction of new nuclear power plants in the South because of fears of releases of radioactive waste, the high cost of building and operating nuclear plants and the potential for a disaster similar to Fukushima in Japan. 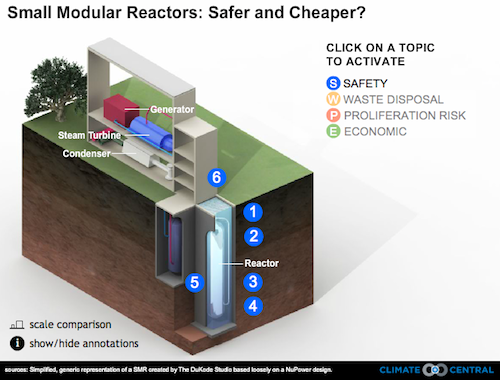 The Tennessee Valley Authority (TVA), a U.S. government corporation that supplies power to 9 million people in seven states, is betting on the opposite happening with nuclear power.

Dan Stout, TVA senior manager for small modular reactor technology, said the TVA is beginning a nearly decade-long permitting process for up to four small modular nuclear reactors, the first of which would generate 180 megawatts of electricity entirely underground at the TVA’s Clinch River site near Oak Ridge, Tenn.

Putting nuclear reactors underground helps insulate them from terrorism threats, and making them modular — more standardized, with components for a reactor’s steam systems made in factories and shipped to the construction site — means nuclear power plants may be easier and faster to build in the future, he said.

The Department of Energy envisions such modular reactors as ideal for small electrical markets and areas with limited water resources.

The TVA, which currently operates six large nuclear reactors, expects the first of its small nuclear power plants to be operating by 2022 barring legal and other challenges and delays, Stout said.