Summertime fog that helps keep coastal southern California cool and damp appears to be melting away, and scientists who have documented nearly 70 years of its decline think they can explain why: concrete.

The urban heat island effect, the phenomenon of cities warming faster than surrounding countryside, is a main culprit for a two-thirds reduction in the number of foggy mornings in Los Angeles since 1948 — a trend that’s expected to intensify as greenhouse gas pollution pushes temperatures upward. 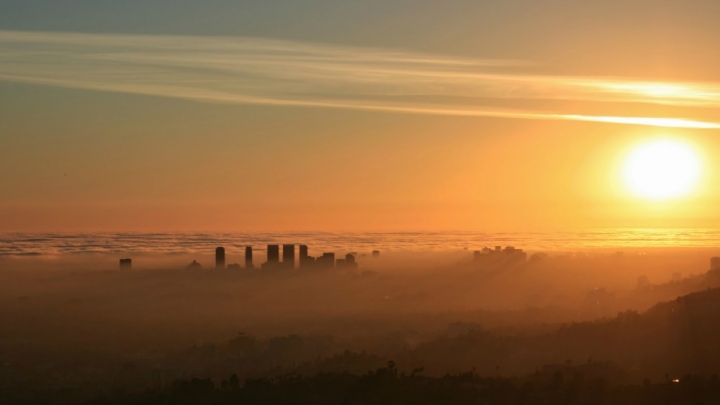 When dense stratus clouds that blanket the eastern reaches of the northern Pacific Ocean roll over Los Angeles and San Diego, they tend to keep low to the ground, manifesting in some areas as fog. That fog quenches rain-starved woodlands and grasslands and acts like sunscreen for buildings and landscapes. That helps coastal southern Californians save energy on air conditioning during summer. It also sustains native ecosystems and it reduces the region’s notorious wildfire risks.

After analyzing reams of data on summer cloud heights at 24 airfields near the coast, a group of researchers led by Columbia University on Thursday became the latest to describe a decline in fog levels along the Californian coastline — and the first to link such declines with the urban heat island effect. (Other research has demonstrated the effects of ocean cycles on fogginess.) The new study focused on the warmest months, when the fog is most prevalent and most influential.

The researchers detected changes in the heights of clouds’ lower levels, concluding that they’re being pulled up to higher altitudes. The changes were linked to rising temperatures in cities. At these higher altitudes, the clouds are no longer experienced as fog, nor do they serve all of fog’s cooling functions. Higher-altitude clouds also risk being squeezed out of existence by atmospheric forces, allowing the sun to shine more intensely over the landscape.

The summertime fog trends were found to be strongest in the ealry morning. The frequency with which Los Angeles was fogged over at 7 a.m. declined by 64 percent between 1948 and 2014. Declines in San Diego were less pronounced, yet still statistically significant. The opposite effect was detected nearby in the rugged Channel Islands, which have not been urbanized, and where cloud height declined slightly during the study period. The Channel Islands changes might have been driven by faster warming in the atmosphere than at the sea's surface.

The pronounced decline of morning fog, as well as differences between urbanized and undeveloped areas, led the scientists behind the new study to blame the urban heat island effect. A hallmark of that effect is warmer nighttime temperatures, because concrete clings to heat longer than plants and soil do after sunset. Fog is more likely to settle over a cool ground than a warm one. 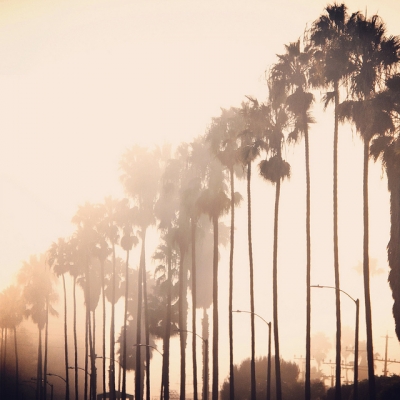 The trend toward fewer foggy days and mornings could accelerate in the years ahead as global temperatures continue to rise, Williams said. “We’re beginning to see this feedback playing out, but it’s still really early.”

(Further inland, the Tule fog that helps irrigate crops in California’s Central Valley has also been sharply declining in recent decades. That fog is unrelated to the state’s coastal fog, and it was not considered in the new study.)

University of California at Los Angeles professor Alex Hall, a climate change expert, said the new study was the first to link urbanization with a climate effect other than temperature. He said it falls short of categorically proving the link, but that modeling-based research could help.

“They did a really great job of rigorously documenting this change in the coastal environment,” Hall said. “It’s pretty clear that some of the warming in L.A. is due to urbanization, so it seems plausible that if you raise temperatures due to urbanization, you’re going to influence the ability of the air to form clouds.”

Following several parched and hot drought years, southern Californians will be desperately looking to the skies for moisture this summer, when it is far more likely to arrive as fog than as rain. The new study helps explain how the urban heat island may keep that fog at bay. The effect is difficult to combat, but strategies to reduce it include replacing concrete with trees and bushes, installing gardens on roofs and using different construction materials.

Then again, when dry landscapes aren’t erupting in flames, there could be some upsides — the most obvious of which comes smelling like sunscreen.

“If you lose these marine clouds in L.A., I think a lot of people will be happy, because it makes the weather more beach-friendly,” Williams said. “There would be winners and losers for sure.”