Solar power development is big business in sunny California, fueled by low solar panel prices and the drive to reduce greenhouse gas emissions to tackle climate change. Some biologists, however, are growing concerned that the placement of new large-scale solar power plants in the Mojave Desert may harm the biological diversity found there. 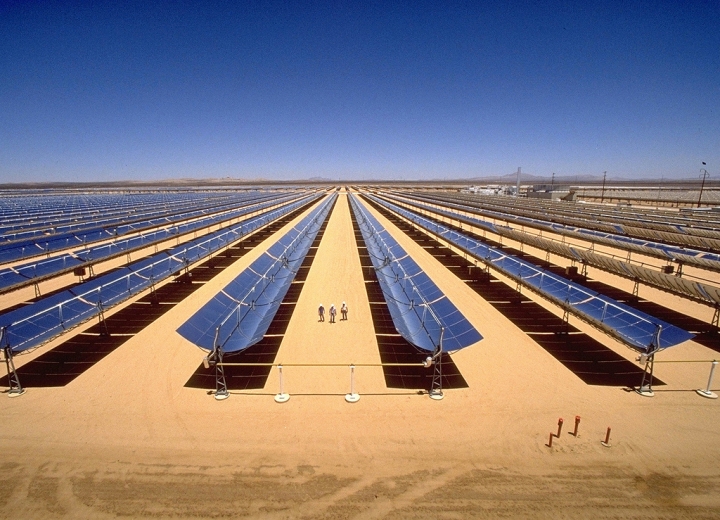 The study, by the Carnegie Institution for Science and Stanford University, shows the ecological footprint of solar power development could grow to more than 27,500 square miles — roughly the land area of South Carolina — if the U.S. were to adopt a more ambitious climate goal. When thousands of solar panels are built in undeveloped natural areas, the panels crowd out wildlife and destroy their habitat.

“Solar takes out a lot of territory, right? It obliterates everything,” University of California-Santa Cruz ecologist Barry Sinervo, who is unaffiliated with the study, said. “There is as much plant biodiversity in the Mojave as there is in a redwood forest. The key part of this is, do we want to tile out the last largest wilderness area that we have, which is the Western desert?”

The Carnegie study found that of the 161 planned or operating utility-scale solar power developments in California, more than half have been or will be built on natural shrub and scrublands totaling about 145 square miles of land, roughly the land area of the city of Bakersfield, Calif. About 28 percent have been built on agricultural land and 15 percent have been built in developed areas.

Areas that have already been developed and have little wildlife habitat would be better suited for solar development from an ecological standpoint, said study lead author Rebecca Hernandez, a postdoctoral fellow at University of California, Berkeley, and a former ecologist at the Carnegie Institution.

Hernandez said she was surprised to find that nearly a third of solar development is occurring on former cropland, perhaps because farmers are shifting from growing crops to using their land to generate electricity. California’s devastating drought may be responsible for farmers’ shift to solar, something one of the study’s co-authors is researching in more depth.

“We see that ‘big solar’ is competing for space with natural areas,” she said. “We were surprised to find that solar energy development is a potential driver of the loss of California’s natural ecosystems and reductions in the integrity of our state and national park system.”

Finding ways to resolve conflicts between renewable energy development and ecosystem protection may be critical if the U.S. is to rely on more solar power to displace fossil energy to reduce greenhouse gas emissions.

Assuming that 500 gigawatts of solar power may be needed to meet a future climate goal of reducing greenhouse gas emissions 80 percent below 1990 levels by 2050, Hernandez’s team found that a region of California roughly equal to the land area of South Carolina may be needed to accommodate all the new solar power plant development.

There are caveats to that, however: Though a 2050 greenhouse gas reduction goal has been adopted in California, the Obama administration’s current goal for the U.S. is to cut emissions by up to 28 percent below 2005 levels within 10 years. The study also does not account for increasing solar panel efficiency over time, something that is likely to reduce the amount of land needed to generate a megawatt of solar electricity.

“In light of advancing solar energy technologies, we will need less land in 2050 to generate 1 MW (megawatt) than we do now in 2015,” Hernandez said. 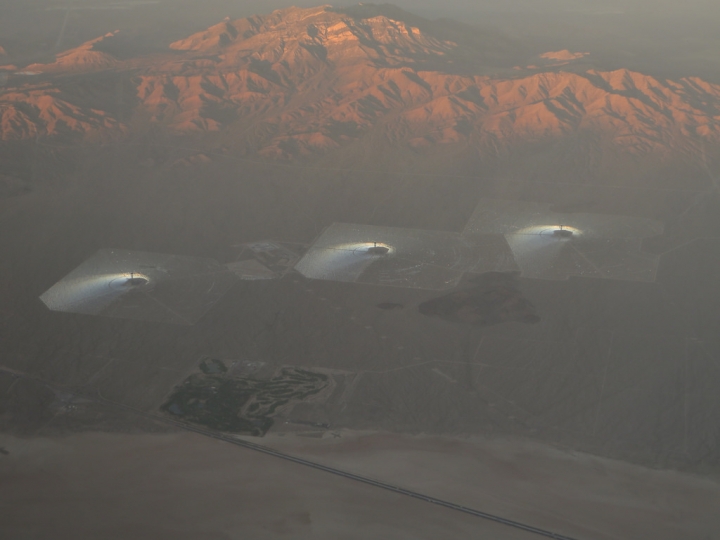 Hernandez’s team found that there are more than 8,500 square miles of land throughout California that is less environmentally sensitive than desert scrubland and agricultural land that would be best suited for future solar power development.

Just as important in reducing the ecological footprint of solar power is the expected growth of rooftop solar, which allows homeowners to generate electricity on site, reducing the demand on utilities’ solar power installations, she said.

Hernandez’s research emphasizes that there are sometimes significant tradeoffs between climate and energy policy and the needs of the natural environment, Cameron Barrows, a research ecologist at the University of California-Riverside, who is unaffiliated with the study, said.

“We can’t just throw them (solar installations) across a landscape and say biological diversity be damned,” he said.

“We have to find the right places to put these things,” he said. “If you’re in Washington or Spain or France and you just see this landscape that from a satellite looks like there’s nothing there, it’s hard for them to imagine why anyone would be upset about throwing 10 or 20 square miles of glass across this (desert) to produce solar energy. There are biological riches that are part of our natural heritage that we don’t want to lose.”