Court Ruling May Reverberate on ‘Social Cost’ of Carbon

That’s called the social cost of carbon. And if a recent federal court decision stands, the U.S. government may have to calculate those climate-related costs from any new fossil fuels development on public lands before a new project can be approved. 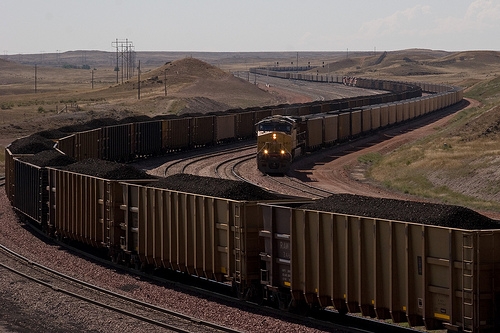 In temporarily blocking a coal mine expansion, a federal judge in Denver ruled in June that the government wrongly dismissed as “impossible” its ability to quantify the climate costs of expanding a western Colorado coal mine. The court ruled that the government should be able to calculate the project’s impact on climate change and how that would affect the total human and environmental costs associated with expanding the mine.

In their review of the project, government economists said the 1.23 million tons of carbon dioxide that the existing mine currently emits each year could already cost society up to $984 million annually because of how those emissions affect climate change. Some examples of social costs could include the pricetag of a coastal city adapting to sea level rise, property damage due to increased flood risk, or costs associated with changes in agricultural productivity because of increased temperatures.

Experts say the ruling is one of the America’s most significant court decisions regarding greenhouse gas emissions, and it could have broad implications for future fossil fuels development on land owned by the federal government.

If federal land management agencies have to consider how the carbon emissions of a fossil fuels project will affect climate change and how much money that will eventually cost cities and homeowners, it could convince the government to deny any new proposal to develop coal, oil, and natural gas on public lands, said Mark Squillace, a law professor and former director of the Natural Resources Law Center at the University of Colorado Law School.

“This is just the beginning of the debate,” he said. “As we get better data (and) social costs continue to go up, that will put further pressure on limiting the development of fossil fuels.”

The ruling will give those opposed to fossil fuels extraction on public lands more tools to fight it on the grounds that its costs associated with climate change may be too great, said Michael Gerrard, director of the Center of Climate Change Law at Columbia University in New York.

Coal, crude oil and natural gas are big business on the more than 600 million acres of land owned by the federal government for public use. Roughly 27 percent of the fossil fuels produced in the U.S. in 2013 came from national parks, forests, wildlife refuges and other federally owned public lands, primarily in the West.

Before a new fossil fuels project is proposed for public land, government agencies are required under the National Environmental Policy Act, or NEPA, to conduct an environmental impact analysis of the project as part of the decision-making process about whether the project should proceed.

The Denver court’s ruling may now mean that those decisions under NEPA will involve a more intense look at the real costs of the greenhouse gas emissions associated with those projects.

“It’s a strong affirmation of the validity of the social costs of carbon methodology and its usefulness in NEPA analyses,” Gerrard said of the ruling. “I think it’s one of the strongest decisions to date on greenhouse gas climate change analysis under NEPA.”

The decision is likely to be cited in any federal government permitting process in which greenhouse gas emissions might be relevant, he said.

“Because of decisions like this, agencies are going to be more and more attuned to the fact that there are studies out there that attempt to quantify the social cost of carbon,” Squillace said.

“The cost of carbon can be quite substantial in any of these cases involving the development of fossil fuels,” he said. “If that social cost is taken into account when considering whether it’s a rational decision, then that could have huge implications, and we don’t know yet just how far the courts are going to go in demanding that the cost of carbon be accounted for in government decisions.”

Gerrard said he is skeptical that the decision will lead to the federal government disapproving of any proposed fossil fuels project, at least not anytime soon, because the Obama administration has shown that it wants to aggressively move forward with fossil fuels development. The administration’s recent announcement that it will move ahead with oil and gas exploration off the Atlantic coast is evidence of that, he said.

The Denver court’s ruling involves the proposed expansion of the West Elk coal mine in a national forest north of Black Canyon of the Gunnison National Park in western Colorado, a coal exploration project that is expected to release both methane and carbon dioxide into the atmosphere. The U.S. Forest Service and the U.S. Bureau of Land Management approved the project last year, and environmental groups sued to block it. 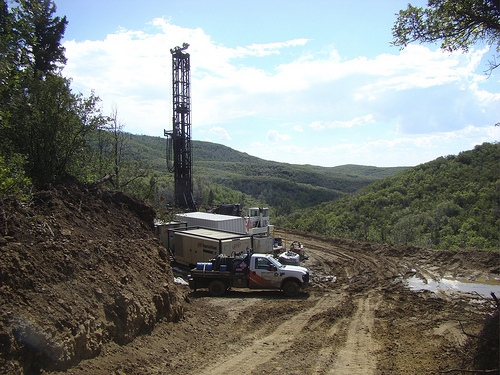 A drilling rig constructing a methane vent above the West Elk Coal Mine in western Colorado.
Credit: WildEarthGuardians/flickr

Both federal agencies involved in the decision to approve the mine expansion agreed that they were required to analyze the climate effects of greenhouse gas emissions from the expanded mine, but they claimed that it is impossible because they can’t predict how a single coal mining project would affect climate change.

The court dismissed that claim because in 2010 the U.S. government created a formula designed specifically to allow federal agencies to quantify the costs associated with climate change as part of a cost-benefit analysis for any individual project.

The federal government did a climate-cost analysis for the mine — the source of the $984 million figure — but removed it from its environmental review because the figures are “controversial,” the court said.

The Forest Service and Bureau of Land Management approved the mine expansion based on the project’s numerous economic benefits while ignoring the climate costs, the court ruled.

The mine expansion has been blocked by the court while the government agencies and the environmental groups that sued them decide what steps may need to be taken to resolve the case.