Tuesday marked a flurry of actions by the Trump administration that have cut off some federal scientists from the outside world.

The news, reported by outlets including ProPublica, the Huffington Post, BuzzFeed and the Associated Press, centers around the Environmental Protection Agency and U.S. Department of Agriculture. The outlets reported that there is a ban in place that prohibits scientists from talking to the press and performing outreach via news pages and social media. 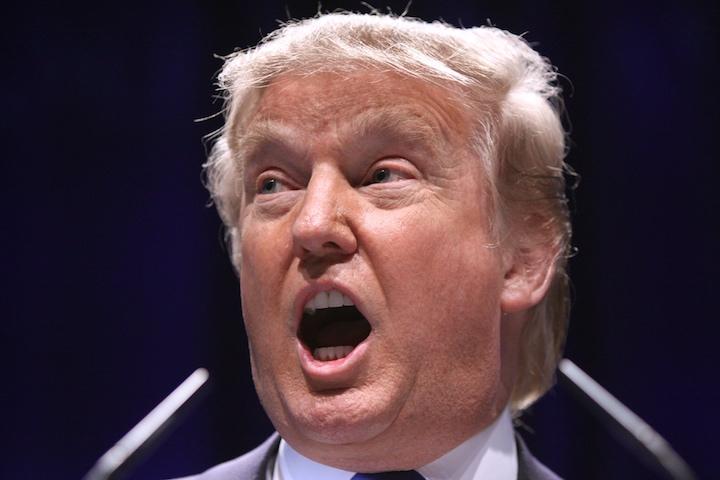 The Trump administration has restricted federal scientists' ability to communicate with the public.
Credit: Gage Skidmore/flickr

The ban violates federal scientific integrity policies that began under the Bush administration and were strengthened during the Obama administration. Those policies are in place to encourage the flow of scientific information between agencies and the taxpayers they serve, free of any political interference. The showdown happening now could be the first of many fights between federal scientists and the Trump administration, which has shown hostility toward science and science-based policy.

“Both EPA and USDA have strong scientific integrity policies in place,” said Gretchen Goldman, the research director for the Center for Science and Democracy at the Union of Concerned Scientists. “A longstanding censorship of scientists at these agencies would be at odds with these policies.”

It’s unclear how long the gag orders will remain. According to an email obtained by BuzzFeed News, there’s no set timetable for it to end at USDA’s Agricultural Research Services, which focuses on a variety of science including climate change.

“Starting immediately and until further notice, ARS will not release any public-facing documents,” Sharon Drumm, chief of staff for ARS, wrote. “This includes, but is not limited to, news releases, photos, fact sheets, news feeds, and social media content.”

According to Reuters, the USDA has since said it will be providing “updated direction to its staff,” though it did not specify whether the gag order would be lifted in full.

Doug Ericksen, the communications director for the transition team at the EPA, told the AP that he believes the ban there will be lifted by the end of the week. The restriction comes at a time when the EPA has also frozen grants and contracts, sowing further confusion about what comes next for the agency.

But even a temporary gag still violates the scientific integrity policies at both agencies, neither of which responded for comment.

Meanwhile, the EPA’s policy from 2012 states that “it is also a scientist and his/her manager’s responsibility to provide timely responses to requests for information by the media, the public, and the scientific community.”

Every federal agency has a scientific integrity policy in place. Their express intent is to keep science and scientists free from coercion by political forces and ensure that taxpayers have access to the information they’re funding. 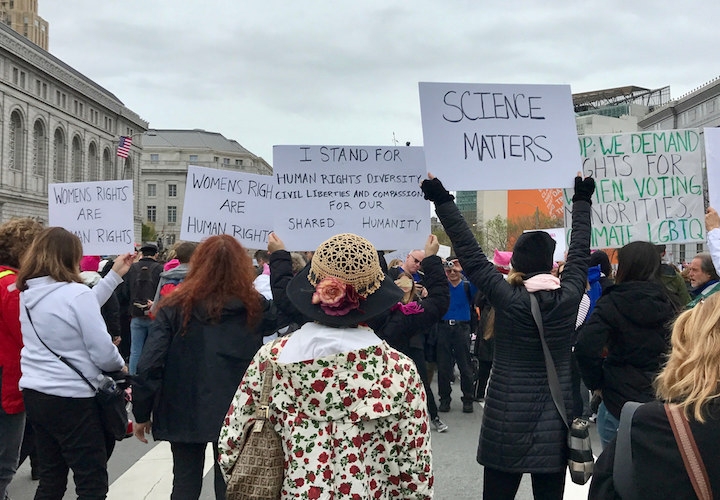 People took the street around the world this past weekend to protest the Trump administration, including its stance on science.
Credit: duluoz cats/flickr

The EPA and USDA have some of the stronger policies in place according to an analysis that Goldman authored earlier this year. Just how much protection they provide remains to be seen, though, given the anti-science stances espoused by Trump and his cabinet nominees.

“There is limited evidence so far about how they work in practice when the administration is the one violating them,” Goldman said. “There haven't been examples of this since the policies have been put in place.”

Beyond the scientific issues, silencing scientists poses risks to the public as well.

“If we don’t have this information and the ability for scientists to roll up their sleeves and work with community leaders, it’s a great risk to public safety, to public health,” Christine McEntee, the CEO and executive director of the American Geophysical Union, said.

She noted the recent flooding as an example of the need for free and effective flow of information from agencies such as the U.S. Forest Service, which is under the USDA, and the National Weather Service.

“I would say if it gets to the point where we’re at legal action, then we’ve gone too far and we’re really in trouble,” McEntee said. “The purpose of these policies is so we don’t get to that point.”