Just 30 years ago, the Arctic was viewed as a frozen expanse of limited opportunity. But climate change is rapidly reshaping the region — it’s warming twice as fast as the rest of the planet — creating new opportunities and risks that are coming into global focus.

“Without climate change, we wouldn’t really be talking about the Arctic in the first place,” Malte Humpert, executive director of the Arctic Institute, said. 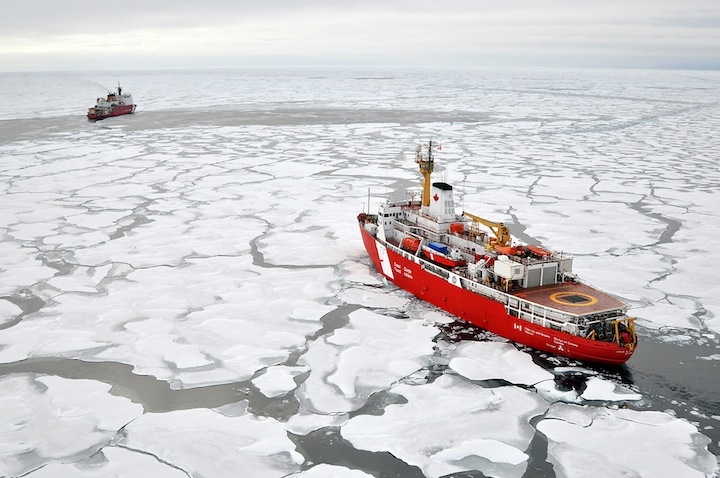 It’s against that backdrop that the U.S. takes over the chair of the Arctic Council next week at a meeting in Iqaluit, Canada. That group is comprised of eight Arctic nations — the U.S., Canada, Russia, Sweden, Norway, Finland, Iceland and Denmark — along with indigenous tribes and other official observers like China and other countries that are looking to get an economic foothold or influence policy in the region.

The chairmanship lasts for two years and offers the U.S. a chance to set the tone for international Arctic policy. It comes at a time when the rate of climate change is expected to quicken, putting greater emphasis on the need to develop concrete actions to reduce the risks that climate change poses in the fragile region.

That includes addressing some thorny issues specific to the Arctic, including increased shipping traffic and access to oil and gas reserves as hitherto sea ice becomes open ocean.

“There’s a disconnect in the Arctic Council,” Marcus Carson, a senior research fellow focusing on the Arctic at the Stockholm Environment Institute, said. “The individual countries are concerned with extracting their energy resources. At the same time, they express concerns about indigenous people and other citizens in the region and the climate change that’s taking place.”

Oil and mineral extraction already account for 87 percent of Alaska’s revenue. And according to Humpert, 20 percent of Russia’s GDP is produced above the Arctic Circle, in large part due to oil and gas operations. While extracting oil and gas translates to dollars, rubles and Euros in the bank for governments, it also commits the region (and the world) to more warming.

While the recent fall in oil prices (temporarily, at least) makes Arctic exploration less attractive, oil and gas will continue to play an outsized role in the region’s economy. The U.S. and other Arctic nations will have to strike a delicate balance between the current model of economic development in the region and looking to strike out in search of new opportunities.

Yet parts of the Arctic remain the Wild West in terms of safety and oversight, an area that the U.S. could improve on during its chairmanship.

“There’s going to be more shipping, more commercial maritime traffic and we can’t deny that isn’t going to happen. It’s already happening,” Erica Dingman, an Arctic expert at the World Policy institute, said. “We need some strong governance in the region for that reason.”

Humpert agreed, noting that shipping and ensuring the safety of ships and the environment from any cargo they’re carrying is in the interest of all Arctic Council members. 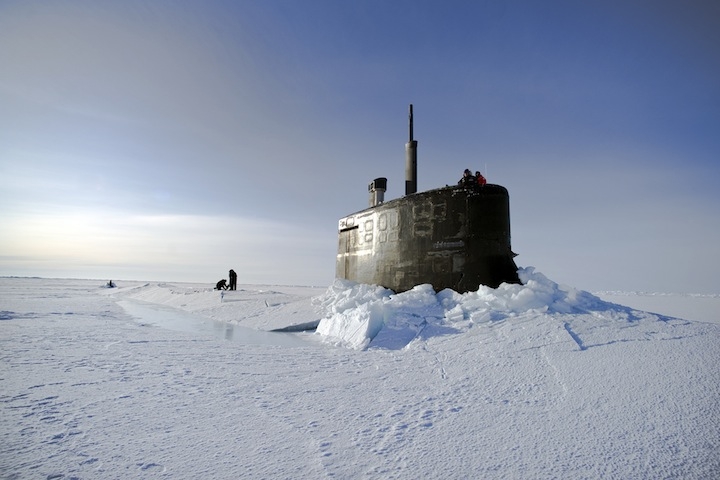 A U.S. navy submarine surfaces through the Arctic sea ice during an exercise.
Credit: U.S. Navy/Flickr

Some of that effort might have to start at home. Brad Plumer at Vox recently highlighted how far behind the U.S. Coast Guard is in the Arctic compared to its Russian and Canadian counterparts. In comparison to their modern fleets, the Coast Guard only has two icebreakers. Upgrading the fleet would be costly — possibly too costly according to some estimates — but would provide support on search and rescue missions, patrolling the high seas and responding to oil spills.

One issue the U.S. is unlikely to have to deal with at the Arctic Council is having other politics spill over into its dealings.

“Even right now with the Russia issue, the Arctic Council has been a model of cooperation. It could serve as a model to bring other states together in other regions,” Humpert said, referring to sanctions placed on Russia for its involvement in conflict with Ukraine.

Beyond dealing with those issues, the U.S. chairmanship also offers a chance to make climate change more tangible to the Lower 48 by giving people in the region and the issues they face a greater voice in Washington, D.C.

“For much of the mainland U.S., climate change is often a pretty abstract idea. For people in Alaska, it’s extremely concrete. My sense is the Administration sees this as an opportunity to bring climate change home to the rest of the U.S.,” Carson said.

Whether that spurs any action on the homefront or builds support behind international climate negotiations remains to be seen. But as with most problems, you have to start somewhere.

“The way to tackle a really big problem is to find the pieces small enough to do something about now while thinking about the bigger ones,” Carson said.