Shift to Dry Years May Bring More Drought to California

For three years, an area of atmospheric high pressure dubbed the “Ridiculously Resilient Ridge” parked itself off the West Coast, keeping California hot and dry for month after month and helping to usher in one of the worst droughts in the state’s history.

Patterns similar to the ridge are happening more often now than they used to, a new study published Friday finds, suggesting a shift toward more extreme dry years and an increased risk of drought in California. 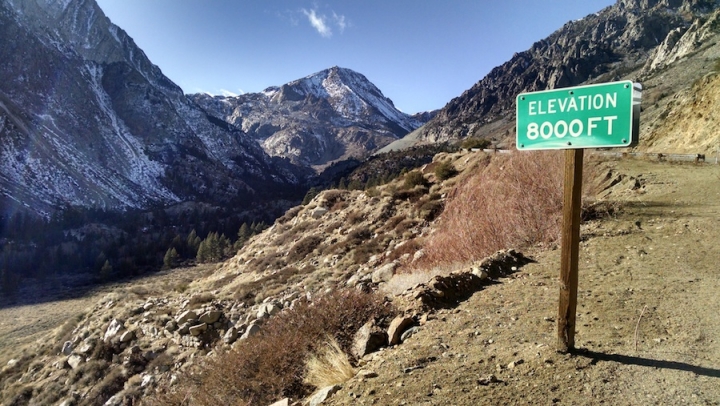 Stanford University PhD candidate Daniel Swain and his colleagues looked at patterns of high and low pressure over the Northeast Pacific and western U.S. during the October to May wet season from 1949 to 2015. They compared the patterns from the top five driest, wettest, warmest, and coldest years to those from all the other years in the record to see if they have tended to pop up more or less frequently over time.

While the patterns of high and low pressure from the wettest years didn’t show a significant change, the pattern of persistent high pressure ridges associated with the driest years happened more frequently in recent decades than in earlier ones, the team found.

That finding, detailed in the journal Science Advances, fits with the conclusions of an earlier study by Swain and his colleagues that suggested such persistent ridging was more likely to occur in a world with human-caused warming than one without it. The new study, however, doesn’t ascribe a cause to the apparent trend — Swain said that will be the subject of future work.

Having a ridge system stubbornly hanging around off the West Coast can be a major deal for California, which often depends on just one or two big storms to supply the bulk of its water and snowpack for the year. The ridge blocks those storms and shunts them farther northward, as it has over recent winters.

The patterns for dry years were more variable than those for the wet years, though most featured a persistent ridge somewhere along the West Coast.

“This finding suggests to me that California, because of it’s location relative to the average position and typical wanderings of the Pacific storm track, can get a dry year in multiple different ways,” Nate Mantua, a climatologist with the National Oceanic and Atmospheric Administration who wasn’t involved with the study, said in an email. This jibes with the fact that the ridging during the most recent drought also shifted in position, he said.

Because the study only deals with trends found in past observations, it can’t predict with certainty that such a trend will continue into the future. Mantua noted that it could simply be a sign of the variations of the climate that can happen naturally over decades.

But if it does continue, that could mean “that maybe we should be experiencing this increase in variability,” Swain said.

“What seems to be happening is that we're having fewer 'average' years, and instead we're seeing more extremes on both sides,” Swain said in a statement. ” “This means that California is indeed experiencing more warm and dry periods, punctuated by wet conditions.”

Chris Funk, a climatologist with the U.S. Geological Survey and U.C. Santa Barbara who also was not involved in the study, noted that other work has also suggested this could be the case for California.

So while precipitation in California overall may not decline — climate models, in fact, suggest that it may increase, because a warmer atmosphere makes more moisture available to storms — the area could see a greater tendency toward drought because there could be more “bust” years.

Swain said that his team's study shows that focusing on how the average, or mean, climate is changing could miss impactful changes, since looking at the average for California would suggest an overall, if slight, tendency to become wetter.

“We need to be considering the extremes in addition to changes in the mean,” he said.