Defects in fracked oil and gas wells in Pennsylvania are leading to methane leaks in shale wells throughout the state — greenhouse gas emissions that could exacerbate climate change, according to a Cornell University study published Monday.

The study, conducted by a team led by Cornell environmental engineering professor Anthony Ingraffea, analyzed more than 75,000 publicly available state environmental compliance records for about 41,000 oil and gas wells that had been drilled between 2000 and 2012 across Pennsylvania, where the energy industry has been producing natural gas from the Marcellus shale. 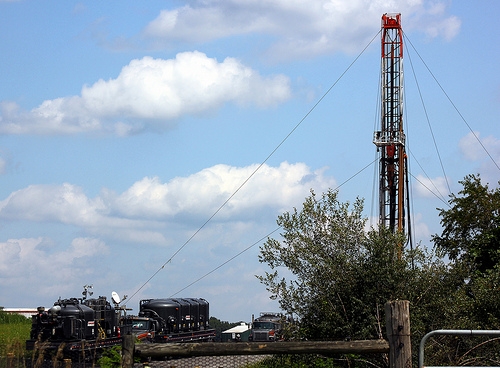 Ingraffea’s analysis found that newer oil and gas wells — those that use modern hydraulic fracturing and directional or horizontal drilling techniques to tap shale gas deposits that were previously uneconomic to reach — are more likely to leak methane than older wells drilled using less advanced technology.

Over a 100-year timeframe, methane is a greenhouse gas that is about 34 times as potent as climate change-driving carbon dioxide, and over 20 years, it’s 86 times as potent.

Methane leaks come from defects in the cement and steel linings of oil and gas well bores that protrude into the earth sometimes thousands of feet. Both groundwater contamination and methane leakage into the atmosphere are the result, according to the study.

The amount and rate of methane leakage is unknown, Ingraffea said.

A recent Princeton University study showed that plugged and abandoned oil and gas wells in Pennsylvania leak methane at different rates, and producing wells could be similar, he said.

Well cementings and casings have a long track record of being imperfect, and sometimes lead to underground leaks.

Pennsylvania state inspectors’ records show that the steel or cement well casings were compromised in up to 9.1 percent of the active oil and gas wells in the state that were drilled since 2000, with a higher risk coming from the newer wells drilled since 2009.

Failure rates of the casings or cementings tend to be higher in northeastern Pennsylvania than other parts of the state, but it’s unclear why, he said.

There is less gas underground in western Pennsylvania than in the eastern part of the state, possibly contributing to a lower well casing failure rate in the west than in the east, he said.

Ingraffea said Monday that the cement used to encase a well bore to prevent fluid and gases from leaking into underground aquifers sometimes fail for many reasons. 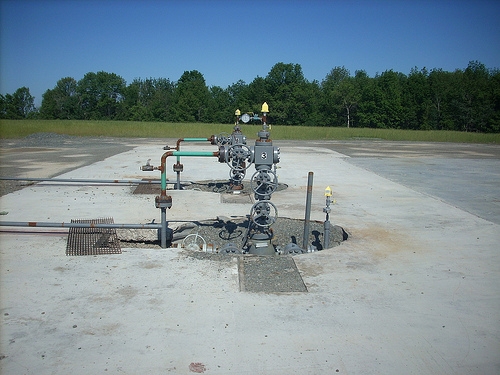 The reports used in the analysis are state public records filed by environmental inspectors who visit individual oil and gas well sites and detect methane leaking from the wells and into the atmosphere, he said.

Ingraffea said he has no data on the rate that the methane is leaking from individual wells.

Pennsylvania State University geosciences professor Terry Engelder, a critic of Ingraffea’s research, said he doesn’t have full confidence in Ingraffea’s conclusions, particularly his analysis of the wells in northeastern Pennsylvania.

“Taken at face value, this paper predicts that for every well that has failed to date, four will fail at some unspecified time no more than 300 weeks into the future,” Engelder said, adding that he needs a better understanding of how Ingreaffea’s team estimated the well failure rate in northeast Pennyslvania in order to gain confidence in the study’s conclusions.

Engelder said that the reasons for higher well casing and cementing failure rates in northeastern Pennsylvania may be more related to geology than problems with the cement jobs used there.

There is less gas underground in western Pennsylvania than in the eastern part of the state, possibly contributing to a lower well casing failure rate in the west than in the east, he said.

Robert Jackson, a professor of global environmental change at Duke University who has conducted research on methane leakage from oil and gas distribution systems, had a different take.

“Hydraulically fractured shale wells appear to have more problems than conventional wells,” Jackson said. “If so, it’s probably because the wells are longer, must bend to go horizontal and take more water and pressure than in the past. The combination makes well integrity a challenge.

“We can’t tell how much methane is leaking to the air based this study. That will require more work.”