Seventh-Warmest Start to the Year on Record 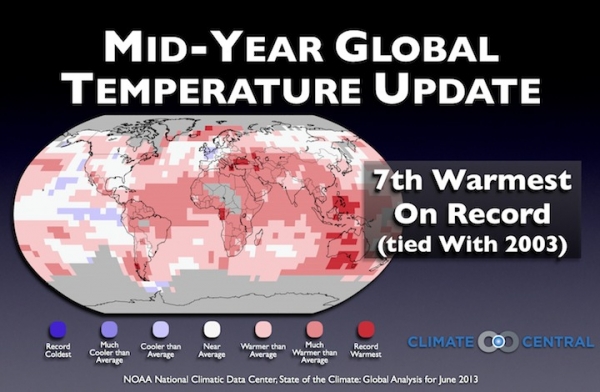 Global temperature records are in for first half of the year, and they indicate a planet with no intention of cooling off. On Thursday, the National Oceanic and Atmospheric Administration released its analysis for the period from January to June. They show that six-month span ties with 2003 as the seventh warmest on record since 1880. Temperatures averaged over both land and sea ran 1.06°F above the 20th century average.

Some of the highlights include: