LONDON – Creatures which live deep beneath the ocean surface are likely to be badly hit by climate change over the next century, a new study says.

The study, by an international research team from the UK, Canada, Australia and France, is the first to quantify future losses in deep-sea marine life, using advanced climate models. 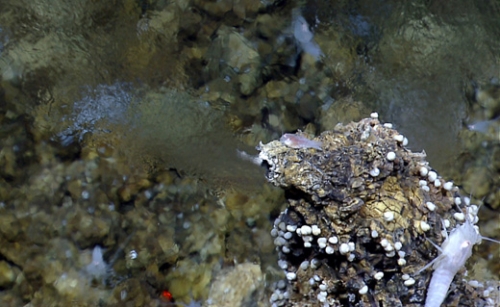 Life that thrives on the seafloor several miles below the surface of the ocean is likely to be severely affected by the changing climate.
Credit: WHOI

The researchers say their results show that even the most remote deep-sea ecosystems are not safe from the impacts of a warming world. They say the weight of the marine creatures that will be lost is greater than the combined weight of every person on Earth.

The scientists predict that seafloor-dwelling organisms will decline by over 5 percent globally and by 38 percent in the North Atlantic over the next century. This is because there will be a reduction in their food source, the plants and animals living at the ocean surface which nourish deep-sea communities when they die and sink to the depths.

The team has found a direct link between climate change and the loss of life on the sea floor. The surface-dwellers will themselves be threatened by a dwindling nutrient supply, triggered by climate impacts such as the slowing of the circulation of the world’s oceans and increased separation between layers of water – known as stratification – as a result of warmer and rainier weather.

In the study, led by the UK’s National Oceanography Center, the team used the latest climate models to predict changes in food supply throughout the oceans. They then applied a relationship between food supply and biomass calculated from a huge global database of marine life. The results of the study are published this week in Global Change Biology.

The changes in seafloor communities are expected despite the fact that they live on average 4 kilometers (2.5 miles) beneath the ocean surface. The lead author, Dr. Daniel Jones, says: “There has been some speculation about climate change impacts on the seafloor, but we wanted to try and make numerical projections for these changes and estimate specifically where they would occur. 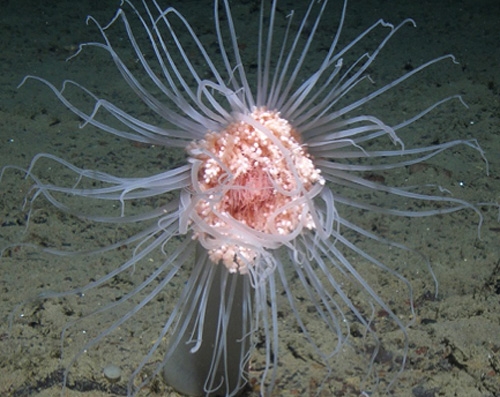 “We were expecting some negative changes around the world, but the extent of changes, particularly in the North Atlantic, was staggering. Globally we are talking about losses of marine life weighing more than every person on the planet put together.”

The changes will vary across the world, but most areas will experience damage. Over 80 percent of all identified key habitats – such as cold-water coral reefs, seamounts and canyons – will suffer losses in total biomass.

The analysis also predicts that animals will get smaller. Smaller animals tend to use energy less efficiently, putting seabed fisheries under further pressure and worsening the effects of the overall declines in available food.

The study was funded by the UK’s Natural Environment Research Council (NERC) as part of the Marine Environmental Mapping Program (MAREMAP).