Scientists: Get Used to Wildfires in a Warming World

Communities across the Western U.S. and Canada may have to adapt to living with the ever-increasing threat of catastrophic wildfires as global warming heats up and dries out forests across the West, according to a University of Colorado study published Monday.

Residents living in neighborhoods adjacent to forests — known as “wildland-urban interface” zones — will have to accept that many wildfires may have to be allowed to burn and that building new homes in fire-prone forests should be discouraged, the study says. 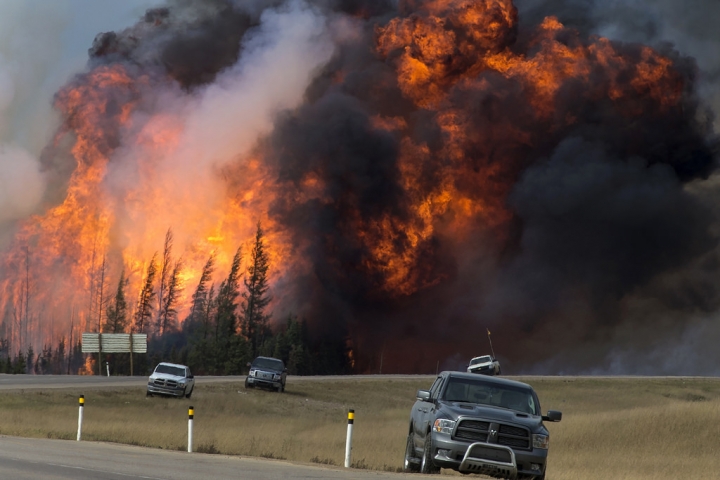 The 2016 Fort McMurray wildfire in eastern Alberta.
Credit: The Premier of Alberta/flickr

Firefighters and policymakers will also have to adapt in new ways as catastrophic wildfires burn more land and destroy more homes than ever before.

Officials have long tried to cut wildfire risk by spending billions of dollars annually to “manage fuels” — physically removing some trees and underbrush from dense forests and intentionally setting some forests ablaze in controlled “prescribed burns.” In the dry season, firefighters rush to fight, or “suppress,” nearly all blazes to prevent them from spreading.

Yet homes and even whole communities still go up in flames, and there’s little indication that many efforts to reduce the risk have done much good, the study says.

“Neither suppression nor current approaches to fuels management adequately reduce vulnerability of communities to increasing wildfire,” said the study’s lead author, Tania Schoennagel, a research scientist at the University of Colorado-Boulder’s Institute of Arctic and Alpine Research. “We’ve been very effective with fire suppression for many years, but wildfires are increasing beyond our capacity to control, especially with more people in fire’s way.”

Park Williams, a bioclimatologist the Lamont-Doherty Earth Observatory at Columbia University, said the paper makes a valuable point: Forest density and climate change have converged to vastly increase catastrophic wildfire frequency and size in a way a that is entirely out of human control.

“We now know that continued increases in fire activity are inevitable, but we’ve been able to come up with no other way forward other than to fight fires as hard as we can,” said Williams,  who is unaffiliated with the study. “All we’re doing is paying huge amounts of money to deliver an even worse problem onto the next generation.”

The West’s increasing vulnerability to catastrophic wildfire was on display in 2016 as much of Fort McMurray, Alberta, was consumed in a firestorm that incinerated 2,400 buildings. The blaze quickly became the most expensive natural disaster in Canadian history. Later in the year, the Blue Cut Fire burned 105 homes near San Bernardino, Calif., and forced the evacuation of 82,000.

All the homes destroyed in those blazes were in the wildland-urban interface zone, an area that includes millions of homes in the West. In California alone, 4.5 million homes have been built in the zone, according to the study.

About 40 percent of the zone is expected to see an increased chance of burning by 2040. Today about 900,000 homes in the zone are at high risk of fire damage across the West, Schoennagel said.

The reason is that climate change is making wildfire seasons longer and more intense. The trend bends toward bigger, more destructive and drought-driven blazes in the West. On average, wildfires burn six times the acreage they did 45 years ago, Climate Central research shows.

Since the 1970s, the frequency of wildfire has increased 1,000 percent in the Pacific Northwest, 889 percent in the Northern Rockies, 462 percent in the Southwest and 256 percent in California’s Sierra Nevada as the mountain snowpack melts earlier and the fire season lengthens, according to Schoennagel’s team’s research.

In the northern latitudes, where Fort McMurray sits, the boreal forest is burning at a rate unprecedented in the past 10,000 years as the wildfire season arrives a month earlier than it did in 1970. In Alaska, the number of large wildfires have doubled in 65 years.

The study says that adapting to climate change and cutting the risk of catastrophic blazes means it’s time for a cultural change in the West. Forests are going to have to be managed differently and people will have to get comfortable with fighting fire with fire — literally.

Forests that have burned either naturally under natural conditions or with prescribed burns are much less likely to burn catastrophically in the future. But prescribed burns account for only a tiny portion of the total area in the West affected by wildfire. Firefighters fight 95 percent of all other blazes in attempt to keep as many acres from burning as possible. 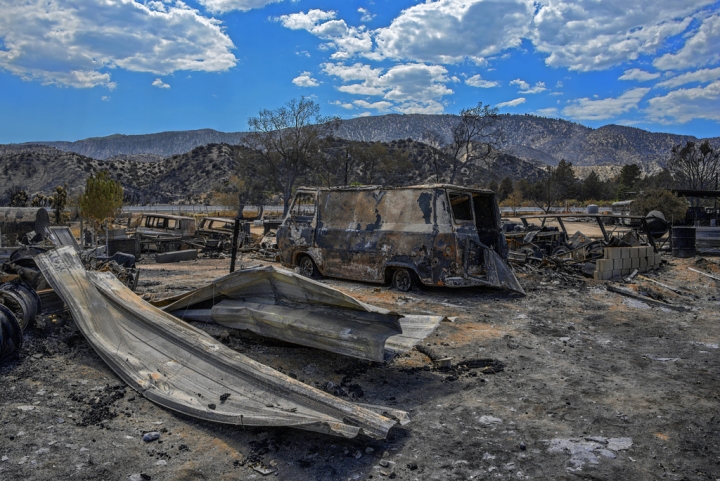 The best way for forests to adapt to climate change is for them to burn, except when they threaten communities directly, the study says.

“As wildfires continue to increase, more and more communities are threatened, and suppression simply will not be able to keep up,” Schoennagel said. “Through suppression, we’ve tried to make fire adapt to us, but going forward, we will have to adapt to it.”

Foresters’ can greatly reduce the catastrophic wildfire risk to communities by conducting more prescribed burns in controlled conditions near where people live and allowing more wildfires to burn freely far from where people live, the study says.

Thinning forests to cut the risk of wildfire doesn’t work well, except in the driest of forests, according to the study. Of all the areas in national forests that have been thinned by hand — known in forestry parlance as “treatments” — since 2001, only 10 percent have come close enough to an active wildfire since they were treated to have had the opportunity to burn.

The effect of that thinning is temporary because the underbrush eventually grows back, requiring the forest to thinned again if it hasn’t burned.

“The effectiveness of most forest treatments last about 10-20 years, suggesting that most treatments have little influence on wildfire,” the study says, adding that between 2006 and 2015, the U.S. Forest Service spent $3.2 billion on forest thinning is likely to have little if any benefit.

Forest thinning is most effective near homes rather than deep in the woods.

People living near forests need to adapt by making it as difficult as possible for their homes to burn by removing wood decks, vegetation and other combustible items from around their homes.

“The first step is to expect that wildfire will come to your door rather than assume it will not,” Schoennagel said.

Officials should also consider creating buffer zones of cleared trees and other vegetation between homes and the forest, while reducing the density of the woods around communities, she said.

Another important step is to discourage new development in forests prone to wildfire.

“By some estimates, 80 percent of the WUI is yet undeveloped, and if this were filled with homes, the risks and costs would skyrocket in combination with increasing wildfire,” Schoennagel said.

Williams said the West has millions of acres of forest that are too dense, and it’s impossible to reduce the risk of catastrophic wildfire in all those forests.

“The public needs to become aware that fire is a natural process and that increases in the frequency and size of large fires are inevitable,” Williams said.