Scientists Urge Obama to Halt Oil Leasing in the Arctic

In a letter being delivered to the White House on Thursday, nearly 400 scientists from more than a dozen countries are urging President Obama to stop future oil and gas drilling in the Arctic Ocean because of the significant environmental and climate risks associated with further fossil fuels exploration there.

“No new oil and gas leasing or exploration should be allowed in the Chukchi and Beaufort seas in the foreseeable future,” the scientists said. 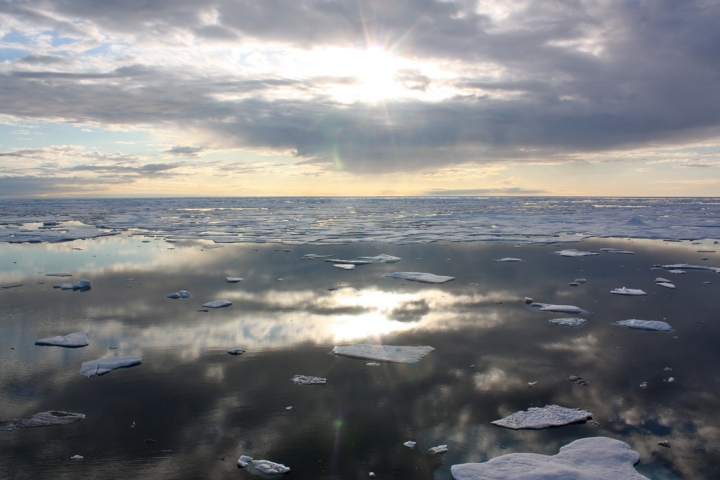 Climate change is warming the Arctic twice as fast as the rest of the world, melting sea ice to historically low levels and threatening the viability of the region’s vibrant ecosystems. The scientists contend that environmentally sensitive areas of the Beaufort and Chukchi seas off of Alaska’s North Slope should be off-limits to oil and gas drilling while protecting the long-term health of the Arctic Ocean.

“The Arctic is home to vibrant communities of indigenous peoples, provides vital marine habitats for iconic wildlife such as beluga whales, walruses, and ice seals found nowhere else in the United States, and plays a critical role in global climate systems,” the letter said. “The region is profoundly affected by climate change — including loss of sea ice, acidification of the ocean, and increased access for industries that pose significant risks to the ocean environment.”

The Beaufort and Chukchi seas should be managed carefully to minimize harm to its ecosystem, the group said. The scientists include  Jane Lubchenco, a former administrator of the National Oceanic and Atmospheric Administration and a co-founder of Climate Central.

Rich in oil and gas, the region has been a target of energy companies for decades. In an effort to slow future development, the Obama administration last year withdrew 9.8 million acres of the Beaufort and Chukchi seas from future federal oil and gas leasing.

The scientists are asking Obama to go even further and fully remove the Beaufort and Chukchi seas from the federal government’s Outer Continental Shelf Leasing Program, which governs offshore oil leasing through 2022. 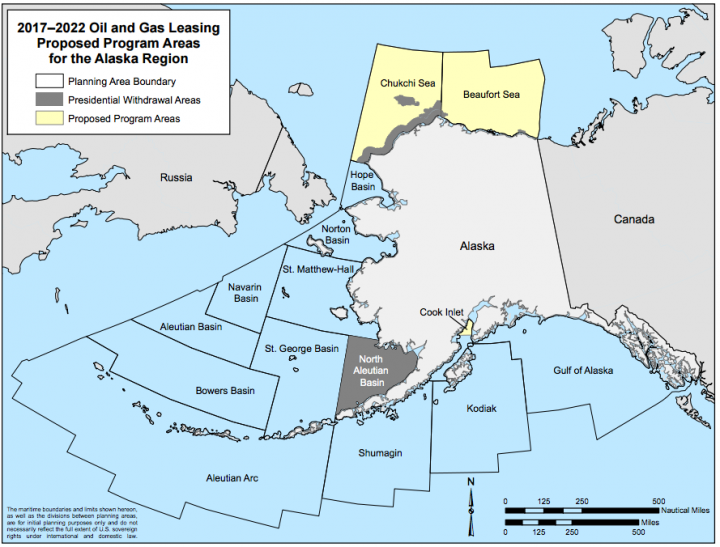 “Beyond those areas you already have withdrawn from oil and gas leasing, there are additional places that warrant consideration because they encompass especially diverse habitats, support high species richness, provide habitat for wildlife during critical life stages, host extraordinary productivity, or otherwise sustain the resilience of the Arctic marine ecosystem,” the scientists wrote.

The White House did not respond to a request for comment.

Ken Caldeira, a climate scientist at the Carnegie Institute for Science, said he signed the letter because further fossil fuels development in the Arctic will make climate change worse.

“If we want to avoid dangerous climate change, we need to be transitioning to an energy system that does not rely on the atmosphere as a waste dump for our CO2 pollution,” Caldeira said. “Instead of encroaching on the last bits of wilderness left on Earth, we should be building a sustainable relationship with the wild and untamed.”

You May Also Like:
With May Record, Global Temps in ‘New Neighborhood’
Global Warming Threatens the World’s Special Places