For the first time, carbon dioxide emissions from an electric power plant have been captured, pumped underground and solidified — the first step toward safe carbon capture and storage, according to a paper published Thursday in the journal Science.

“This opens another door for getting rid of carbon dioxide or storing carbon dioxide in the subsurface that really wasn’t seen as a serious alternative in the past,” said study co-author Martin Stute, a hydrologist at the Lamont-Doherty Earth Observatory at Columbia University in New York. 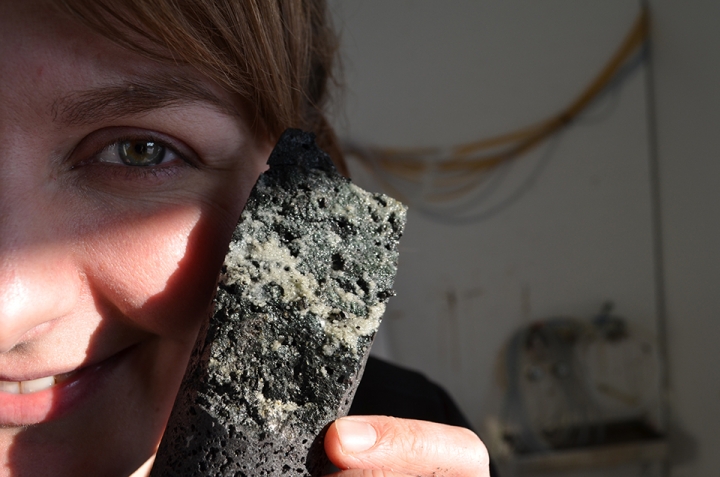 Scientists working at the Hellisheidi geothermal power plant near Reykjavik, Iceland, were able to pump the plant’s carbon dioxide-rich volcanic gases into deep underground basalt formations, mix them with water and chemically solidify the carbon dioxide.

When basalt — a volcanic rock that makes up roughly 70 percent of the earth’s surface — is exposed to carbon dioxide and water, a chemical reaction occurs, converting the gas to a chalk-like solid material. Scientists previously thought it wasn’t possible to capture and store carbon this way because earlier studies suggested it could take thousands of years for large amounts of carbon dioxide to be converted to chalk.

Scientists, working on a project called CarbFix, were able to do it in two years.

“The big surprise is that these reactions happen so quickly — even on an engineering project timescale,” Stute said.

Without carbon capture and storage, or CCS, it may be impossible to keep global warming from exceeding 2°C (3.6°F), according to the Intergovernmental Panel on Climate Change.

Until now, CCS proposals have involved capturing carbon dioxide emissions at power plants, then storing them in liquid or “slurry” form underground where they would stay indefinitely.

Some scientists have said that there could be tremendous risks involved with CCS: The stored carbon dioxide could explosively leak into the atmosphere through fissures in the earth or be placed at risk by terrorism, creating a climate catastrophe.

Turning carbon emissions into stone would solve that problem.

“This is an exciting demonstration of a potentially transformational approach to CO2 storage,” said Jeffrey Bielicki, an assistant engineering professor at Ohio State University who is unaffiliated with the study. “The approach binds CO2 in a way that immobilizes it on a relatively short timeline, especially when compared to the duration of time that we need to keep CO2 out of the atmosphere.”

Risks that carbon dioxide will escape into the atmosphere while it is being stored underground are greatly diminished because the solidification process occurs so quickly, he said.

The catch is that scientists don’t know why the carbon dioxide was solidified within two years in Iceland, or if the reactions would slow down over time. They also don’t know how the process would be affected if power plants were to mix the carbon dioxide with readily available saltwater instead of fresh water.

A few more years of research are needed for scientists to answer those questions, but if the process proves viable, the climate implications are huge, Stute said.

“In the future, we could think of using this for power plants in places where there’s a lot of basalt — and there are many such places,” he said. 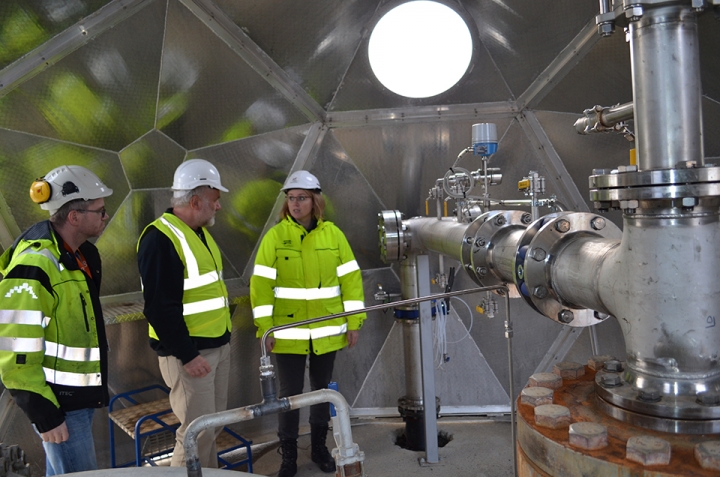 As promising as it sounds, there are many uncertainties about whether solidifying carbon dioxide emissions could be a viable part of a climate strategy, said Bert Metz, a fellow at the European Climate Foundation who is unaffiliated with the study and was the lead author of a 2005 IPCC special report on carbon capture.

Bielicki said scientists need to do more research into how different kinds of basalt affect the way carbon dioxide solidifies before the CarbFix process can be used worldwide.

Stute said the process could eventually be used for direct removal of carbon dioxide from the atmosphere, something that may become necessary if climate change proves to be more catastrophic than scientists fear.

As scientists continue their research on CCS, though, one of the biggest remaining questions is whether policymakers want to include it in their climate goals, Stute said.

“The bigger issue is do we want to do it? Is there political will to capture carbon dioxide and put it underground?” he said. “It should be part of the set of technology and approaches that contribute to a solution in addition to moving to renewable energies, being more efficient.”