The world endured a warm year as President Roosevelt wrangled with crippling drought during the first year of his second term. Scientists now say global temperatures that year, in 1937, were record-breaking for the time. The heat record fell again two years later. More records were set in 1940, 1941 and 1944.

For the first time, climate scientists have identified greenhouse gas pollution’s role in global temperatures measured during record-breaking years back to 1937, as industrialized cities and nations continued burning coal to power factories and trains. 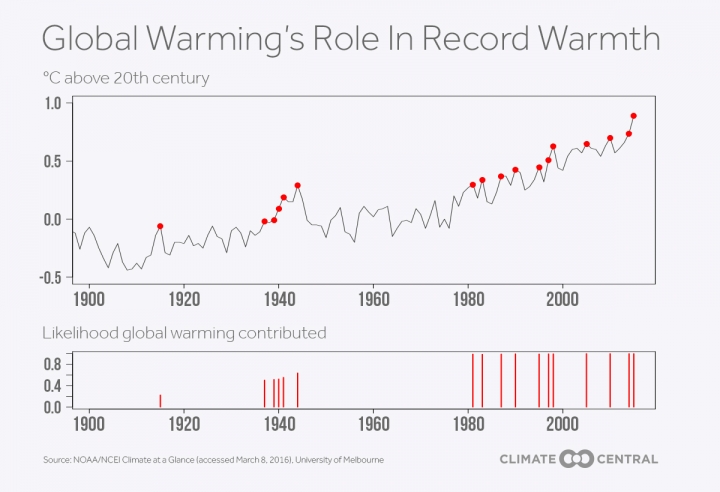 “What we found was that we could actually detect human influence on extreme events a lot earlier than we’d thought,” said Daniel Mitchell, an Oxford University physicist who researches climate change. He was part of an international team of scientists that published the findings this week in Geophysical Research Letters.

The most recent global record, set in 2015, easily surpassed a record set just one year earlier. The first two months of 2016 appear to have broken monthly temperature records.

The team of scientists used earth models to simulate likely temperatures for each year since 1901. Some model runs simulated the effects of greenhouse gas pollution present in the atmosphere at that time; others did not.

By comparing the results, the researchers concluded it was more likely than not that greenhouse gas pollution played a role in setting all of the last 16 yearly global temperature records.

The record set last year saw average temperatures of 1°C (1.8°F) above those of the late 19th century. A United Nations climate agreement was struck in Paris in December, aiming to keep warming “well below” 2°C (3.6°F).

The warming effects of fossil fuel use and deforestation remained relatively slight 80 years ago, when compared with the heavy hand they have played in rapid-fire records set more recently. Even so, the researchers concluded that greenhouse gas pollution in 1937 doubled the likelihood of reaching that year’s high average temperature. 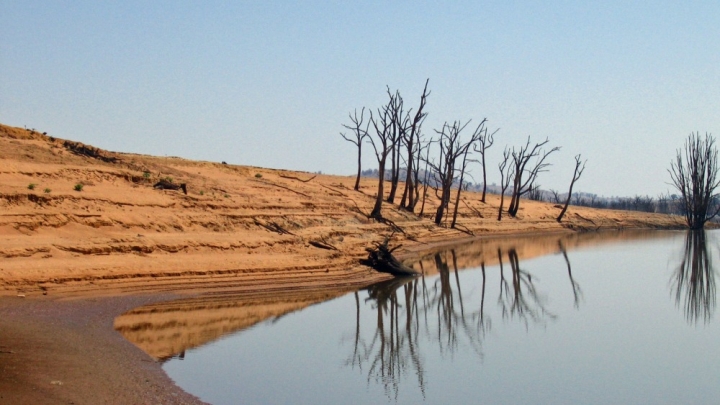 It would have been “virtually impossible” for earth to have reached record annual average temperatures during this century’s four record-busting years were it not for the effects of greenhouse gas pollution, said Andrew King, a climate change researcher at the University of Melbourne.

King, who led the research, said the group was surprised to see how far back they could detect the role of global warming in fueling record temperatures.

“It’s just kind of scary that we’ve been influencing the climate for a very long time, and we haven’t really done anything substantial to limit our emissions,” King said. “We’ve just made the problem worse and worse.”