ANN ARBOR, Mich. — When Sarang Supekar describes how he thinks global warming will have to be stabilized, he talks in terms of sucking a lot of carbon dioxide out of the air and in a very short timeframe.

Supekar, a systems engineer at the University of Michigan, is part of a team developing a computer model that estimates how countries can stay within their carbon budgets, limiting their greenhouse gases so that the earth does not warm beyond the 2°C (3.6°F) threshold. 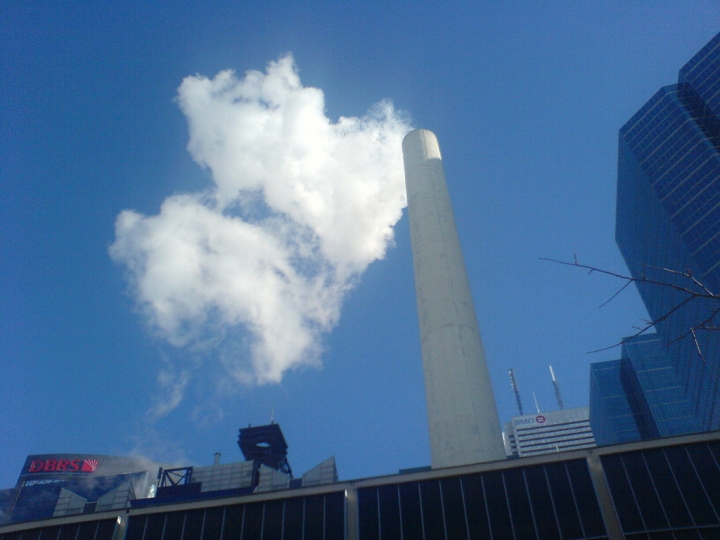 His research, which is ongoing and has not yet been published, is suggesting an increasingly dire situation: Countries may have only until 2026 to begin retiring most old coal-fired power plants and replacing them with 100 percent renewable power sources, or the globe is likely to blow through its carbon budget and exceed 2°C of warming.

What happens if countries miss that target?

“Then we have no option than to remove the CO2 we have already emitted,” Supekar said.

However, nobody is certain if removing carbon dioxide from the atmosphere — something called “negative emissions” — to help stabilize the climate is possible or feasible on a mass scale.

The program Supekar works under at the University of Michigan — Beyond Carbon Neutral — is one of several university programs across the country investigating potential ways of taking large-scale negative emissions out of the theoretical realm and into the real.

The negative emissions technology that exists today is in its infancy. Much more research on carbon dioxide removal is necessary, and understanding the costs is paramount because the technology will take time to develop and scale.

Mounting research suggests that negative emissions may have to be a major part of any global strategy to stabilize the climate because simply slashing carbon dioxide emissions likely won’t be sufficient. That’s something that the Intergovernmental Panel on Climate Change acknowledged when it factored negative emissions into some of its climate stabilization scenarios in its Fifth Assessment Report in 2014.

A National Center for Atmospheric Research study published in July showed that halting global warming at 2°C is likely to require carbon dioxide to be removed from the atmosphere on a large scale by the second half of this century.

But researchers say the world would benefit by developing negative emissions technology as soon as possible. 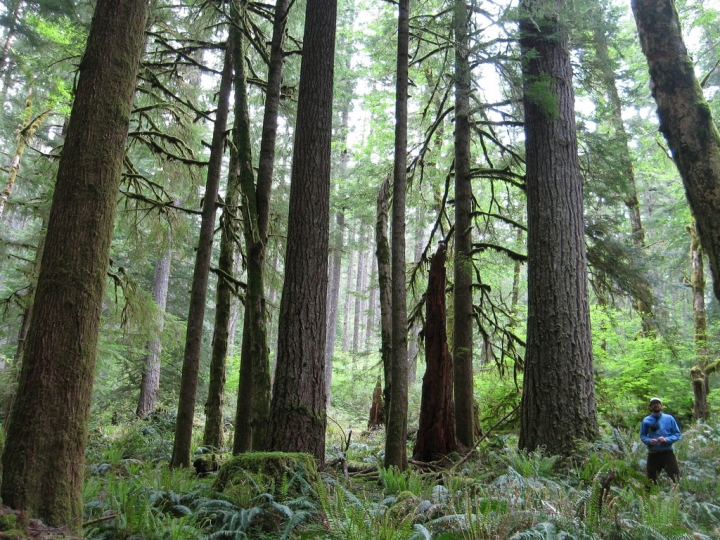 Scientists are studying how to make carbon-dense forests absorb more carbon dioxide from the atmosphere as a way to create negative emissions. Credit: Francis Eatherington/flickr

“I think we should not make the mistake to only look at the second half of the century,” said Sabine Fuss, a climate change mitigation researcher at the Mercator Research Institute on Global Commons and Climate Change in Berlin. “We’re talking about a huge infrastructure that needs to be developed in time and we need to be in a position to make use of it, too, because if we continue to emit as much (carbon dioxide) as we do currently, then negative emissions won’t help us either to achieve ambitious climate targets.”

Scientists are studying many different ways of carbon dioxide removal, including growing trees for biomass electric power production and then capturing and storing the resulting emissions. Other strategies involve planting large forests across the globe, and altering soil management to increase the amount of carbon it can store.

Mark Barteau, director of the University of Michigan Energy Institute and co-founder of Beyond Carbon Neutral, said the one of the biggest challenges to developing negative emissions technology is overall lack of research funding and only recent recognition that it may be necessary at all.

With the global emphasis on emissions cuts, scientists need to think more strategically about how to generate interest in negative emissions so the technology can be developed sooner — the primary goal of Beyond Carbon Neutral, Barteau said.

Researchers at Beyond Carbon Neutral are developing both negative emissions technology and thinking about ways it could be implemented on a broad scale.

Supekar’s model, for example, focuses on what it might look like to build large “negative power plants” — renewable energy-powered installations that would directly remove carbon dioxide from the atmosphere and store it someplace.

He said the model suggests that many thousands of negative power plants would be needed globally, requiring a massive new electric power and carbon storage infrastructure whose cost could range into the quadrillions of dollars.

“Removing emissions using direct air capture as a large-scale mitigation approach is likely to be more expensive by at least two to three orders of magnitude relative to preventing our emissions in the next 10 years,” Supekar said.

Beyond Carbon Neutral scientists are also researching ways that forests can be enhanced to store more carbon dioxide.

Forests can only create negative emissions if they increase the rate at which they absorb carbon dioxide from the atmosphere and keep it locked up in the ecosystem’s roots, tree trunks and soil, said John DeCicco, a University of Michigan climate mitigation researcher and co-founder of Beyond Carbon Neutral.

From a carbon cycle perspective, once plant leaves have removed carbon dioxide from the atmosphere through photosynthesis and stored it in tree trunks and roots, “we are as ahead of the game as we can ever be with respect to the atmosphere,” he said. 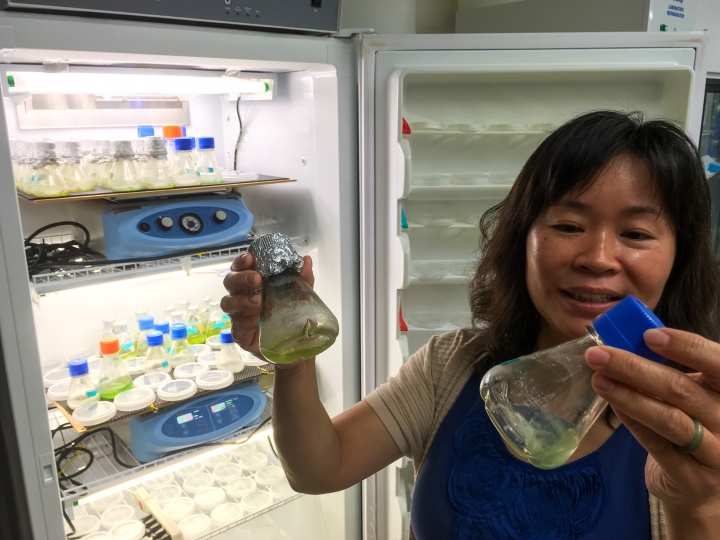 As part of the Beyond Carbon Neutral program, Nina Lin, a chemical engineering professor at the University of Michigan-Ann Arbor, is researching how microbes can help store carbon dioxide from the atmosphere. Credit: Bobby Magill/Climate Central

So the key may be to enhance the rate at which forests absorb carbon — something Beyond Carbon Neutral scientists are studying on private forestlands in northern Michigan.

In the U.S., the more than 500 million acres of federal public lands also present a major opportunity for negative emissions, DeCicco said.

With the federal government as the single land manager of such a vast area of land, ecosystems could be optimized for enhanced carbon storage, he said.

“Instead of a big effort to promote biofuels, that should be completely abandoned from a scientific point of view and we need to be making a full-court press to protect and preserve and expand forests, wetlands, natural grasslands and natural ecosystems that are carbon sinks,” DeCicco said.

Barteau said there are many unanswered questions about how carbon can be removed from the atmosphere, but it’s urgent that those questions be answered sooner than later.

You May Also Like:
Oceans Eating Away at Yet Another Part of Antarctica