A global warming slowdown has come and gone, but an academic brouhaha continues to boil over the nitty gritty details of what once was a great scientific mystery.

On Wednesday, a group of prominent scientists published a commentary faulting colleagues who have published papers downplaying or dismissing the significance of a 13-year slowdown in warming rates at the planet’s surface.

“We shouldn't sweep the early 2000s warming slowdown under the rug,” said Penn State meteorology professor Michael Mann, one of 11 authors of the commentary published in Nature Climate Change. 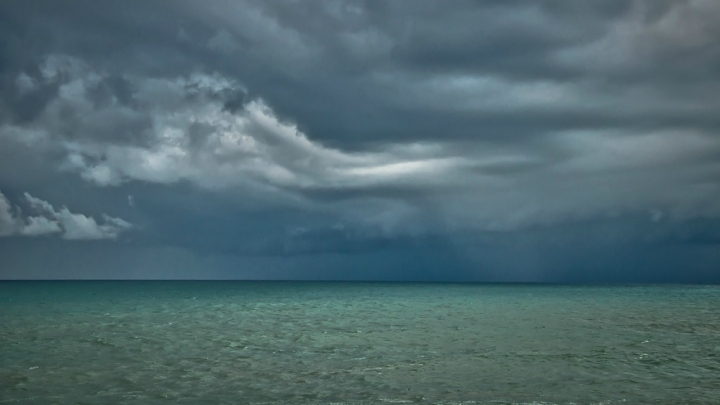 A phase in the Pacific Ocean caused a temporary slowdown in global warming rates early in the 2000s.
Credit: Elizabeth Haslam/Flickr

Temperature measurements taken at the surface of the planet from 2001 to 2014 revealed a lull in the rate of global warming, sometimes called the “warming hiatus,” before spiking upward again. 2014 was the hottest year on record until the record was easily beaten in 2015.

Until 2009, scientists had little explanation for the phenomenon. By 2014, though, it was known that the slowdown was caused primarily by a phase in a slow-moving Pacific Ocean cycle, with fierce trade winds driving more heat than normal into ocean depths.

The slowdown at the planet’s surface coincided with a rise in temperatures in ocean depths, worsening sea-level rise.

“The temporary slowdown in no way implies that human-caused warming has ceased or slowed down,” Mann said. “It was temporarily masked by natural factors.”

Several recent papers have called into question whether the surface warming slowdown was significant. Some of the disagreements boil down to semantics; others relate to interpretations of data.

Wednesday’s commentary lauded the advances in climate science that helped solve the mystery of the slowdown, while rebuking other scientists whose research has concluded that the slowdown was insignificant or unimportant.

“Given the intense political and public scrutiny that global climate change now receives, it has been imperative for scientists to provide a timely explanation of the warming slowdown,” wrote the 11 scientists, who are based in Canada, England, Australia and the U.S. “Despite recently voiced concerns, we believe this has largely been accomplished.”

One of the studies singled out in the commentary was produced by National Oceanic and Atmospheric Administration scientists led by Thomas Karl, who directs the agency’s National Climatic Data Center.

Karl’s team believes some historical records of ocean temperatures are flawed, and they corrected them accordingly.  The result of that analysis led them to conclude in a paper published last year in Science that warming during the early 2000s was “far more similar” to the longer-term trends “than previously estimated.”

That surprise finding prompted Rep. Lamar Smith, a Republican from Texas who is chairman of the House Committee on Science, Space and Technology, to aggressively push for access to the government scientist’s emails, part of an investigation that others have characterized as a witch hunt.

Smith has argued that the NOAA study was “expedited to fit” the Obama Administration’s “aggressive” climate policies — a claim the agency strongly denies.

Karl on Wednesday stood by his work, saying “there is no disagreement” that temperatures and warming rates vary between decades. “We showed that one could not claim that the long-term warming trend was significantly different from the shorter period,” he said. 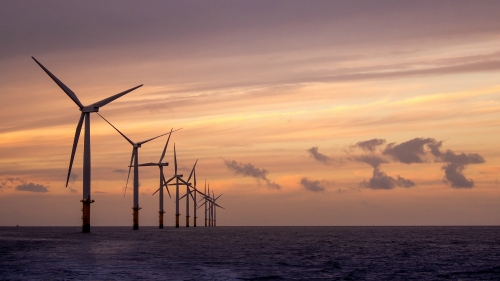 As warming slowed down at earth's surface in the early 2000s, it accelerated at ocean depths.
Credit: Aaron/Flickr

Wednesday’s commentary was a reminder that opposition to NOAA’s findings is not just from politicians and fossil fuel groups, but from researchers who are convinced that the warming slowdown was real — and worthy of a public conversation.

The new commentary included new analysis of temperature data that showed what the authors described as a “mismatch” between early-century rates of warming and rates projected by model simulations.

Fyfe said he had “no doubt” that the commentary would be misused by climate science deniers, but that he had no hesitations about publishing it. “I don’t think we should be in the business of pandering to the climate deniers.”

Two other teams of scientists whose papers were critiqued in the commentary downplayed any differences in opinion, pointing to the consensus that global warming and natural variability both affected early-century surface temperatures.

“Their perspective is very much in line with our previously published work,” said Noah Diffenbaugh, one of four Stanford researchers who wrote a paper published last year in Climatic Change provocatively titled “Debunking the climate hiatus.” “Global warming has resulted in a long-term trend superimposed on natural climate variability.”

Another paper criticized in the commentary was published last year by the Bulletin of the American Meteorological Society. In it, three scientists led by University of Bristol cognitive psychology professor Stephan Lewandowsky concluded that “there is no evidence that identifies the recent period” of warming as “unique or particularly unusual.”

That paper argued against the use of the term “global warming hiatus,” or “pause,” which is sometimes used to describe the recent global warming slowdown.

Wednesday’s commentary agreed that recent temperature trends have been framed “in an unfortunate way,” suggesting that “reduced rate of warming” or “temporary slowdown” would better describe them.

Although Lewandowsky’s paper was singled out in Wednesday’s commentary, he said it fundamentally addressed different scholarly questions.

“As far as we’re concerned, there’s no discrepancy,” Lewandowsky said. “They share our view that warming never stopped, and we don't actually disagree at all.”