International scientists are calling for an overhaul of the United Nations' “blockbuster” climate reports ahead of the delivery of the next big assessment.

The reports from the Intergovernmental Panel on Climate Change are compiled by hundreds of scientists and are considered the definitive assessment of global climate risks, with the next big report due to be released in Stockholm this month.

But the IPCC's core mission is now under challenge from the very scientists who compiled those reports, as well as some governments. 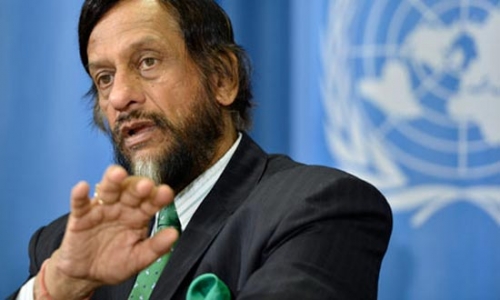 The IPCC, chaired by Rajendra Kumar Pachauri, is facing criticism from scientists who contribute to its climate reports.
Credit: Martial Trezzini/EPA via The Guardian

The governing body of the IPCC will discuss its future at a meeting in the Georgian resort town of Batumi in October and later in Berlin, a spokesman said.

“What sort or products should the IPCC be producing, over what kind of time scale? Do we need this blockbuster report every six or seven years or do we need more frequent reports? That is the sort of thing that is going to be discussed there,” IPCC spokesman Jonathan Lynn said.

Governments have begun weighing in on the IPCC's future, with America and some European countries pushing hardest for change.

The next big push could well come from the climate scientists responsible for producing the reports.

Thomas Stocker, a climate scientist at the University of Bern and a co-chair of the U.N. climate panel, said he had sought permission to convene a public debate on the future of the IPCC at one of the biggest gatherings on the scientific calendar, the fall meeting of the American Geophysical Union (AGU).

Some 22,000 people are expected at the meeting, which takes place in San Francisco in December. Stocker said he saw the meeting as a chance to broaden the discussion on the future of the IPCC.

“With that input directly bottom-up from the scientists, I can help in this discussion and certainly facilitate that the views of scientists, those individuals and colleagues that carry the burden of the assessment and provide their time and intellectual expertise, are heard,” Stocker said. 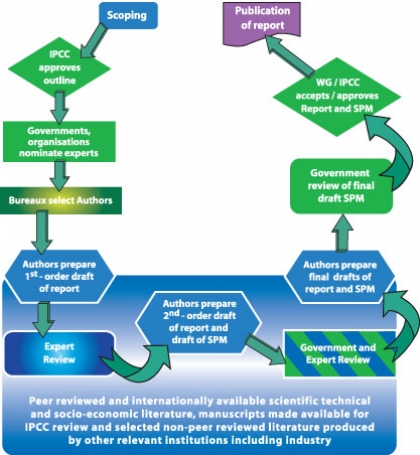 The AGU would not respond directly to questions about the climate science town hall.

Other expert contributors to the IPCC reports said they believed it was time the panel shifted focus — from production of mega reports to more targeted studies, looking more closely at certain regions, or phenomena.

The IPCC was set up in 1988 to provide the most authoritative report on global climate change, enabling governments to prepare for a future of rising seas, droughts, extreme weather events, and other consequences.

It has delivered its landmark reports every six or seven years since then, relying on the participation of some 1,300 scientists from around the world to arrive at an expert consensus on the pace of climate change, and its effects.

The IPCC shared the Nobel peace prize with Al Gore in 2007. But in 2010, the U.N. climate panel was forced to admit there was an error in the report on the rate of retreat of Himalayan glaciers.

The error was in one paragraph in a 900-page report. But it was seized on by those who doubt the science behind climate change, and those who oppose controls on carbon pollution, to try to damage the credibility of the entire IPCC exercise.

Now, as the IPCC puts the finishing touches to the latest report, some of the climate scientists involved argue the mammoth effort of getting hundreds of scientists to review hundreds of journal articles — all on a volunteer basis — would be better put to studying regional impacts of climate change, or specific phenomena.

“I think myself that the IPCC has outgrown its usefulness in the way in which it does things,” said Kevin Trenberth, a climate scientist at the National Center for Atmospheric Research in Colorado.

Andrew Weaver, a lead IPCC author and a Green party leader who earlier this year was elected to the British Columbia legislature, agreed it was time to shift away from the blockbuster style of reports.

The scientists said the science on the causes of climate change and its global effects was already well-established. Given the rate and extent of climate change, it would be more useful to governments which rely on the IPCC reports to have scientists working on more targeted reports on specific topics, which would be delivered every year or two. 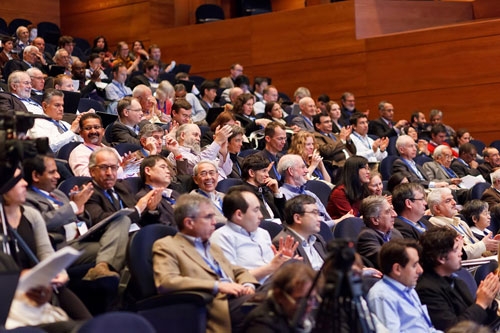 “My own view is that ... it would be healthy for the IPCC to focus on regional impacts and to focus on individual phenomena rather than the big global thing. The way to go forward would be to pick an issue and to work together in an interdisciplinary way,” Weaver said.

Scientists could then look at the drivers of regional and specific effects of climate change, which are still not entirely understood, he said.

Trenberth argued that with the effects of climate change already visible in real-time in terms of extreme weather events, the international community could not afford to wait for several years to hear from scientists.

“We can't wait seven years between assessments,” he said.

Stocker said he wanted to discuss ways of easing the burden on IPCC scientists.

Scientists involved in compiling the reports sift through huge amounts of material. The report due out this month contains some 1,250 new scientific graphs alone.

But Stocker said scientists must squeeze in the work along other obligations. The scientists are not paid for their work on the IPCC.

“The top issue is really the burden that is placed towards the scientists, that you have to keep track of so much peer-reviewed material. You also are confronted with a huge amount of model simulations. We are talking about petabytes of data,” he said.

“There is a simple question: can the scientific community do that still on a voluntary basis, with basically no institutional support other than the support you have for carrying out your research as you would do normally?”