Former Texas Gov. Rick Perry, a climate science denialist who once said that he wanted to shut down the U.S. Department of Energy, is expected to be President-elect Donald Trump's nominee to run that very agency.

In Perry’s famous “oops!” moment in 2011 that helped derail his candidacy for president, he forgot the name of the Energy Department during a Republican debate when asked which federal agencies he would eliminate. 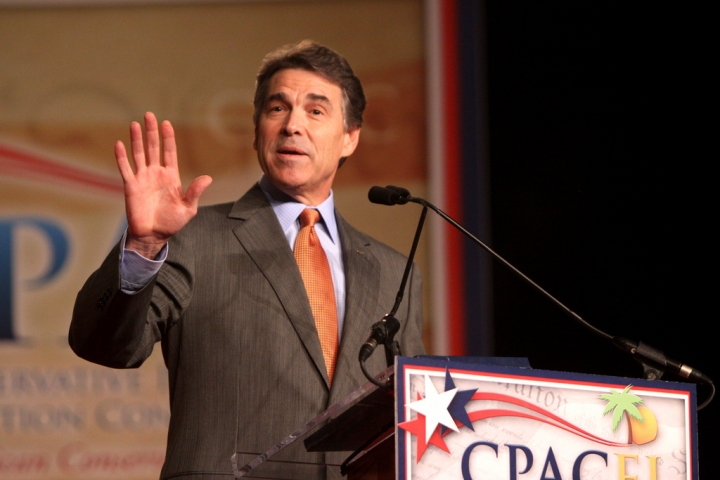 Perry is an ardent critic of Obama administration climate policies and denies that humans are causing climate change. He has falsely said that human-caused global warming is not “settled science by any sense of the imagination.”

“Calling CO2 a pollutant is doing a disservice to the country, and I believe a disservice to the world,” Perry told the Dallas Morning News in 2014. “I’m not a scientist, (but) short term, I’m substantially more concerned about Iran changing the temperature of New York.”

Perry is a former U.S. Air Force captain with a bachelor’s degree in animal science from Texas A&M University. He served as Texas’ governor over a 14-year period during which the state became the nation’s top wind power producer and a leader in shale oil and gas development.

Texas also is the nation’s leader in carbon dioxide emissions from energy consumption, sending nearly twice the carbon pollution into the atmosphere as California and three times that of New York, DOE data show.

As secretary of energy, Perry would oversee an agency that has a wide-ranging impact on U.S. energy policy, renewable energy research and development, and record keeping on U.S. patterns of energy production and consumption.

The DOE is in charge of all of America’s national laboratories, including the National Renewable Energy Laboratory and others such as the Lawrence Berkeley National Laboratory, which together form one of the world’s largest scientific research institutions.

Many of the national laboratories conduct research into the global impacts of climate change, sources of greenhouse gas emissions, and technologies that could be used to reduce carbon pollution. The DOE is also in charge of America’s nuclear energy research and helps fund climate-related scientific and energy research at universities nationwide. 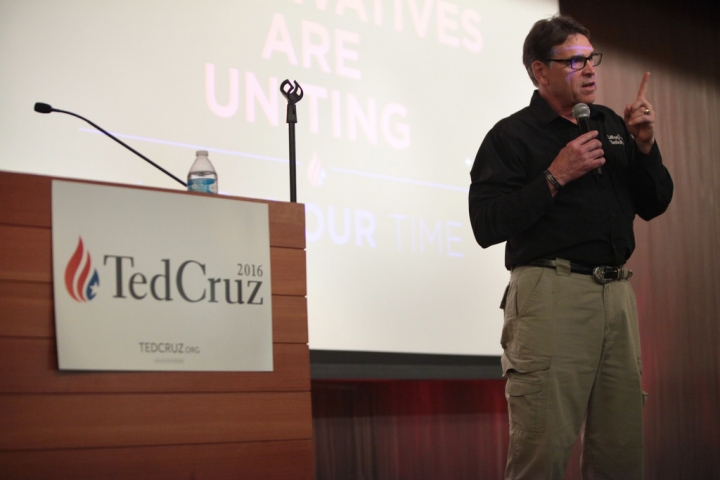 Trump’s transition team appears to be scrutinizing the DOE’s climate-related research and work. It sent a questionnaire to DOE management last week asking for details about its climate and renewables-related activities and requesting the names of all the DOE’s employees involved in those projects.

The DOE announced Tuesday that it is declining to provide the names of any individual employees to the transition team.

“The fact that the Trump transition team appears to be targeting employees whose work relates in some way to climate change is only more worrisome given that Gov. Perry doesn’t believe in climate science,” said Robert Cowin, director of government affairs in the Union of Concerned Scientists’ Climate and Energy Program.

“Given his record as governor in Texas, it’s hard for me to see him going after clean energy with prejudice, but it indicates that they want to remove climate as a key aspect of DOE policy,” Cowin said. “Perhaps of greater concern is that it might be a preview of what’s to come from a science intimidation and scientific integrity standpoint in a Perry-run DOE.”

Perry’s nomination is receiving mixed reviews from scientists and observers who champion the DOE’s climate and renewables work.

“We do know that Rick Perry had proposed that the department be abolished, although it is not clear that at the time he understood that the mission that consumes the largest share of the budget of the Energy Department is nuclear weapons and security,” said Jeremy Firestone, director of the Center for Carbon-Free Power Integration at the University of Delaware. “But it does provide a cautionary note for the important energy research that DOE supports and conducts.”

Firestone said Perry has little experience in energy or nuclear security and does not have the technical expertise that Moniz has.

Cowin said Perry likely understands that clean energy is a pro-growth strategy, but only as part of an energy policy that includes fossil fuels and other non-renewable sources of power.

“But he certainly saw the business opportunity with wind energy, and helped turn Texas into a national leader,” Cowin said. “As governor, he supported a clean energy mandate, some clean energy innovation, and was a genuine champion for wind energy and expanding transmission across the state to bring wind to new markets.”

Michael Gerrard, director of the Sabin Center for Climate Change Law at Columbia University, said an early test of Perry’s priorities will be what he does with one of the DOE’s least-known but most important jobs — setting energy efficiency standards for appliances and industrial equipment. 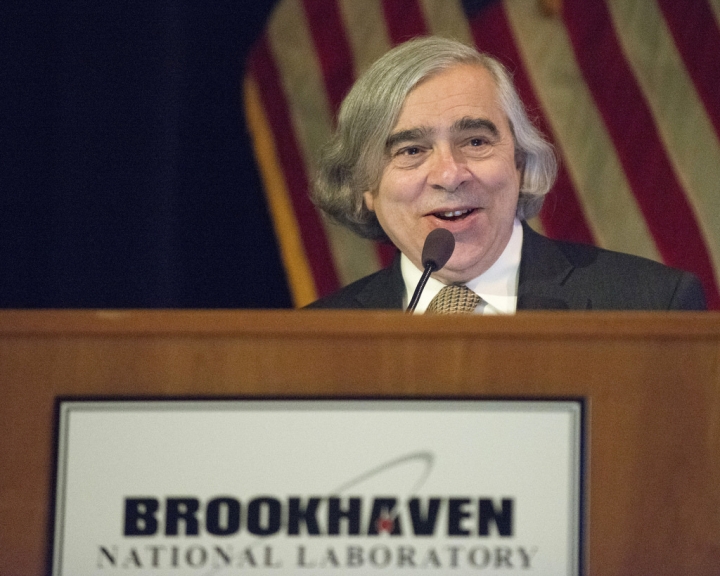 Those standards help reduce the sales of natural gas, electricity and other forms of energy, and Perry’s actions on those standards will show whether he will be pro-energy or pro-consumer, Gerrard said.

Jennifer Layke, director of the World Resource Institute’s Energy Program, said Perry comes from a state that has worked hard to boost renewables even as it remains a leader in fossil fuels production.

“Recent signals about Trump administration’s energy agenda suggest a return to an earlier era and outdated energy model,” Layke said. “This would undermine hundreds of small businesses and thousands of workers who are working in the clean energy sector. It would stand in conflict with the country’s shift to a low-carbon, climate-resilient economy.

“It is very disappointing yet not surprising that Mr. Trump would nominate to be secretary of energy an individual who just five years ago indicated that he wanted to eliminate the entire department but could not even remember its name,” Stavins said.

You May Also Like:
The Arctic is a Seriously Weird Place Right Now
U.S. Record Highs Will Far Outpace Lows With Warming