LONDON – The world’s richest countries have made some progress since the 1990s in limiting environmental damage. But they have not done enough to prevent catastrophic climate change, according to the OECD, the Organization for Economic Co-operation and Development.

Scientists say that carbon dioxide emissions need to start going down in the next decade to prevent global temperatures reaching dangerous levels. But the OECD predicts that levels of carbon dioxide will continue to rise and by 2050 will be 50 percent higher than today. 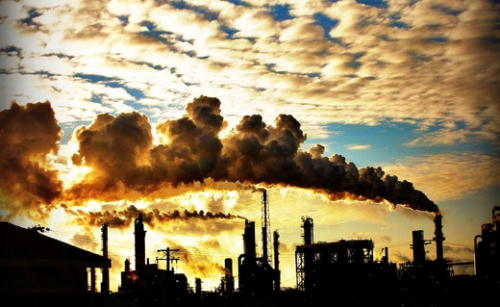 The OECD predicts that levels of carbon dioxide will continue to rise and by 2050 will be 50 percent higher than today.
Credit: Williamson/Flickr

The 34 OECD countries in the survey are mainly the older mature economies which in the 1970s produced well over half the world’s CO2 emissions from their factories and transport. Now the OECD share of total world emissions has dropped to 30 percent, but only because of the vast increase in the energy use of China and other high-growth countries like Brazil, Russia, India, Indonesia and South Africa. These now account for 40 percent of global emissions on their own.

There is some good news in the report. Some OECD countries have both increased production and reduced CO2 emissions by introducing renewables and energy efficiency.

The problem for those that fail to do so appears to be political, with countries like Australia and Canada, which have repudiated the Kyoto Protocol, apparently also abandoning most policies to combat climate change.

The report, Environment at a Glance 2013, says that on average there has been progress. Since 1990 there has been a drop of 25 percent in the amount of energy required to produce a unit of production in member countries, but this is well short of what is needed to safeguard the planet.

The report, which reviews OECD members’ efforts to combat climate change by reducing fossil fuel use, says that the overall energy mix has barely changed in 20 years. There is still an 80 percent reliance on fossil fuels, although there has been a lot of switching from coal to gas, which does reduce emissions.

Renewable energy is still only 9 percent of the total energy supply. Another problem is the increasing demand for transport. Smaller, more efficient engines are failing to offset a 17 percent increase in vehicle numbers.

The major political driver for reducing emissions since 1997 has been the Kyoto Protocol. Countries which made pledges to reduce emissions, principally those in the expanded European Union, have made most progress.

This is partly due to the economic recession and exporting some dirty industries to China and other developing countries, but domestic efficiency measures and switching to renewables has helped. 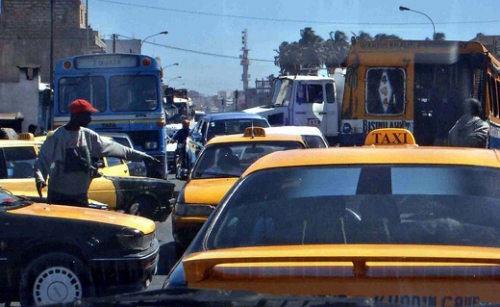 Among the worst performing countries are those that made pledges under the Kyoto Protocol and subsequently abandoned them for political reasons – the United States, Canada and Australia.

The top four countries in the per capita emissions table (the amount of CO2 emitted for each person in a country) has Australia in the lead and Luxembourg second, followed by the United States and Canada.

Luxembourg makes the list only because of its low taxes on fuel, which mean that motorists from neighboring countries fill up their cars at its petrol pumps and then drive back over the border.

Australia relies heavily on coal burning to power its industry and also exports large quantities of coal to China. The new government turned its back on international efforts to combat climate change last year. Canada had previously done the same, deciding instead to exploit its tar sands for oil production, involving high-energy use.

The United States has high per capita carbon emissions because of the lavish lifestyles of its citizens and a powerful Republican lobby that supports the fossil fuel industry and blocks any attempt to combat climate change.

On what the OECD calls “a positive note,” its members have slashed emissions of sulphur oxides by 69 percent since 1990 and of nitrogen oxide by 36 percent in the same period.

Sulphur oxides, in various forms, are a chief cause of acid rain and a potent greenhouse gas. Nitrogen oxides are also a contributor to climate change and low level ozone, which damages plants and buildings and irritates human lungs.

These reductions have been possible because of political action, showing that it is not the lack of technology that prevents the world tackling climate change but the lack of will and legislation.