As scientists seek ways to control greenhouse gas emissions to slow climate change, the federal government is on a mission to prove whether rock formations deep beneath the Atlantic Ocean can be used to store and lock away human carbon dioxide emissions.

The U.S. Department of Energy, which has been researching carbon dioxide storage for years, announced $12 million in new research grants this month to learn the potential of the Atlantic sea floor to sequester carbon along the U.S. East Coast and Gulf Coast. 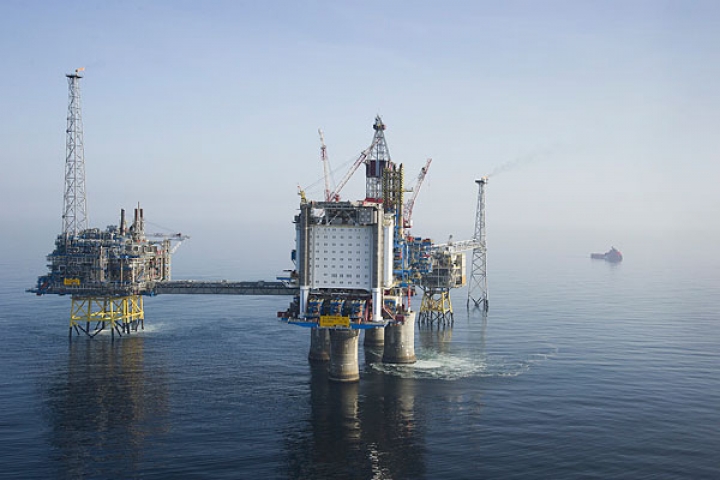 The world's first undersea carbon storage project is off the coast of Norway.
Credit: Stanford University/Statoil

Carbon capture and storage, or CCS, is among the technologies both the Intergovernmental Panel on Climate Change and the federal government see as one of the best solutions to control greenhouse gas emissions without forcing utilities to fully quit using fossil fuels.

Generally speaking, carbon storage works like this: Carbon dioxide is captured from a power plant or oil refinery, compressed and then injected into air-tight rock formations deep underground. Outside of small projects at fossil fuel refineries and power plants — the world’s first carbon capture project at a coal-fired power plant opened last year in Canada — CCS has never been implemented on a wide scale.

The National Energy Technology Laboratory’s carbon storage program is aiming to change that and has a goal to launch commercial undersea CCS projects between 2025 and 2035.

The four CCS research projects receiving federal funding this month will take another step toward that goal, exploring whether offshore carbon storage is feasible in both the Atlantic Ocean and Gulf of Mexico.

“The technologies being developed and the small- and large-scale (carbon) injection projects conducted through this program will benefit the existing and future fleet of fossil fuel power-generating facilities and other industrial CO2 sources, including petroleum refineries and chemical manufacturing,” according to the laboratory’s statement announcing the CCS research grants.

Storing carbon dioxide emissions beneath the Gulf of Mexico has several advantages: It’s close to Gulf Coast coal-fired power plants and oil refineries, the geology of the Gulf has been thoroughly studied because of the extensive oil and gas development that has occurred there, and some of the oil and gas pipelines and other infrastructure existing there could be used to transport carbon emissions.

“Every type of industrial source of CO2 that’s widely recognized is available somewhere on the Gulf Coast,” which could feed into undersea carbon storage areas, Tip Meckel, research scientist at the University of Texas-Austin Gulf Coast Carbon Center, said.

Meckel is leading a research team that received one of the federal grants. They hope to determine whether carbon can be stored deep under the ocean floor in areas of the Gulf of Mexico that have been heavily drilled for oil and gas. 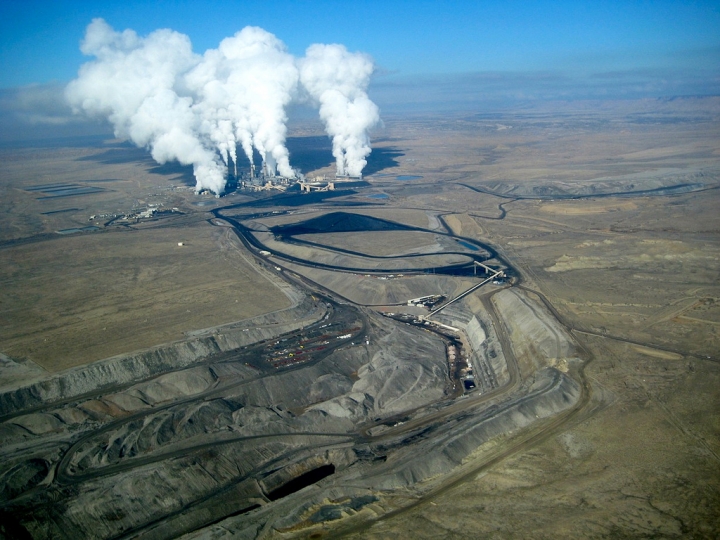 Carbon capture and storage projects are being tested to trap and sequester emissions from coal-fired power plants.
Credit: WildEarth Guardians/flickr

One of the biggest advantages of storing carbon offshore is that the sites are far from population centers and protect drinking water from carbon dioxide leakage, he said.

Onshore carbon storage within reach of population centers also suffers from the lack of space.

“If you look along the coastal areas, they’re highly crowded — there is hardly any space for doing projects like this,” said Neeraj Gupta, senior research leader for CCS at Battelle Memorial Institute, which is studying the feasibility and risks associated with storing carbon offshore between Long Island and Baltimore.

There are numerous coal and natural gas-fired power plants serving the major cities of the Northeast. In theory, some emissions from those plants could be captured and piped offshore and stored in rock and sediment deep under the Atlantic, he said.

Two other CCS projects also received federal research grant funding this month. GeoMechanics Technologies will study an area of the Gulf of Mexico to learn whether it can store carbon dioxide and analyze existing oil and gas pipelines and other infrastructure to find out if they can be used to transport carbon dioxide emissions.

The Southern States Energy Board will lead a study estimating how much carbon dioxide can be stored off the entire East Coast and Gulf Coast.

Each project will begin later this year.