Across the American West, climate change has made snow melt earlier, spring and summers hotter and fire seasons longer. One result has been a doubling since 1970 of the number of large wildfires raging each year. And depending on the rate of future warming, the number of big wildfires in western states could increase as much as six-fold over the next 20 years.

Beyond the clear danger to life and property in the burn zone, smoke and ash from large wildfires produces staggering levels of air pollution, threatening the health of thousands of people, often hundreds of miles away from where these wildfires burn. The critical component of a fire’s smoke is so-called “fine particle” air pollution, which is a direct threat to human health even during relatively short exposures. And the pollution levels produced by these wildfires are extremely high: high enough to potentially increase mortality in susceptible populations, like the elderly and those with heart conditions, and increase emergency room visits for asthma sufferers and others with respiratory conditions.

This analysis looks at air pollution from some of the largest wildfires in the West over the past 12 years. 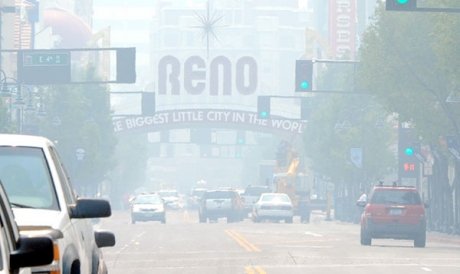 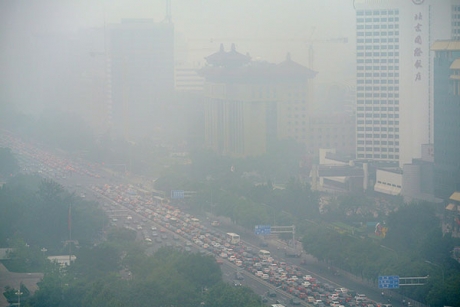 This year has seen particularly bad examples. Grants Pass, Ore., experienced hazardous air quality this summer, caused by the Douglas Complex and Big Windy Complex fires burning in Southern Oregon. For nine days this summer, Grants Pass had air quality so poor that it was unhealthy for anyone to be outside. On five of those days, fine particle pollution was literally off the charts — higher than the local air quality meter could read.

Rapidly warming spring temperatures and a shrinking snowpack make for a longer fire season, up to two months longer on average across the West. Hotter summers dry out the forest more rapidly and intensely than in the past, and fire suppression practices have increased the fuel supply, further increasing the risk of large, intense fires. Exposure to fine particulates in wildfire smoke – particles about 30 times smaller than the width of a human hair – pose a significant health risk for anyone, but particularly children, the elderly, and people with existing respiratory problems. They can penetrate deep into the lungs, increasing the mortality risk and health and lung problems, according to the U.S. EPA. As we continue to warm the planet, wildfires will increase in intensity and size, causing an increasing number of severely unhealthy air pollution days that in turn increase mortality in the elderly and those with heart conditions, while sending a growing number of children and sensitive people to emergency rooms in respiratory distress.

Related Content
Report: The Age of Western Wildfires
Annual Number of Big Wildfires is on the Rise
2012: The Hottest U.S. Year on Record
Interactive Wildfires Map Tracks the Blazes in Real-Time
Australia's Bushfires and the Role of Climate Change
The Heat is On: U.S. Temperature Trends