Global investments in renewable energy, including wind and solar, hit a world record in 2015.

The world collectively spent nearly $286 billion on renewable energy development in 2015. The investment comes following an unprecedented worldwide boom in renewables in 2014 that suggested some countries are shifting dramatically toward low-carbon energy. Rising investments are in part being driven by the falling cost of solar and wind farm construction.

Yet even more investment is needed to avoid the worst impacts of climate change. Low and no-carbon energy sources are a major part of the solution outlined in the Paris climate agreement struck last year to keep global warming within 2°C (3.6°F) of pre-industrial temperatures. 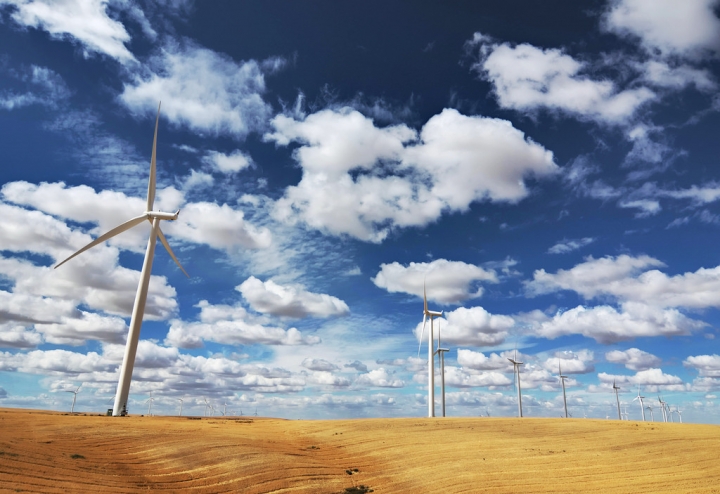 Much of that came from China, which put $103 billion into renewable energy, up 17 percent over 2014 and making China the global leader when it comes to renewable investments.

Installations of solar and wind power generation facilities broke a global record for a second year in a row, hitting 118 gigawatts in 2015 — enough renewable energy to power more than 88 million homes. About 94 gigawatts were built in 2014.

“Although 2015 was a landmark year with the signing of the Paris agreement, the good news about renewables uptake is still not nearly enough to stabilize emissions below the 2°C trajectory,” Eric Usher, chief of the UN Environment Programme Finance Initiative, said.

Solar, wind and other low-carbon electricity sources have prevented 1.5 gigatons of greenhouse gases from being emitted per year over the past decade compared to a global electric power system running mostly on fossil fuels, he said.

To reach the 2°C goal, annual emissions need to be cut an additional 10 gigatons by 2020.

That’s a huge challenge, Usher said, because many coal-fired power plants currently in use are built to last 40 years or more, and many have 20 or more years of life left in them, making it unlikely utilities will shut them down anytime soon. 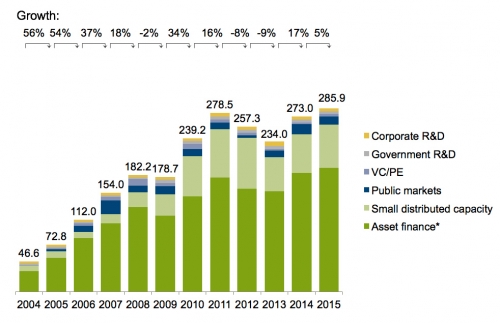 “Despite ambitious signals from COP21 in Paris and the growing capacity of new installed renewable energy, there is still a long way to go,” Frankfurt School President Udo Steffens said, referring to the Paris climate negotiations. “Coal-fired power stations and other conventional power plants have long lifetimes. Without further policy interventions, climate-altering emissions of carbon dioxide will increase for at least another decade.”

The wave of investments in renewables is striking because plummeting oil and natural gas prices since 2014 should make power plants running on fossil fuels more attractive to investors, he said.

“However, commitments made by all nations at the Paris climate summit in December, echoing statements from last year’s G7 summit, require a very low or no-carbon energy system,” Steffens said.

You May Also Like:
California Snowpack Returns, But Fears Held For Future