Coal-fired power plants have been going dark across the U.S. for several years now as many utilities use more natural gas than coal to generate electricity — a move thought to be more climate friendly because burning natural gas emits about half as much carbon than coal.

That switch has been considered one of the primary reasons for a tumble in carbon dioxide emissions in the U.S. between 2007 and 2012, but a new study has found that the falling emissions were more likely caused by an overall drop in consumption during the Great Recession. 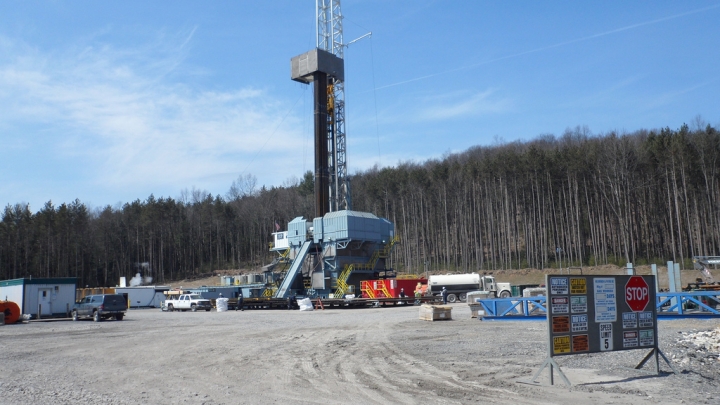 “There’s been this suggestion so often that (natural) gas has caused this decrease in emissions,” but it played only a bit part, Steven J. Davis, a coauthor of the University of California-Irvine study and an assistant professor of earth system science, said. “Hopefully, this will wake some people up.”

Two years ago, the federal government was hailing a milestone in greenhouse gas emissions in the United States: Carbon dioxide emissions from burning energy — the primary cause of climate change — had fallen for a fifth year in a row, and the carbon intensity of the U.S. economy had fallen faster than at any point in more than six decades.

In 2014, the U.S. Environmental Protection Agency said overall U.S. greenhouse gas emissions had fallen to their lowest point in 20 years.

The federal government pinned the emissions decline partly on the use of natural gas for electricity as well as a lagging economy. The hydraulic fracturing, or fracking, boom has helped drive down natural gas prices, encouraging utilities to use more gas instead of coal.

But since 2013, U.S. energy-related carbon dioxide emissions have begun to creep up again, rising 2.5 percent between 2012 and 2013, an increase the federal government pins on colder winters requiring more energy for heating and an increase in the carbon intensity of the economy.

The UC-Irvine study, an economic analysis of U.S. energy use and emissions between 1997 and 2013, found that U.S. carbon dioxide emissions fell 10 percent between 2007 and 2009, a drop that was concurrent with a major fall in the consumption of goods and services because of the recession. That falloff was responsible for about 75 percent of the decline in U.S. carbon dioxide emissions, according to the study.

Utilities’ switching from coal to natural gas was responsible for only 18 percent of the emissions decline, suggesting that using more natural gas to generate power may have only a small climate benefit, the study says.

Part of the reason is that natural gas doesn’t just substitute for coal, the study says. It also slows the expansion of solar, wind and other renewable power sources when natural gas prices are low.

“Moreover, CO2 emissions are not the only consideration; a growing number of studies show that increased leakage of methane from new natural gas infrastructure can offset CO2 reductions relative to coal,” the study says.

Numerous studies have shown that natural gas pipelines and other infrastructure leak large but unquantified amounts of methane, which is up to 35 times as potent as carbon dioxide as a climate change-driving greenhouse gas. 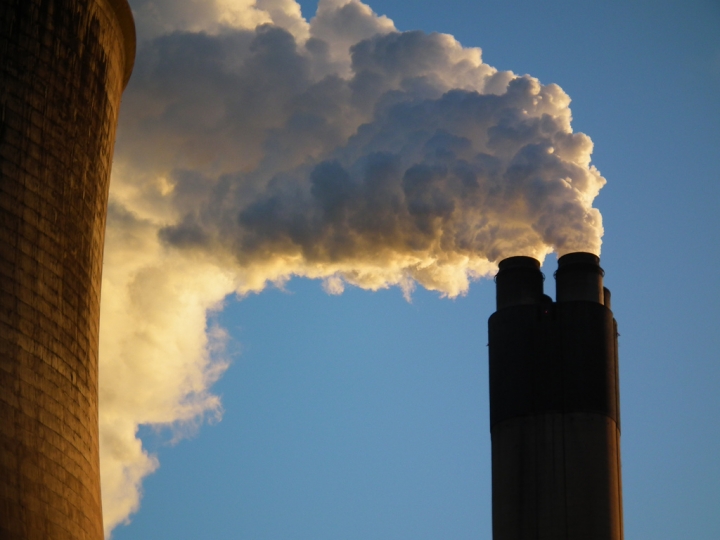 Utilities have begun switching from coal to natural gas for electric power generation, but that may have had a smaller effect on U.S. carbon emissions than previously thought, according to a University of California-Irvine study.
Credit: Dave Ellis/flickr

Cornell University environmental engineering professor Anthony Ingraffea, whose research has focused on methane leaks from natural gas pipelines and wells, said the UC-Irvine study doesn’t provide much new information, rather, it confirms the conclusions of many other scientists.

Despite both the drop in carbon dioxide emissions tallied by the federal government and the increased use of natural gas for electricity generation in recent years, it’s likely that carbon emissions in the U.S. actually increased during the period the UC-Irvine researchers studied because methane leaks from natural gas infrastructure are unaccounted for in the government’s data, he said.

Ken Caldeira, a professor at the Carnegie Institute for Science’s Department of Global Ecology, said the paper shows that natural gas is not a solution to global warming.

“This paper belies the myth that reductions in carbon dioxide emissions are primarily due to expanding use of cheap natural gas, and that we are somehow going to solve the climate problem by expanding a fossil fuel industry that depends on using the atmosphere as a waste dump for carbon dioxide pollution,” Caldeira said.

Robert N. Stavins, a professor of business and government at Harvard University’s Environmental Economics Program, said that it is well known that the Great Recession contributed to a fall in U.S. carbon dioxide emissions in addition to utilities switching from burning coal to natural gas.

Stavins said that if the study’s methods prove to be rigorous, its results would be “interesting, but not revolutionary.”

“The fact that emissions fell because of decreased economic activity is not particularly informative for public policy purposes, unless of course one thinks that retarding economic growth is a sensible climate policy,” Stavins said.

But that’s exactly what the study’s authors want the public to consider.

“In places like the U.S. and Europe and developed parts of the world, we need to be critically thinking about whether we should grow our consumption indefinitely,” Davis said. “We have to question this idea about growing consumption being the goal of society.”