Evidence continues to mount that climate change has pushed the Arctic into a new state. Skyrocketing temperatures are altering the essence of the region, melting ice on land and sea, driving more intense wildfires, altering ocean circulation and dissolving permafrost.

A new report chronicles all these changes and warns that even if the world manages to keep global warming below the targeted 2°C threshold, some of the shifts could be permanent. Among the most harrowing are the disappearance of sea ice by the 2030s and more land ice melt than previously thought, pushing seas to more extreme heights. 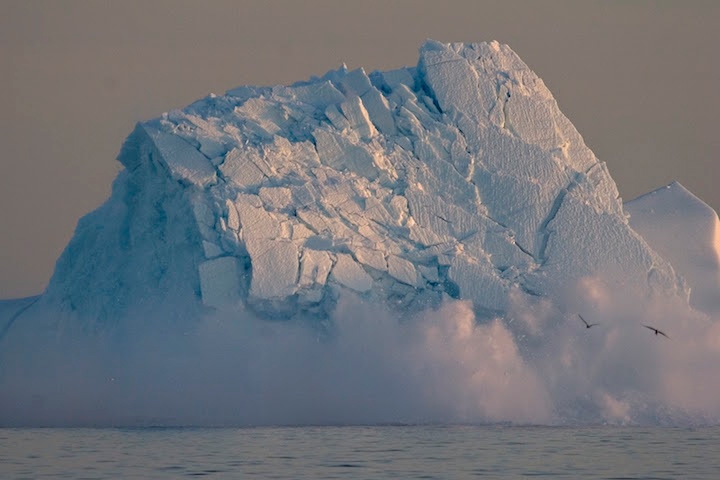 The findings, released Monday in the Snow, Water, Ice and Permafrost in the Arctic (SWIPA) assessment, come after a winter of extreme discontent for the region. Sea ice receded a bit in November, a rare occurrence, and hit a record-low maximum for the third year in a row. Temperatures averaged 11°F above normal, driven by sustained mild weather that was punctured by periods of almost unheard of heat when temperatures reached up to 50°F above normal.

This past winter is just the latest in a string of bizarre years and the report, authored by 90 Arctic experts, is the latest in a long line of increasingly dire warnings for the fastest-warming region on the planet. If carbon pollution isn’t slowed, parts of the Arctic could warm a whopping 16°F by the 2050s.

“With each additional year of data, it becomes increasingly clear that the Arctic as we know it is being replaced by a warmer, wetter, and more variable environment,” the scientists wrote. “This transformation has profound implications for people, resources and ecosystems worldwide.”

Sea ice is disappearing and could be a thing of the past by the 2030s. The decline of sea ice is well documented. It’s disappearing in all seasons with the fastest shrinkage in the summer months. Old ice, which has formed the bedrock of sea ice for decades, is also declining precipitously. That leaves new ice in its place and susceptible to melt.

The new analysis shows that the average number of days with sea ice cover has dropped by 10-20 days per decade since 1979. Some areas, such as the Barents and Karas seas, have seen even steeper declines. Disappearing sea ice means the darker ocean left in its wake absorbs more energy from the sun, speeding the warming in the region.

That’s why the new analysis suggests the Arctic could be ice-free during the summer by the 2030s. An ice-free Arctic would open shipping routes, increasing pollution in a fragile region. It would also open access to offshore oil and gas, which could spark competition for those resources.

Permafrost is becoming less, well, permanent. Arctic soil holds up to 50 percent of the world’s soil carbon. Rising temperatures are melting permafrost, causing it to release some of the carbon into the atmosphere.

While the carbon release so far has been relatively small, rising temperatures have the potential to rapidly reshape the landscape and speed the melt. 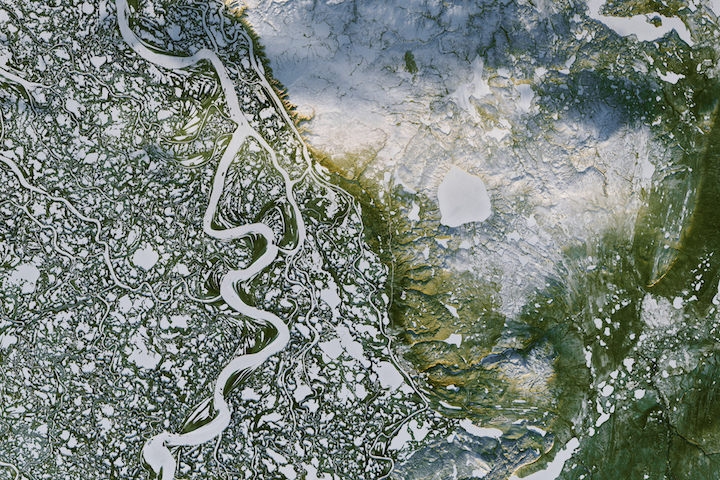 “We may start to see widespread degradation in permafrost . . . somewhere in the timescale of 20-30 years,” Vladimir Romanovsky, a permafrost expert at the University of Alaska, said.

Melting permafrost also poses a massive issue for communities in the Arctic, which are built on what was previously solid ground. Infrastructure from Siberia to Alaska to Canada is sinking and further thaw will only worsen these impacts.

Land ice is disappearing, raising seas and altering ocean circulation. The biggest impact for the globe is the melt of land ice from Greenland’s massive ice sheet. It’s the biggest land ice driver of sea level rise, and it’s been melting at a quickening rate since 2011.

“I want to stress those numbers are probably underestimates,” Jason Box, a Greenland ice sheet researcher and one of the report’s authors, said. “They haven’t yet put in all the sensitivities we’re finding in the SWIPA reports. All these other sensitivities are ones we didn’t have in our minds before and they’re adding up and multiplying each other.”

If carbon emissions continue on their current trends, the report indicates 29 inches would be the low end of sea level rise estimates by 2100, roughly 9 inches higher than the minimum IPCC estimate. And that’s just the low end, with more sea level rise possible as scientists untangle the web of melting in Greenland as well as the Antarctic.

The massive rush of freshwater into the Arctic Ocean is also reshaping ocean circulation and the ecology of the region. Researchers have seen a marked slowdown in North Atlantic circulation as cold, fresh water off Greenland’s southern tip has acted as a roadblock to the currents that steer water through the region. That has the potential to mess with ocean circulation as well as weather patterns, particularly in Europe.

The changes in the Arctic are a harbinger of what’s in store for the planet if we continue to emit carbon pollution. Some of these changes are likely irreversible. But the report does note that if the world sticks to its goal in the Paris Agreement, the region could reach an equilibrium that while different from its present state, is still less radical than the fate it faces if we keep going down the current carbon path.

You May Also Like:
The Fingerprints of Global Warming on Extreme Weather
Pollution From Canada’s Oil Sands May Be Underreported
China, India Become Climate Leaders as West Falters
Climate Change Was the Epicenter of March for Science