LONDON – U.S. scientists have measured the rate at which mountains make the raw material for molehills – and found that if the climate is rainy enough, soil gets made at an astonishing speed. And in the course of this natural conversion of rock to fertile farmland and forest loam, carbon is naturally removed from the atmosphere. 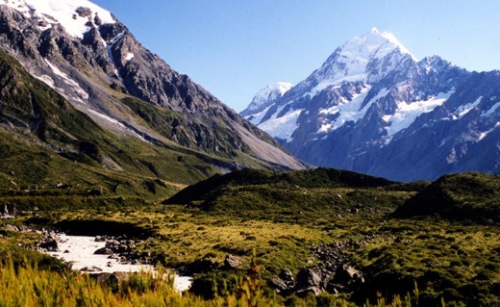 Rain is making molehills out of mountains with significant implications for carbon in the atmosphere.
Credit: Flickr/DragonWoman

Isaac Larsen of the University of Washington in Seattle and colleagues from California and New Zealand took a closer look at rates of weathering on the western slopes of the Southern Alps in New Zealand. They report in Science that, according to their measurements, rock is being transformed into soil more than twice as fast as previously believed.

On the ridge tops of the New Zealand mountains, soil was being manufactured by chemical weathering (which is scientific shorthand for rain splashing on rock) at the rate of up to 2.5 mm a year.

“A couple of millimeters a year sounds pretty slow to anyone but a geologist,” said David Montgomery, one of the authors. “Isaac measured two millimeters of soil production a year, so it would take just a dozen years to make an inch of soil. That’s shockingly fast for a geologist, because the conventional wisdom is it takes centuries.”

The research matters because – once again – it throws new light on one of the dark regions of the climate machine: how carbon dioxide is removed from the atmosphere, at what rate, and where it goes and where it all ends up.

The Southern Alps of New Zealand are in geological terms young, and still going up in the world: they include some of the fastest-uplifting mountains on the planet. They are also among the rainiest: more than 10 meters (33 feet)  of precipitation a year, on average.

Uplift – the process of mountain-building – provides fresh new rock for weathering to work on. Rainclouds arrive on the prevailing winds from the Tasman Sea, hit the mountain sides, rise, condense and release their burden on the western slopes, to generate colossal run-off, lots of silt and rock fragments and dissolved silica, and to nourish dense, vigorous forests at the bottom of the slope.

And along with all this trickling water and new soil is a steady delivery of carbon, removed from the atmosphere’s carbon dioxide.

The hypothesis that mountains play a role in chemical weathering, carbon dioxide removal and climate change is not new. Decades ago scientists argued that when the continent of India slammed into Asia and lifted up the Himalayas and the Tibetan plateau more than 50 million years ago, this process generated conditions for monsoon rainfall that accelerated the removal of carbon dioxide from the atmosphere at such a rate that global temperatures dropped dramatically and ushered in the Ice Ages. 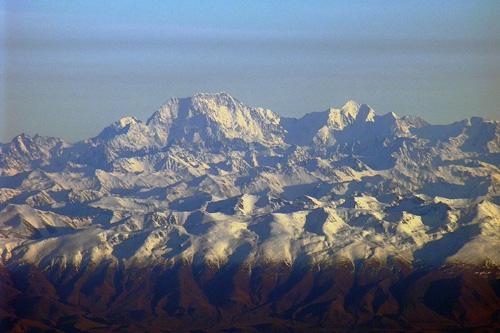 Such an argument is difficult to clinch, but the latest research from New Zealand certainly lends support to the reasoning that new mountain chains are influential components in the climate machine.

Larsen and colleagues calculate that the young, wet mountain chains of the world make up only 14 percent of the land area that drains into the ocean, but account for 62 percent of the sediment, 38 percent of the total dissolved solids and 60 percent of the dissolved silica delivered down the rivers and into estuaries and deltas and ultimately to the sea, where huge quantities of this run-off settle to become carbonate rock.

Mountains, in effect, are agencies that turn carbon dioxide from the air into limestone beneath the sea, and the evidence from the Southern Alps is that this happens more speedily than anyone first thought.

To complete the research, the scientists had repeatedly to take helicopter rides to the highest ridges, hike down to collect a burden of new soil, and then climb the steep mountain slopes again to await the return flight.

Back in Washington, they tested their soil samples for levels of beryllium-10, an isotope made at the Earth’s surface by cosmic rays, and therefore an indicator of the newness of the soil, and the rate at which it formed.

“I’ve worked in a lot of places,” said Larsen. “This was the most challenging fieldwork I have ever done.”