ARAVAIPA CANYON, Ariz. — Willow and cottonwood trees, verdant with springtime foliage, draped over the shallow Aravaipa Creek in mid-February as if forsaking any notion of winter.

The blooming trees and abundant plant life, along with rare species of desert wildlife, make the Aravaipa Canyon Wilderness so biologically diverse and sensitive to human intrusion that it is one of a handful of wilderness areas in the country that have a daily cap on the number of visitors. This wild slice of the Sonoran Desert is also potentially a major bulwark against the effects of climate change, as are many of the protected public lands across the country. 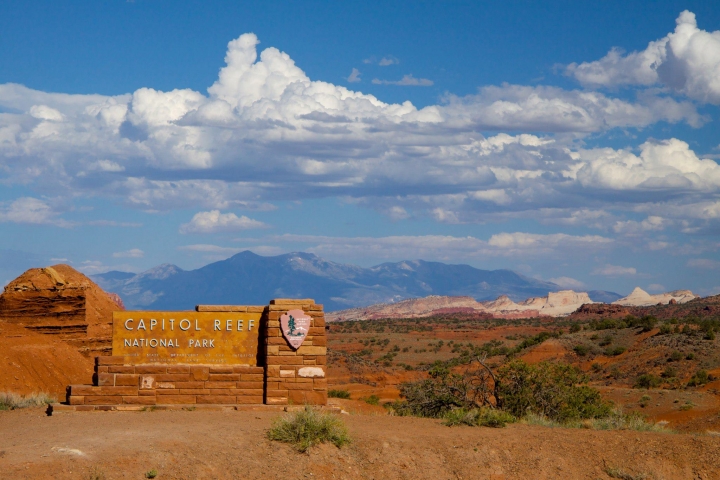 The west entrance to Capitol Reef National Park in Utah. The Henry Mountains, in the background, are not within the park, but on public lands managed by the U.S. Bureau of Land Management.
Credit: Bobby Magill

Congress created the Aravaipa Canyon Wilderness in 1984, protecting a rugged canyon in a remote corner of southern Arizona southeast of Phoenix, a tiny 19,000-acre fraction of America’s vast public estate, which is rich in energy, scenery, diversity and wilderness.

Add up all the national parks, forests, wildlife refuges, wilderness areas and other lands, and the public estate totals more than 609 million acres, or roughly 27 percent of the land area of the U.S. — enough land nearly equal to the land mass of California, Texas and Alaska combined. Among them are the Grand Canyon; the high and wild peaks of Montana’s Glacier National Park; the much-contested Arctic National Wildlife Refuge in Alaska; the Ivanpah Solar Electric project in California; the Hurricane Sandy-battered Rockaway Beach in New York City, and the mountain sources of Denver’s water supply high in Colorado’s national forests.

But as scientists gain a greater understanding of the role public lands play in helping to mitigate climate change, the future of those lands is less and less certain as the federal government’s ability to manage those lands is threatened or weakened by champions of state control and opponents of federal regulation. At the same time, climate change itself threatens the ecological balance of those lands.

Antipathy toward the federal government in parts of the West and the scale of its control of land and natural resources there has sparked a long-simmering backlash in some states, where federal park rangers and other land managers sometimes face the possibility of violence for being representatives of the federal government. 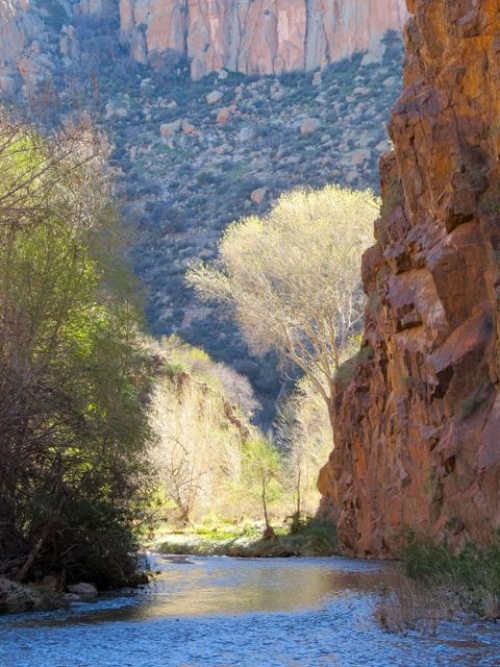 That antipathy is the driving force behind a movement in Utah, Montana, Nevada and other Western states seeking to force the federal government to cede public lands to the states as a way to use many of them for mining and fossil fuels extraction as each state sees fit.

“Why would the people of the U.S. turn over to an individual state extraordinary assets, not just in the form of parks and wilderness areas, but mineral assets that are so important to the economic welfare of the country?” Robert Keiter, a University of Utah law professor at the Wallace Stegner Center of Land, Resources and Environment, said.

A study mandated by the Utah Legislature and published last November by Utah’s three largest universities concluded that the only way for the state to afford the cost of managing that land would be to drill it for oil and gas, and mine it for coal. A resolution declaring that oil and gas development is the “highest and best use” of many of the state’s most sensitive public lands is quickly passing through the Republican-controlled Utah Legislature.

“I think the transfer of the (public) lands wouldn’t just encourage, it would almost require more serious resource extraction,” Nick Lawton, a staff attorney at the Green Energy Institute at Lewis and Clark Law School in Portland, Ore., said. “From a climate point of view, the best thing to do with fossil fuel resources still in the ground is to leave them in the ground.

“If you’re talking about taking back national forests, then, yeah, you could see increased rates of logging and reduction of valuable carbon sinks,” he said.

The Utah Legislature is now considering a bill to sue the federal government to force it to act on the state’s claim for the land. 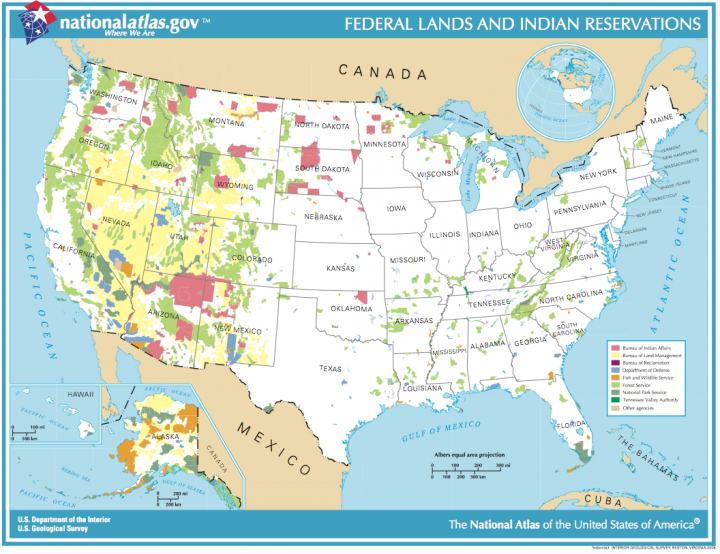 There are about 609 million acres of federal public lands in the U.S. When coupled with the additonal land owned by the U.S. Dept. of Defense, the federal government manages about 635 million acres, roughly 28 percent of the land mass of the U.S.
Credit: The National Atlas of the U.S.

A ‘Natural Solution’ to Climate Change?

The Obama administration aims to navigate some of those challenges with widespread renewable energy development, particularly on BLM land in California, Nevada and Arizona. The BLM is developing numerous renewable solar, wind and geothermal power projects on federal land, part of the administration’s Climate Action Plan aiming to permit 10 gigawatts of renewable energy projects on public lands by 2020, enough electricity to power nearly 5 million homes.

An international committee of Canadian, Mexican and U.S. government land management agencies called NAWPA is among the globe’s few organizations looking at protected public lands as a natural solution to climate change. 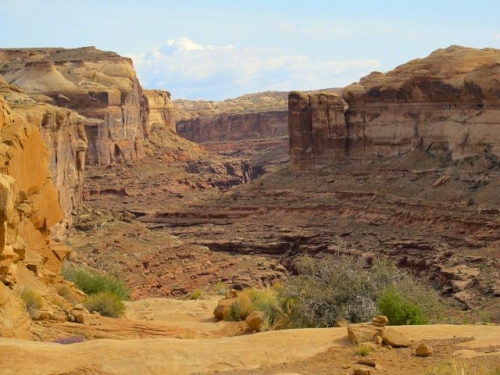 NAWPA has identified six ways public lands help combat global warming: Public lands and the forests they protect help people and ecosystems respond and adapt by capturing and storing carbon. Public lands conserve biological diversity and protect the “ecosystem services” —  clean air and water — that mountains and woodlands provide. They connect landscapes to provide migration corridors for wildlife to shift their habitat as the climate warms. They provide the most intact ecosystems against which scientists can measure change in a warming world. And, the wonders of nature protected on public lands provide inspiration for people who may be moved to take action on climate change.

Leigh Welling, the National Park Service’s Climate Change Response Program chief and one of the agency’s NAWPA representatives, said that in a warming world, it’s critical that public lands and their ecosystems remain intact. That allows scientists to learn how they adapt to climate change and what greater role those lands can play in reducing atmospheric greenhouse gas emissions, especially protecting forests.

“Deforestation is a major contributor to carbon dioxide in the atmosphere,” Welling said. “Let’s try to keep our forests intact so we don’t turn all that wood [into] carbon and put it into the atmosphere.”

Though some of the most carbon-rich forests in the U.S. exist in national forests in the Pacific Northwest, national park officials throughout the region are talking about the parks’ role in storing carbon in a warming world.

“There’s no question that intact ecosystems are huge carbon stores, so if you look at the full spectrum of landscapes across the country, everything offers some level of ecosystem services, but national parks by far offer that extreme end of ecosystem services,” Glacier National Park Superintendent Jeff Mow said. “They are going to be important in terms of clean water, clean air.”

Mow presides over the park that hosts one of the earliest and most tangible symbols of climate change in the U.S. — the dramatic retreat of Glacier National Park’s famous namesake glaciers. The spectacle of having 150 glaciers reduced to nothing in just over a century — all remaining glaciers could be gone by 2030 — creates a living laboratory for scientists.

“National parks and other protected areas offer unique opportunities for research on climate change because these ecosystems represent some of the most pristine lands, those least modified by humans,” Welling wrote in a 2011 internal National Park Service science newsletter.

“In many cases, they are the best baselines from which to understand the complex interactions of natural systems,” she wrote.

Public lands are also valuable in a changing climate because they can provide space and means for species to adapt.

Ecosystems that are relatively intact have a better chance of maintaining biodiversity because they are not under as much stress as ecosystems fragmented by human development, said Dominick DellaSala, chief scientist of the Geos Institute in Ashland, Ore., which works with the federal government to help protect carbon-dense forests.

Because of that, public lands are “our best hope” for maintaining biodiversity as the climate changes, he said.

But as much as public lands may serve as part of a climate change solution, they are also sources of the emissions causing global warming.

Many public lands management agencies, including the BLM and U.S. Forest Service, have a “multiple use” mandate, meaning that lands must be managed for conservation, recreation and resource extraction, especially timber harvesting and oil and gas development.

“There’s no doubt at all that the BLM leases significant areas for the production of fossil fuels, and there are certainly greenhouse gases associated with the production and consumption of those fuels,” Muller said, adding that federal government is trying to reduce some of those emissions.

But, he said, the Obama administration has an “all-of-the-above” energy policy that mandates continued oil and natural gas production in addition to developing renewable energy on public lands. Eventually, less fossil fuel production will occur on public lands, but “for the moment, that’s not the marching orders we’ve received from either Congress or the administration.”

With renewable and fossil fuel development occurring, not all of those public lands are going to be seen as equal parts of a solution to climate change, Muller said.

For public lands to play a major role in combating climate change and educating the public about it, it’s important for as many of those lands as possible to be conserved, DellaSala said.

“Public lands, especially intact areas, are our best hope for maintaining a connection to the natural world,” he said. “It’s our responsibility as stewards to pass their natural inheritance on to the next generation that will otherwise be dealing with a world devoid of wildlife, clean water, and an increasingly dangerous climate.”

You May Also Like:
Artificial Glaciers in India Help Drought-Hit Villages
Racking Up Climate Milestones One President at a Time
Cameron, Clegg, and Miliband Sign Joint Climate Pledge
Warmer Oceans Helping Coral-Eating Starfish Thrive
Can Grains of the Past Help Us Weather Future Storms?