U.K. efforts to meet climate targets by subsidizing wood burning at power plants instead of relying on lower-carbon energy sources are being probed by European officials for their impacts on American manufacturers and on the environment. 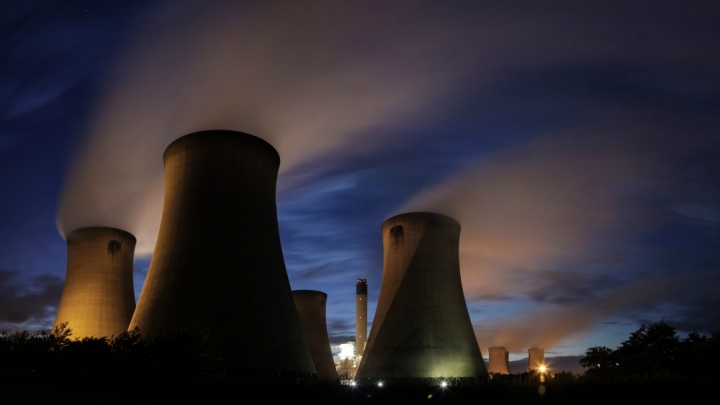 The U.K. is planning to use billions of dollars in climate fees imposed on electricity customers to help two large coal power plants switch to wood fuel, millions of tons of which is already being produced every year using trees from southern U.S. states. It’s also supporting construction of a third power plant that will use similar fuel.

The expanding use of large-scale wood energy by Britain and other European Union countries is releasing more climate-changing carbon dioxide than burning coal. Because wood is renewable, a loophole allows energy from it to count as clean under energy laws designed to help Europe satisfy its international climate commitments.

Concerns about the climate and environmental impacts of the U.K.’s support for large-scale wood energy will be looked into as part of the new investigation by European officials, but it will focus primarily on the business and economic impacts of the subsidies.

Companies that produce paper, packaging and some types of wood compete for raw materials with wood pellet mills, and they complained to European regulators about the effects of the U.K. subsidies, triggering the investigation.

While the American Forest and Paper Association “doesn’t oppose the export of wood pellets to Europe,” spokeswoman Jessica McFaul said in an email, “we do oppose subsidies that distort the wood fiber market in the U.S. South.”

At the center of the European Union’s investigation is the Drax Power Station and the U.K.’s plans to provide £1.3 billion ($1.9 billion) to help meet fuel costs and finance the conversion of one of the six boilers to burn wood pellets. Two of the power plant’s other boilers are already running entirely on wood pellets, also financed by the U.K. government.

The three units are collectively projected to burn wood pellets made from about 15 million tons of trees every year, with more than 60 percent coming from the U.S. South. That’s expected to produce more than 3 percent of the U.K.’s total electricity needs.

The investigation is being undertaken by the European Commission, which is similar to the administrative branch of the U.S. government. In an 18-page memo to the U.K. released this week, the commission said it “has doubts” about whether the cumulative demand for wood pellets by the U.K. conversion projects could be satisfied “without undue market and trade distortions.”

The final findings from its investigation could shape the future of a fast-growing industry that’s funded by European utility customers on the basis of an unscientifically rosy view of wood energy’s potential impacts.

As the investigation moves forward, the commission will face the confounding task of weighing wildly varying claims about the environmental and economic impacts of the project.

The American Forest and Paper Association commissioned research that concluded U.K. subsidies allow pellet mills to pay at least twice the market rate for raw materials in the U.S. The U.S. Industrial Pellet Association and National Alliance of Forest Owners, meanwhile, commissioned their own research concluding market impacts from those same mills “are minimal.” 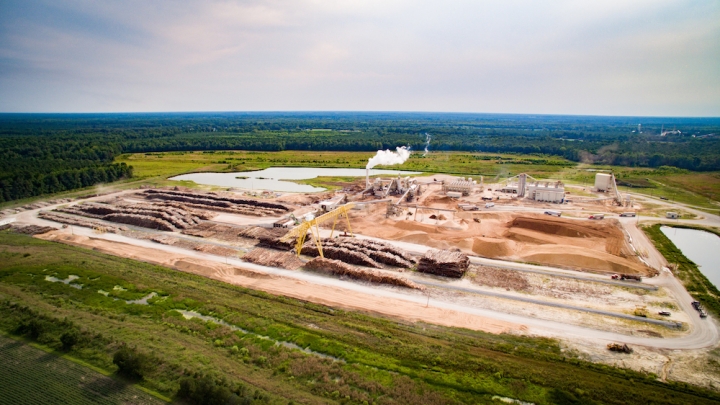 Drax and the U.K. Department of Energy & Climate Change have both publicly welcomed the investigation, characterizing it as routine. “It’s all expected,” Drax spokesman Andrew Brown said.

Environmentalists, too, have welcomed the news. After years of campaigning, they hope the investigation will highlight and curtail the growing environmental toll from Europe’s deepening dependence on wood to produce electricity.

Switching from coal to wood pellets at Drax Power Station, which is western Europe’s largest coal power plant, is increasing carbon dioxide pollution by 15 to 20 percent, a Climate Central investigation concluded in October. Producing and shipping the pellets to England adds another 20 percent worth of climate pollution. Cutting down trees and incinerating them, meanwhile, stops them drawing carbon dioxide pollution out of the atmosphere.

“It’s a notable development that pulp and paper and other wood product industries are becoming more engaged,” said Debbie Hammel of the Natural Resources Defense Council. “They’ve had concerns for quite a while about the competition issues, and haven’t really spoken out on it.”

The commission noted in the memo that Drax’s “well-defined specifications” mean that its boilers “cannot be fired by waste wood or wood chips,” so it must rely on pellets made from pulp that could be used by other industries.

It said American companies have complained that the subsidies are leading to economically and environmentally unsustainable practices that threaten forest health and biodiversity. And it said the climate benefits claimed by the U.K. government “were also disputed.”

Overall, the commission “has doubts as to whether the expected environmental benefit of the measure will outweigh the potential negative effects.”

The memo doesn’t name any of the companies that filed complaints, but one of them is WestRock, a global manufacturer of packaging products.

“We’ve seen the announcement of the commission, and the letter, but we still need to digest it and make an assessment before we can say anything,” Tangui Van der Elst, WestRock’s director of European government affairs, said Thursday.

You May Also Like:
Coal Slides to New Low As Source of Electricity
Wildfires Are Burning Some of the World’s Oldest Trees
Warming Waters Linked to Northeast Seagrass Die-offs