Monday’s presidential debate featured spirited back-and-forths on tax returns, how to heal divides in the U.S. and the candidates’ economic plans. Notably absent, though, was any thorough discussion about climate change.

Hillary Clinton and Donald Trump differ wildly on their views on climate policy and whoever is elected president will play a large role in shaping global climate policy in the decades to come.

Despite their differences, debate moderator Lester Holt left climate change by the wayside in favor of other topics. This follows in the footsteps of the 2012 presidential debates when not a single climate question was asked of either candidate. 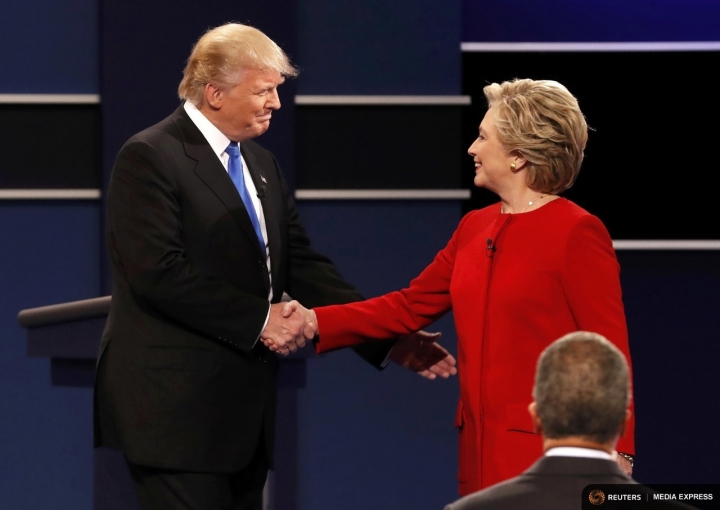 “Candidates absolutely should be asked to address the issue of how they will deal with global warming, if elected,” Ed Maibach, director of the Center for Climate Change Communication and a collaborator on a project with Climate Central, said. “By a ratio of about 3-to-1, voters say they are more likely to vote for a candidate who supports climate action, and are less likely to vote for a candidate who opposes climate action.”

Twitter statistics show that energy and the environment were the third most-tweeted topic during last night’s debate (whether they were lamenting a lack of questions, detailed answers or just chatting about climate change using the debate hashtag is unclear). And a recent Pew Research poll indicates that while climate change wasn’t a top issue for most people, respondents on average wanted seven minutes of the debate devoted to the topic, though that would still rank it near the bottom of voter interests.

That same poll notes a discrepancy between Trump and Clinton supporters’ interest in the hearing about the topic. Clinton supporters wanted an average of 10 minutes devoted to climate change while Trump supporters only wanted four minutes in comparison.

That’s perhaps why Clinton pivoted toward the topic multiple times, often framing it largely as a clean energy issue. She used a question on how to bring manufacturing jobs back to the U.S. to discuss solar panels and upgrading the electricity grid (while also taking a swipe at Trump’s 2012 tweet saying climate change is a hoax perpetrated by the Chinese).

The concept of global warming was created by and for the Chinese in order to make U.S. manufacturing non-competitive.

“We can deploy a half a billion more solar panels,” she said. “We can have enough clean energy to power every home. We can build a new modern electric grid. That's a lot of jobs. That's a lot of new economic activity.”

In comparison, Trump denied his climate denying and also took an oblique swipe at Solyndra, a solar manufacturer that received a federal loan but subsequently filed for bankruptcy, as a bad use of taxpayer money.

Overall, both candidates were light on policy specifics for how to address climate change, but they have provided clues as to what they would do if elected.

Clinton has signaled a continued commitment to international cooperation and policies put in place under the Obama administration while Trump has indicated he would likely help prop up the fossil fuel industry at home, roll back clean air regulations and attempt to “cancel” the Paris climate agreement that the U.S. recently ratified.

For election horserace watchers and climate and energy hawks, this isn’t necessarily news. But with more than 80 million people tuning into the debate last night — roughly comparable to the Super Bowl — it offered average voters a chance to directly hear from the candidates about their plans to address one of the world’s most pressing problems. 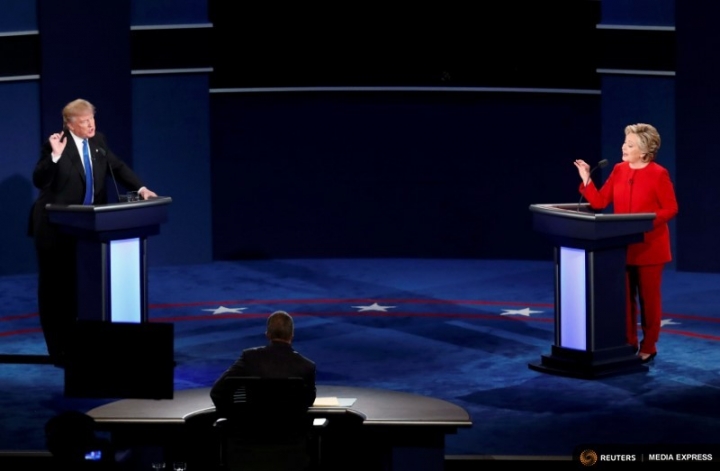 The lack of questions leaves a potential gap in understanding how the candidates would address climate change for voters who may not be following the day-to-day (or hour-to-hour for that matter) election cycle. There are still two more presidential debates (plus a vice presidential one) for moderators or the audience to bring up climate change. Though the viewing audiences may be smaller, there’s still a chance voters could hear both candidates discussing their views.

What they could say is just as important as how they say it. Climate change has become a highly polarizing topic and how answers are framed could be key for either candidate to have their message break through that barrier.

“I think there are two 'climate changes' in America,” Dan Kahan, a behavioral psychologist who runs Yale’s Cultural Cognition Project, said in an email.

One definition, he said, is largely political and based on whether people identify as Republican or Democrat while the other is based on whether people are already dealing with the impacts of climate change in their lives, regardless of political affiliation. Appealing to the partisan concept of climate change is unlikely to help Trump or Clinton make any in-roads with voters. They could find common ground with voters, though, by explaining how they would actually help communities on the front lines of climate to deal with its impacts.

“Anyone smart enough to be president ought to recognize that he or she should be giving those people the same sort of assurance that he or she is going to be there for them in the next four years,” Kahan said.