Renewables Revolution Could be in Management, Not Tech

Cutting-edge renewable energy technology as a way to tackle climate change may be a sexy topic, but the next 15 years are likely to bring few revolutionary changes in how we generate our electricity.

Instead, any revolution is more likely to be in how U.S. power grids are managed and how utilities do business, scientists say. 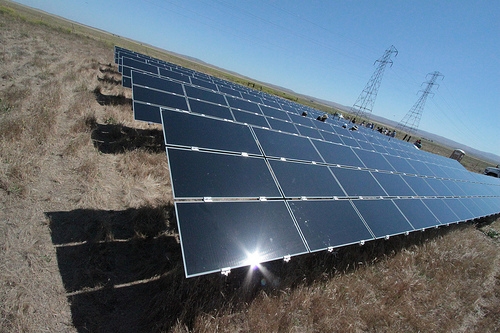 The next 15 years in the electric power industry are critical because the Obama administration has proposed goals for reducing carbon dioxide emissions from electric power plants that rely on fossil fuels.

The general idea is to improve the efficiency of coal-fired power plants and rely more heavily on natural gas, renewables and other alternatives as ways to reduce existing power plants’ CO2 emissions to about 30 percent below 2005 levels by 2030.

What they are seeing is the need to use the country’s existing power plants, power lines and renewable energy sources more intelligently so more people can get their electricity from wind, solar and other less carbon-intensive energy sources.

Part of that means managing the grid more efficiently so more wind and solar power are able to get onto power lines and into people’s homes, something called “grid penetration.”

“You’re going to be able to get a lot of renewables on the grid with kind of boring institutional changes — operating plants more efficiently,” he said.

One of those innovations will be in how the electric power industry adapts to a movement toward distributed power generation, such as rooftop solar, said Kevin Doran, a University of Colorado-Boulder research professor and co-director of the Carbon Management Center of the Colorado Renewable Energy Collaboratory.

That is most likely to occur with changes to traditional utilities’ business models, which so far, have shown some resistance to customers installing solar panels and small wind turbines, he said.

Oklahoma, for example, passed a “solar surcharge” law this year, permitting utilities to charge an extra fee for any customer installing solar panels on their roofs. Rooftop solar customers don’t pay for grid maintenance costs because they feed their own power onto the grid and receive credit for it, according to the law.

“Even here in Colorado, we have utilities pushing back against a lot of the solar PV (photovoltaics) in the sense they don’t get a percentage of that money for system reliability,” Doran said.

Despite the resistance from some utilities, acceptance of rooftop solar is gaining ground as more and more people look to solar panels as a way to generate their own power.

The biggest factor in the growth of renewables may come as utilities get better at forecasting — figuring out when people are going to use large amounts of electricity, and when the wind is going to blow and the sun is going to shine. Denholm said we're already starting to see that, which means electric companies are getting better at managing the power grid.

Such variability is difficult to manage because utilities have to have other traditional power plants ready to ramp up and down as both the demand for electricity fluctuates and the flow of renewables ebbs and flows in order to provide a steady stream of electricity to customers. 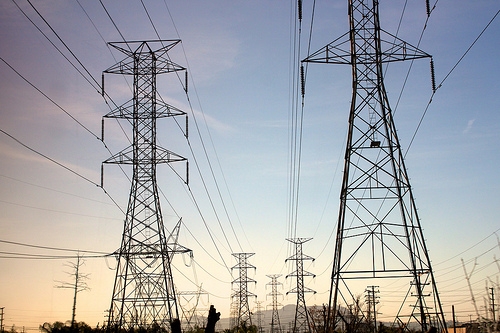 Transmission lines are an important part of any power grid.
Credit: Oran Viriyincy/flickr

The inherent variability in wind and solar power generation has had many scientists looking toward research in advanced batteries and other technology that would allow wind and solar electricity to be stored and used by utilities when they need it, thereby making the availability of renewable power more predictable.

In April, Bloomberg New Energy Finance forecasted that about 2,660 megawatts of electricity storage capacity will be online in the U.S. by 2020.

But Denholm said better management of the grid is showing that power storage for renewables may not be as necessary as soon as previously thought.

Initially, scientists thought that only 10 to 20 percent of the power flowing onto the grid could come from renewables without the grid breaking down. But recent events have proven them wrong.

For example, wind power flowing onto the Excel Energy grid in Colorado reached 60 percent at one point in May 2013. “Grid operations have been really good at integrating larger amounts of renewables, and the things we used to think 10 years ago really don’t apply anymore,” Denholm said.

As utilities have been able to better forecast fluctuations in wind and solar generation, it has slowed the need for power storage technology, which has not advanced to the point where it’s both inexpensive and widely available for utilities to use.

There are lower-cost alternatives to storage that can be employed now with the use of existing technology, said Chuck Kutscher, director of the Buildings and Thermal Systems Center at the National Renewable Energy Laboratory.

“One of the things I try to emphasize is we’re beyond the point of hoping for some breakthrough technology,” he said. “We have the technology we need now to reduce carbon emissions.”

There are various ways utilities can structure their electric rates, including offering corporate incentives to reduce electricity use at certain times, providing those large power customers with a break on their electric bill for cutting back, Kutscher said.

“There are various things utilities can do short of building storage on the grid,” he said.

In other words, it may not be best for the climate to wait for cutting-edge technology to become available. It may be best to manage the technology we have today more wisely so more people can have more access to clean energy sooner rather than later.