The large, looping Atlantic Ocean current that keeps northwestern Europe fairly warm and influences sea levels along the U.S. coast is a key component of the Earth’s climate system. But because of global warming, it may be more likely to substantially slow down — or even collapse — than previously thought, according to two new studies. 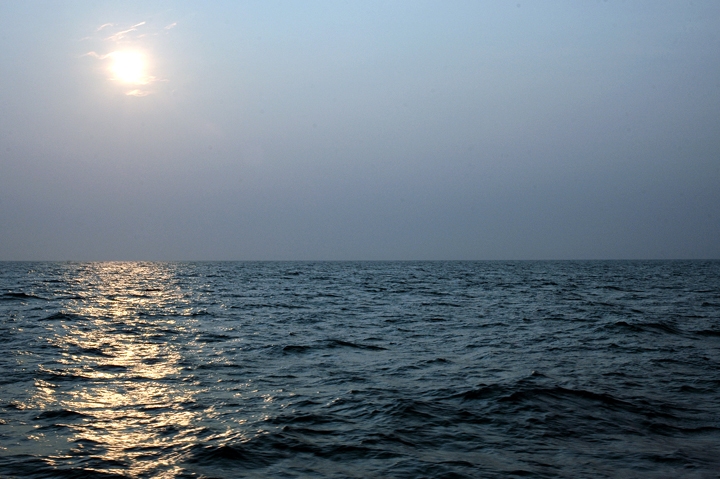 Sunrise over the Atlantic Ocean, where the Atlantic Meridional Overturning Circulation transports warm, salty water from the tropics toward the pole.
Credit: Curtis Keester/flickr

If that current, called the Atlantic Meridional Overturning Circulation, were to slow down substantially, it could lead to chillier weather in northern and western Europe, starve economically important fisheries and cause waters to rise along the U.S. coast, leading to more so-called “sunny day” flooding and storm surge when hurricanes come ashore. It could also shift tropical rain belts, causing major disruptions to regional climate in Central and South America.

The new studies factor in elements that have been missing from previous projections of how likely the collapse of the current is. One study factors in the melting of the Greenland Ice Sheet, which is adding a pulse of freshwater into the North Atlantic, but is difficult to incorporate into current climate models. The other attempts to correct a bias in climate models that underestimates how unstable the AMOC really is.

While neither study is close to the final word on what might happen to this crucial current as global warming continues, the second, in particular, “raises some serious concerns” about our understanding and points to the need to improve models, said Tom Delworth, a research scientist with the National Oceanic and Atmospheric Administration.

The AMOC is one branch of the vast ocean circulatory system that helps redistribute Earth’s energy by shuttling warm waters away from the tropics toward the poles, where the heat is released to the atmosphere and the water cools, sinks, and slides back toward the tropics at depth.

The northward transport of warm waters makes places like the British Isles far balmier than similarly northerly locales, such as Newfoundland. It also transports important nutrients to major North Atlantic fisheries, and helps regulate sea levels along the East Coast of the U.S.

A slowdown in recent years led to a spike in sea levels along the U.S. coast and was linked by some researchers to unusually cold winter conditions in Europe. While that recent blip was attributed largely to natural variations in the current, a 2015 study found that recently the AMOC has been slower than almost any time over the past 1,000 years.

Around a decade ago, “there was a lot of concern” about the potential for the the AMOC to collapse completely, Delworth, who wasn’t involved in either study, said. This came from studies of sediment and ice cores that suggested the current had undergone wild changes in the past and had “induced large-scale changes around the planet.”

But climate models suggested only a weakening of the current in response to greenhouse gas-induced warming, at least over the next century, as summarized in the most recent iteration of the Intergovernmental Panel on Climate Change report.

Those models, however, don’t factor in the fresh water pouring into the North Atlantic from the melt of the vast Greenland Ice Sheet. 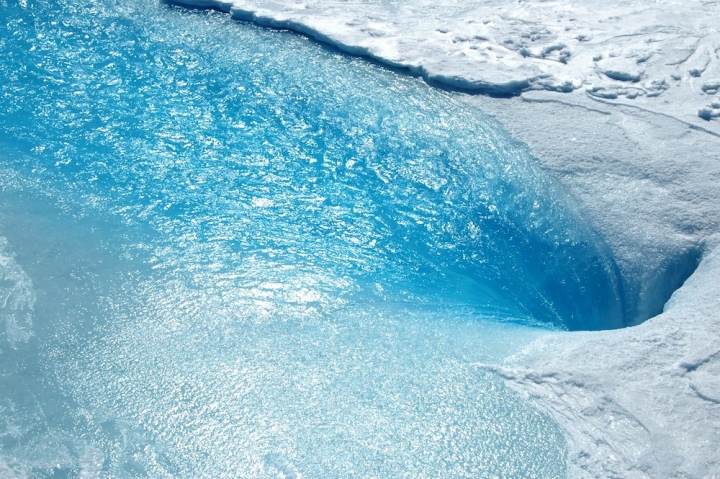 Meltwater pours into a hole called a moulin on the surface of the Greenland Ice Sheet.
Click image to enlarge. Credit: J. Box/ESA

That fresh water makes the ocean water in the surrounding region less dense, and so therefore less likely to sink, gumming up the conveyor belt-like overturning of the current. But representing Greenland melt in climate models is difficult because the models can’t capture the fine detail, meaning Greenland’s potential contribution to the AMOC’s weakening isn’t factored in.

One of the new studies, published last month in the journal Geophysical Research Letters, took a stab at combining the current best estimates of melt with climate models to see how the broader warming induced weakening.

The researchers found that if greenhouse gas emissions are reigned in over the coming decades, the AMOC could weaken by about 18 percent by the end of this century; if they continue to grow, that weakening could nearly double. By 2300, the current could be 74 percent weaker with the possibility that it could collapse entirely.

While the melt from Greenland must be taken into account to get a complete picture of what the future holds for the AMOC, Delworth said, it remains a secondary factor.

More concerning is the bias in climate models addressed by the second study, published Wednesday in Science Advances. Effectively, models are missing the way an initial weakening of the current from ocean warming causes freshwater to build up, further weakening the overturning of the circulation. This relationship has been observed in recent direct ocean measurements, as well as paleo data. 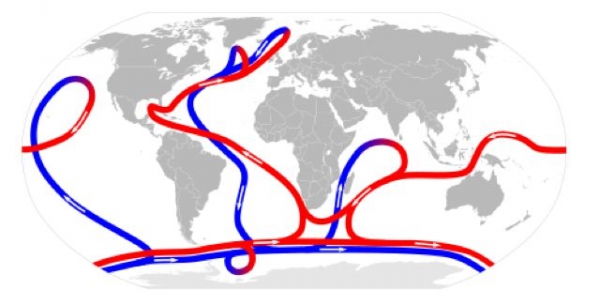 The circulation system of the global ocean, which moves heat from the tropics toward the poles.
Credit: Wikipedia Commons.

Fixing that bias in the models will take substantial efforts to improve the understanding of the physics of the current as well as more powerful computers. To see what might happen if that positive feedback was included, though, the researchers “kind of [put] a Band-Aid on the models,” Delworth said. They found that the AMOC was much less stable under rising greenhouse gas levels than models are currently capturing and that a doubling of carbon dioxide levels could eventually lead to the current’s collapse.

In their simulations, that collapse caused significant shifts in tropical rain belts and led to regional cooling over the northern Atlantic and nearby areas. Winter temperatures over parts of northern and western Europe were nearly 13°F (7°C) colder than present.

The results show how crucial it is to accurately represent the AMOC in climate models, as well as to continue gathering direct observations of the current, which began only about a decade ago, Delworth said.

“We use models for making any of these projections, so the projections are only as good as the models are,” he said. “I suspect this will be a real emphasis of research in the next few years.”

You May Also Like:
Exxon’s $180 Million Deal With Trump’s Pick for State
Heat Is On for 2017, Just Not Record-Setting
There Were a Crazy Number of Record Highs in 2016
Where to Follow the Climate Action in 2017