Picture This: Fogbows and Fall Begins

This week, the sun set on summer and rose on the vivid colors of fall, slowly spreading across the northern parts of the country. Pictures of the scarlet and amber leaves at national parks and wildlife areas were among the stunning shots from the past week. A sunrise seen from a perch in space and a strange-looking phenomenon called a fogbow also stood out. Keep reading to see what else wowed us in weather and climate photos this week.

What does sunrise look like when you’re orbiting the Earth aboard the International Space Station? Pretty freaking awesome, it turns out.

Astronaut and prolific tweeter of space photos Reid Wiseman sent out this Vine of a timelapse of the sunrise on the autumnal equinox — the point in the planet’s orbit when sun seems to be directly overhead at the equator. The equinox ushers in astronomical fall and on that day, both night and day are roughly 12 hours each for parts of the planet.

As the sun peaks above the limb of the Earth, it illuminates the atmosphere, which looks decidedly thin and fragile from that perspective. Astronauts aboard the ISS see the sun rise and set 16 times in one 24-hour period, on average.

Tuesday was a day of firsts. On the first full day of fall, the U.S.’s first national monument — Devils Tower in Wyoming — celebrated it’s 108th birthday, with some brilliant yellow fall leaves to set the scene. 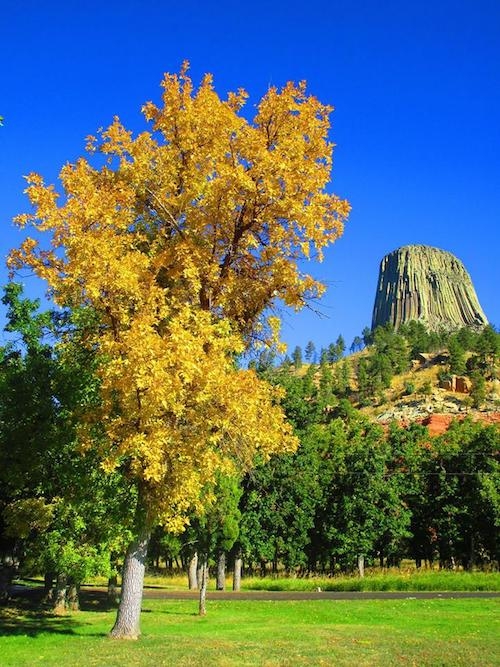 On the other side of the country in Maine, reds and oranges were beginning to grace the branches of the trees in the Rachel Carson National Wildlife Refuge — a beautiful spot for a fall walk, as the U.S. Department of the Interior Twitter feed noted. 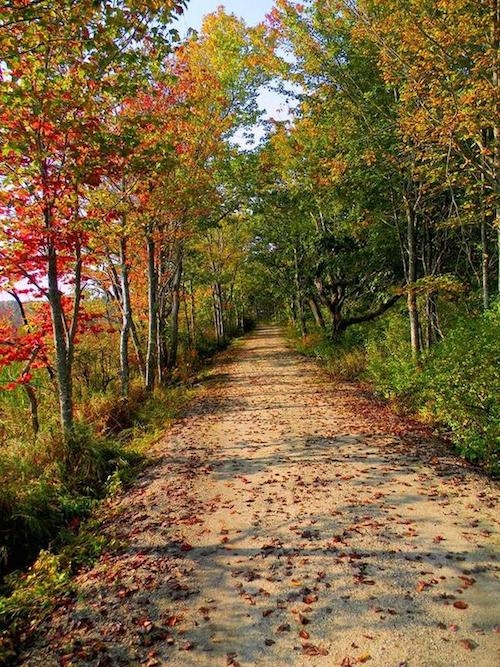 The leaves of deciduous trees turn various colors because of the shortening of the days that follows the end of summer. The leaves start turning in more northerly and higher altitude locations — like Wyoming and Maine — and then gradually moving southward. A number of State and National Park websites have good resources for finding when the leaf peeping season peaks near you.

Meanwhile, to the north, in Canada’s Sandbanks Provincial Park in Ontario, foggy conditions resulted in a strange-looking sight called a fogbow. Yup, that’s right, a fogbow.

Fogbows show up most often on hills and in cold sea mists, according to reference site Atmospheric Optics, but can be seen anywhere bright sunshine breaks through a thin fog. The sun and an observer must be lined up just right for a fogbow to be visible.

They form in the same way as rainbows, with light being reflected by water droplets, but in fogbows the water droplets are much smaller and so the light is spread differently. Fogbows are whitish in color with faint reds to the outside and blues to the inside.

Fog resulted in a different kind of spectacle in Tennessee as what is called “valley fog” settled into the Cumberland and Harpeth Rivers, as noted by the Nashville National Weather Service office, tracing the paths of the winding waterways.

Valley fog, according to the National Oceanic and Atmospheric Administration, is a type of radiation fog, which forms on clear nights with calm winds. Under cloudless skies, the heat that the ground has absorbed during the day is radiated back out to space. As the heat is released, the air near the grounds can cool, and if it has enough moisture in it, it can reach 100 percent humidity and fog forms.

With valley fog, the air along the slopes of mountains cools, becomes denser and sinks into the valleys. As it continues to cool in the valley, fog forms and is hemmed in by the surrounding peaks.

As we’ve shown in this space many times, clouds can take on some strange shapes. On Sept. 19, a butterfly-shaped cloud appeared on the radar of the NWS’s St. Louis office. But it turns out this cloud wasn’t made of water droplets, it was made of actual butterflies, Live Science reported.

A horde of migrating monarch butterflies flew through the area between 5,000 feet and 6,000 feet above the ground on their migratory route south to Mexico, lighting up the radar. While no one saw the butterflies, the radar signatures indicate flapping wings like a monarch’s. Other insects, such as mayflies, have shown up on radar screens, as have birds. 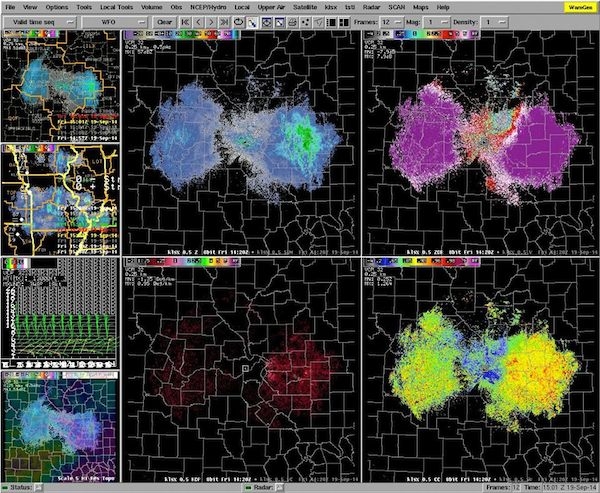 A swarm of migrating monarch buterflies were caught on a weather radar looking strangely like a buttefly-shaped cloud.
Credit: US National Weather Service Saint Louis Missouri

As a nice bookend to this week’s installment, the folks over at the Capital Weather Gang featured the first sunset of fall in the nation’s capital.

One photographer, Angela N., snapped a stunner of a sunset behind the Lincoln Memorial and reflected in the Reflecting Pool. The reds and oranges streaking the sky are the result of air particles scattering the incoming sunlight, as we’ve explained before. The clouds in the sky just enhance the spectacle. 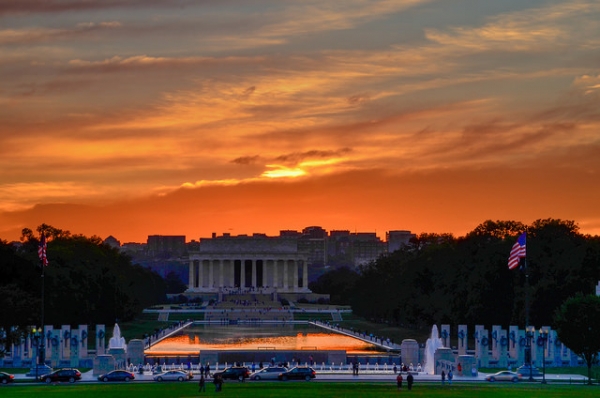 The first sunset of fall in Washington, D.C., as seen behind the Lincoln Memorial and the Reflecting Pool.
Credit: Angela N.