Donald Trump has said climate change is a Chinese hoax. His presidency raises the prospect of a climate denialist atop the Environmental Protection Agency and an oil and gas billionaire running the Energy Department. He could pull the U.S. — and its 15 percent of all global carbon emissions — out of the Paris Agreement. 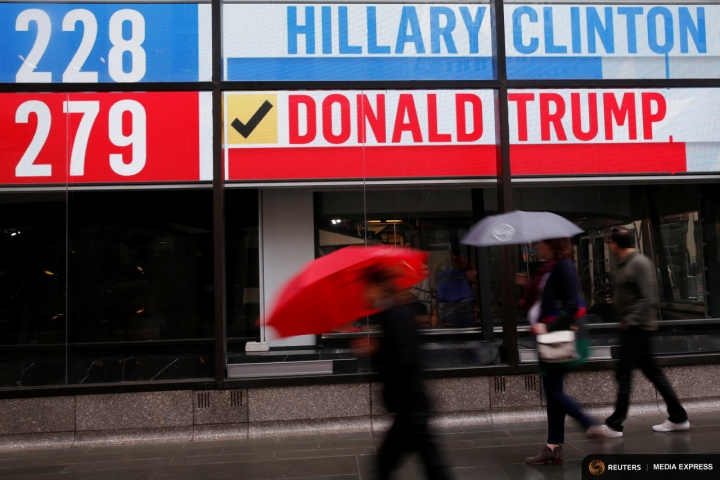 In the coming months, there’s going to be a lot of speculation about what’s in store for the U.S. when it comes to climate policy at home and abroad. Here’s a reminder of the climate change impacts we’re already dealing with, and what we can expect. It’s not an exhaustive list, merely the most clear, obvious impacts based on simple realities of physics. The world will have to take heed or deal with the consequences on society.

This was the year carbon dioxide passed the 400 ppm threshold. It’s largely a symbolic threshold, but it’s one that serves as a reminder that our fossil fuel addiction has caused carbon dioxide in the atmosphere to increase 42 percent compared to pre-industrial levels. And it’s at the root of everything that follows.

2016 is going to be the hottest year on record

The oceans have risen about a foot over the past century as waters have warmed and ice sheets and glaciers have melted. That’s made coastal flooding way more common in the U.S. According to a Climate Central report last month, 76 percent of coastal flood days over the past 10 years can be tied to climate change-fueled sea level rise.

This year saw the second-lowest Arctic sea ice extent on record. The Northwest Passage opened up this summer. As of October, regrowth was so slow that the Arctic was missing a chunk of ice the size of the entire eastern half of the U.S. This is right in line with trends of an increasingly ice-free Arctic.

The massive stores of ice at the bottom of the world are facing a watery future. A crack has formed across a massive ice shelf and scientists have been “struck by how high the loss is” at some glaciers in West Antarctica as warm waters eat them from the bottom up.

The oceans have been record warm — and it’s killing coral

The world has had three straight years of unprecedented coral bleaching in all ocean basins due largely to extreme ocean heat. If the planet warms by 1.5°C (2.7°F), coral reefs will likely go extinct. And right now the planet is on its way to passing that threshold unless carbon pollution is seriously curtailed.

Oh, and oceans are also acidifying

Carbon pollution is also acidifying oceans and in the process, stressing reefs and shell-forming organisms. It’s likely already started dissolving some of Florida’s reefs, a trend that could continue as carbon pollution keeps rising.