Energy secretary nominee Rick Perry fiercely defended the mission of the U.S. Department of Energy on Thursday, and told senators at his confirmation hearing that while he now believes in human-caused climate change, he questions the extent to which humans are influencing it.

Perry, who as a presidential candidate said in 2011 that he’d eliminate the DOE, told senators that he regrets that remark and that his past positions do not reflect his “current thinking.” He said the department’s scientists and laboratories are “the envy of the world,” and he would court new “scientific minds” and defend their work even in the face of a movement within the Trump administration to threaten federal climate research. 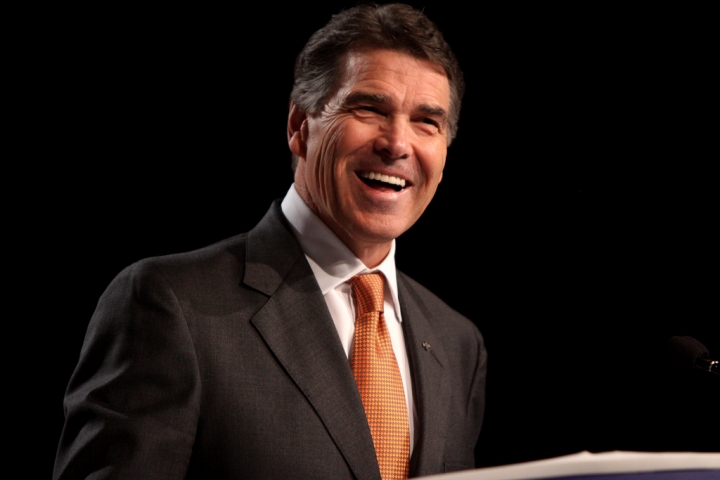 As governor of Texas for 14 years, Perry was steadfast in his support of the fossil fuels industry, and until Thursday’s hearing, expressed unfounded doubts about established climate science.

If confirmed, a Perry-managed DOE under President-elect Trump could drastically reduce the agency’s emphasis on research on low-carbon energy technology, such as wind and solar power, carbon capture and storage, and atmospheric carbon removal. Perry could alter how America’s electric power grid is modernized to handle electricity generated with wind and solar power, and how climate change is factored into the agency’s priorities.

The DOE oversees all of America’s national laboratories that together form one of the world’s largest scientific institutions — many of them conducting research on climate change. The agency owns the National Renewable Energy Laboratory and funds university research on renewable energy and energy efficiency while also managing America’s nuclear stockpile.

Perry dodged questions about the need for climate action, saying that having an “academic” discussion of climate science is an “interesting exercise.” But, while he admitted that climate change is real, he declined to say the degree to which he agrees with established science showing that human carbon emissions are the reason global warming is happening.

“It’s far for me to be sitting before you today and claiming to be a climate scientist,” Perry said to U.S. Sen. Al Franken, D-Minn., resorting to an often-used phrase on Capitol Hill to evade questions about human-caused climate change.

“I don’t think you’ll ever be a climate scientist, but you’re going to be head of the Department of Energy,” Franken said.

“That’s right, and I know how to hire really good scientists,” Perry said.

As Texas’ governor, Perry was an ardent supporter of the fossil fuels industry and the fracking boom in the state, which helped to flood the country with inexpensive natural gas, speeding the decline of coal as America’s primary source of electricity. Perry also presided over an unprecedented boom in wind energy development, making Texas America’s top wind power producer.

Yet as the nation’s leading oil refiner and because the state is heavily dependent on cars and trucks for most of its transportation, Texas remains America’s largest per-capita emitter of carbon dioxide causing climate change.

Trump’s energy plan calls for unfettered development of fossil fuels to achieve full energy independence while de-emphasizing wind, solar and other renewable energy, which was heavily promoted by the Obama administration as a way to address climate change. Trump has suggested abandoning nearly all federal climate action, including the Paris Climate Agreement, and his transition team has suggested the administration may eviscerate federal climate programs.

During the hearing, senators grilled Perry on a news report published Thursday morning by The Hill, which reported that the Trump administration plans drastic cuts to DOE and its climate-related programs, eliminating many of them completely. Those include the DOE’s Office of Energy Efficiency and Renewable Energy and the Office of Fossil Energy, which studies cutting carbon emissions.

“Maybe they had the same experience I did and forget that they said that,” Perry responded, referring to his previous call for the agency to be abolished. He said he was unaware of the reported budget cuts, but will support all of the DOE’s current programs and mission.

Perry said he regrets calling for the agency to be abolished, and that he has learned a great deal about the DOE’s mission since being nominated for energy secretary.

As top priorities, he committed to keeping Americans “safe” by protecting the country’s nuclear stockpile and focusing on preventing hackers from compromising America’s electric power grid while ensuring that the grid remains “stable” by encouraging the use of “all forms of energy.”

Like other Trump nominees, Perry said the DOE should take on an “all of the above” energy strategy — one that does not favor renewables over natural gas, coal or petroleum. “All of the above” has been a mantra widely used by climate skeptics such as Perry who support the fossil fuels industry.

Perry proclaimed his support for renewables to help reduce greenhouse gases, citing his record supporting Texas’ wind power industry. But he said his support for climate action hinges on whether it affects the economy.

“Don’t get me confused with the previous administration from the standpoint of being an individual who has promoted those sources of energy that can drive an economy and at the same time help our environment,” Perry said.

Many in the Republican Party, including Environmental Protection Agency administrator nominee Scott Pruitt, say that an “all of the above” energy strategy is about “not picking winners and losers” among the kinds of energy the federal government supports, especially as it relates to federal climate policy. 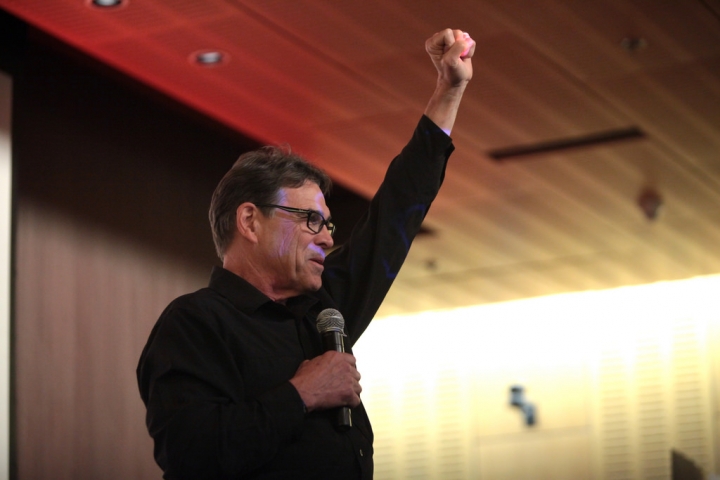 At the same time the government subsidizes the oil and gas industry with 11 fossil fuel production tax incentives and other provisions worth $4.7 billion annually, according to the U.S. Treasury Department.

Perry said he does not a support any federal government policy mandating the use of renewables nationwide, but he would help any state that wants to develop its own renewable energy standard.

One of the roles of the Energy Department, he said, is to help develop renewable energy technology, such as advancements in the design of wind turbine blades, which could be used in states to build wind and solar farms.

Perry’s “all of the above” commitment seemed weak on coal when facing questioning from U.S. Sen. Steve Daines, R-Mont., who tried to get Perry to commit to keeping all of America’s coal-fired power plants operating in the future. Coal-fired power plants are threatened because of prevalence of fracking and the Obama administration’s plan to cut emissions from them as part of its climate strategy.

“Because of fracking, the world’s been changed,” Perry responded, suggesting the oil and gas industry may be forcing electric companies to move away from coal. “The world’s been given a resource that we’ve been able to use to help lower carbon emissions. I’m talking about natural gas. I would suggest sometimes we get ‘siloed’ in our thinking.”

But natural gas is not a clean energy source, either. Using natural gas for electricity is a major source of the pollution causing climate change. Natural gas pollutes the atmosphere with about half the carbon as coal does, but drilling and fracking for natural gas also emits methane, a greenhouse gas at least 30 times more potent than carbon dioxide.

Without being specific, Perry said he is confident, however, that DOE scientists can develop technology that will allow companies to use coal in a “friendly” and “appropriate” way.

Ways to capture carbon pollution from coal-fired power plants and storing it underground are in development, but remain in their infancy.

Sen. Martin Heinrich, D-N.M., asked Perry if he would rely on scientific data when making decisions at the Energy Department. Perry said that his call to evacuate the Texas coast ahead of the landfall of hurricanes Ike and Rita is proof that he uses scientific data to drive his decisions.

“Relying upon data when people’s lives are in jeopardy was one of the things I became well known for,” Perry said.

You May Also Like:
Barack Obama Has Been Immortalized By Scientists
Heat Is On for 2017, Just Not Record-Setting
Where to Follow the Climate Action in 2017
Four Critical Energy Issues to Watch in 2017