When 400,000 people hit the streets, perhaps it isn't surprising that it makes headline news. And that's just what happened on Sunday when the People's Climate March shut down thoroughfares around New York as part of the largest climate action in history. The march drew a wide cross-section of society from public figures like Ban Ki-moon, Al Gore and Leonardo DiCaprio to labor and indigenous groups, scientists and activists and was timed to kick off a week of major climate events in New York.

While the main event was in New York, more than a half a million people staged marches around the world from major urban hubs like London and Toronto to small island nations such as Kiribati, reflecting the organizer's tagline, “to change everything, we need everyone.” The change in question is phasing out fossil fuels and moving the world to a clean energy economy while avoiding the worst impacts of climate change.

Whether the message of the marchers reaches world leaders attending the U.N. Climate Summit this Tuesday remains to be seen. But a number of press outlets around the globe picked up on it — or at least the spectacle of such a massive amount of people in the streets — and ran with it as front-page news. Here's how newspapers large and small from around the globe portrayed the march on Monday's front page. All front pages below come courtesy of the Newseum, which collects the front pages of nearly 850 newspapers around the world daily.

Since it was in their backyard, it makes sense the New York Times would cover the march. The photo montage on the front page of Monday's paper shows closeups of the march as well as a view from on high of the march stretching through Midtown Manhattan. 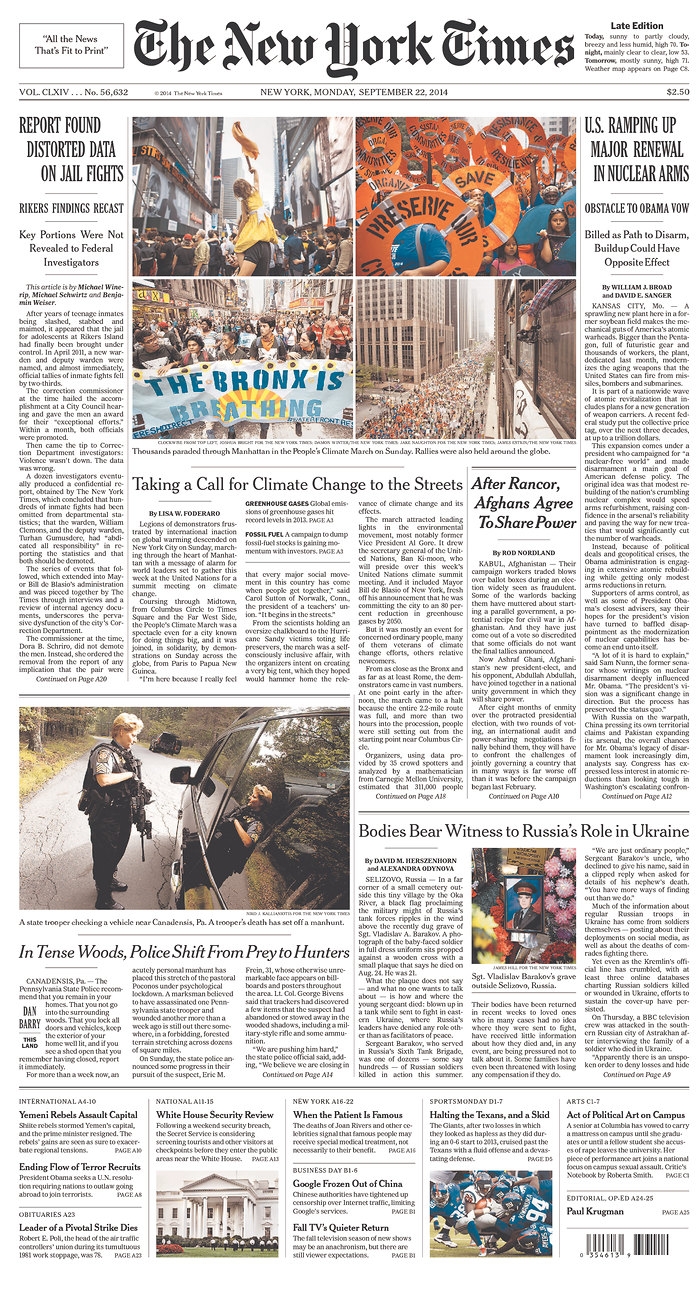 The front page of Spain's newspaper of record featured the banners at the head of the march front and center on Monday's edition. 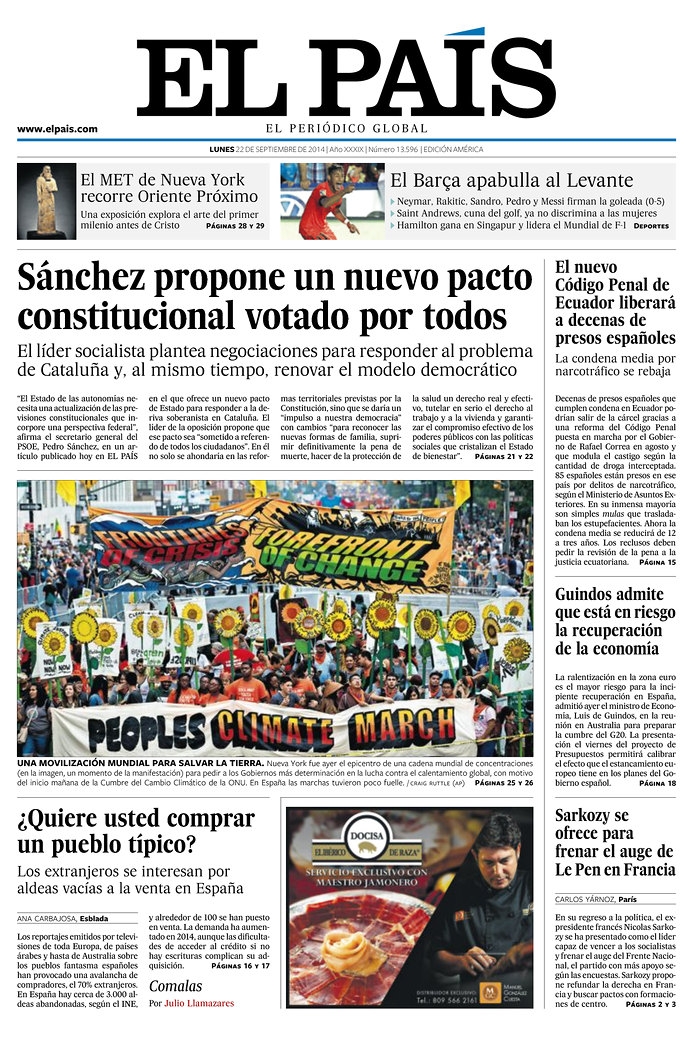 One of New York's two free daily newspapers, AM New York showcased the scope of the climate march as thousands poured down the streets. 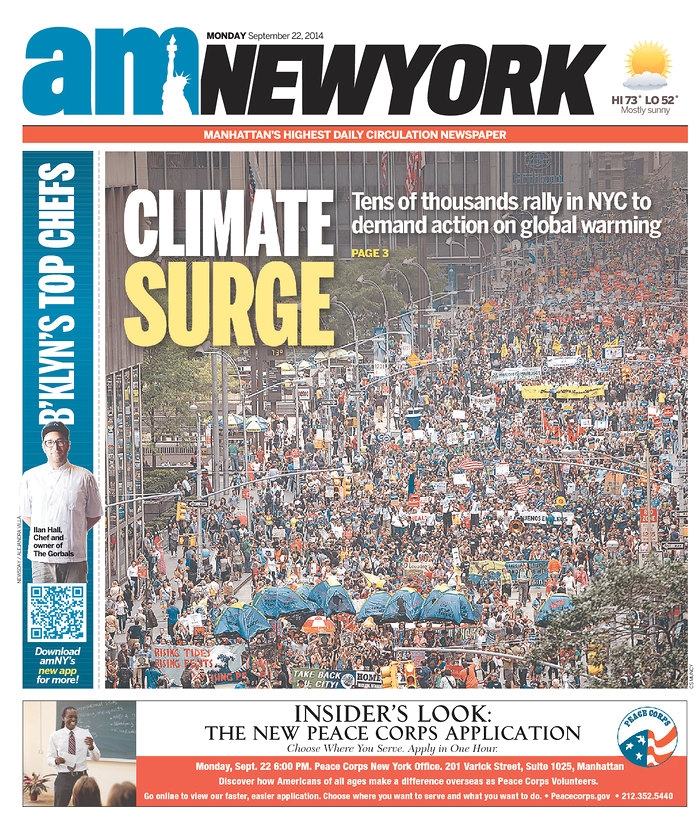 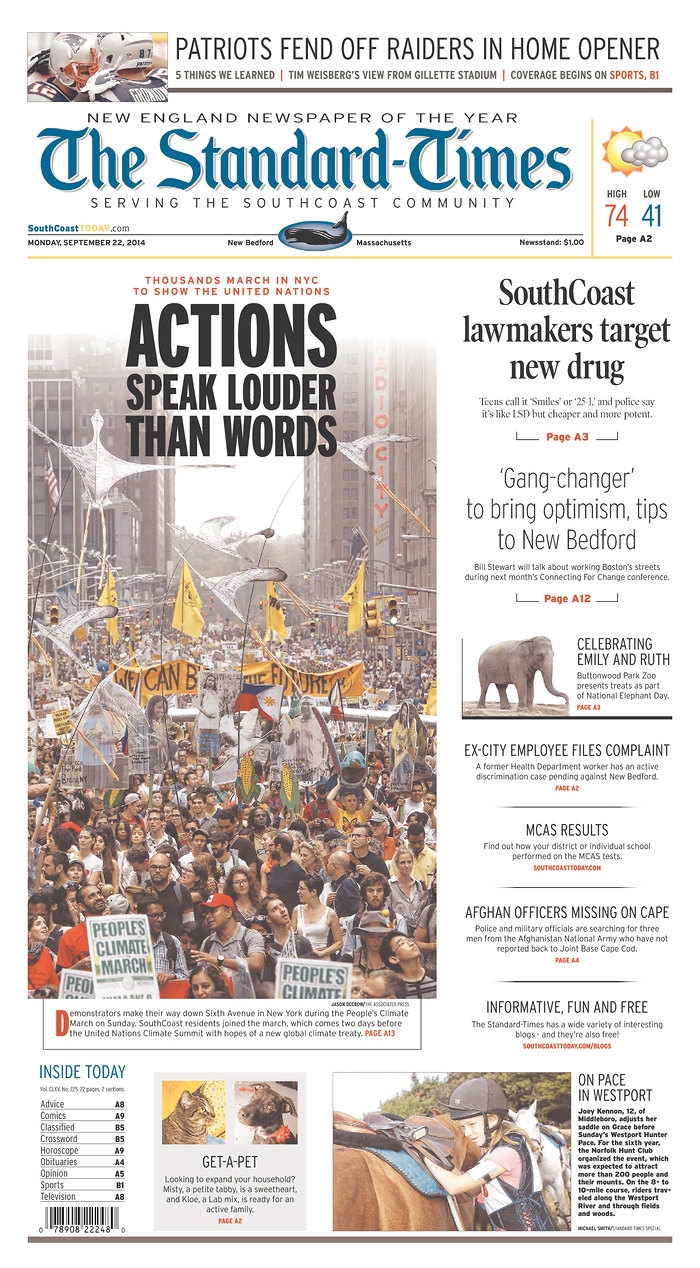 The Globe and Mail (Toronto)

Toronto was home to the second-biggest climate gathering in North America this weekend, with an estimated 3,000 in attendance. But the front page of the Globe and Mail focused on the New York event as well as the political realities of finding common international ground on climate change at the U.N. Climate Summit later this week, particulary with the notable absences of heads of state from India, China and Canada.

While no march was scheduled in Lisbon, that didn't stop Publico from running a front-page story with a scene from London's march, which drew thousands. 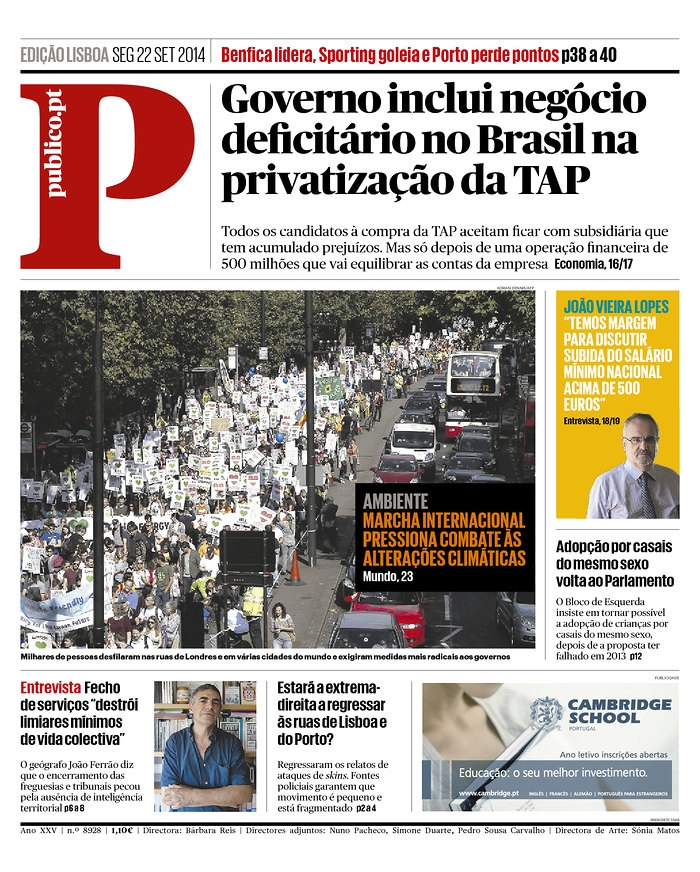 Rather than focusing on the march in New York, the Guardian also led with the London march. Actress Emma Thompson was in attendance and snagged the prime A1 real estate. 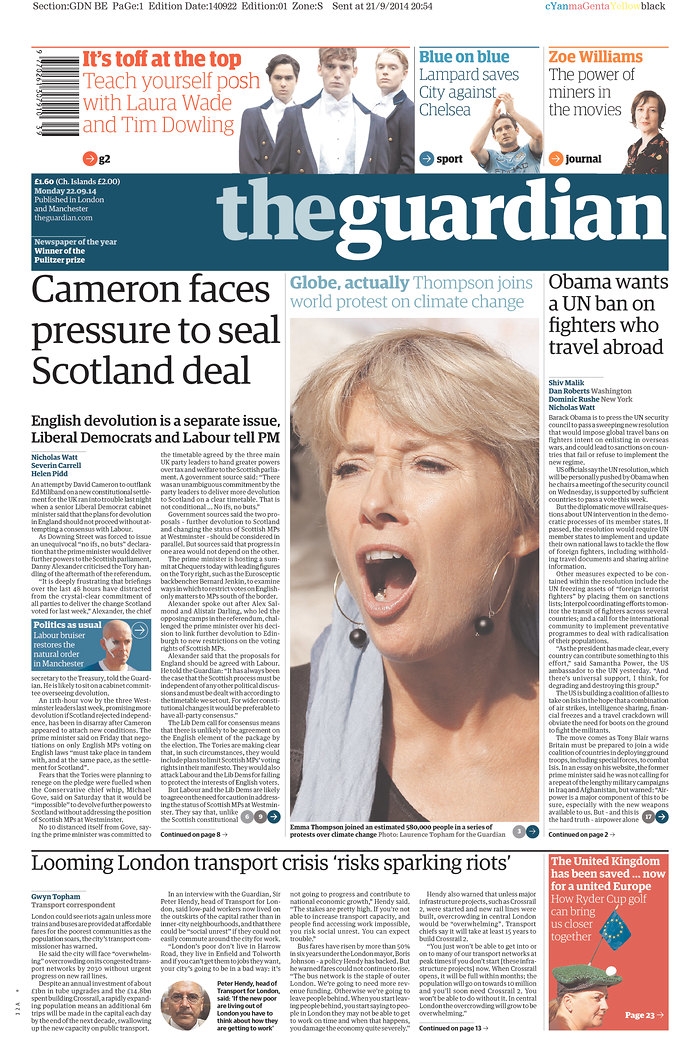