Officials involved with United Nations climate talks have been warning that the next pact, which will be negotiated in December in Paris, won’t alone hold global warming to less than 2°C, or 3.6°F. 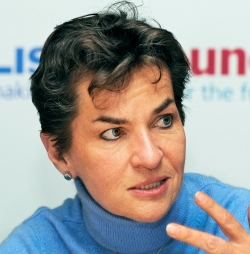 Those warnings have triggered renewed concern for the future of the planet as negotiators meet this week in Geneva, Switzerland, for a round of lower-profile talks. Slate described the cautionary words — made separately by EU climate negotiator Miguel Arias Canete and U.N. Framework Convention on Climate Change executive secretary Christiana Figueres — as “heartbreaking.” The Guardian characterized the statements as a downgrading of expectations. Figueres’s renewed warnings prompted Grist to ponder whether there’s “any point” to the negotiations process.

Dismay is understandable. When negotiators agreed in Copenhagen in 2009 to “reduce global emissions so as to hold the increase in global temperature below 2°C,” it was because an Earth hotter than that was considered unacceptably dangerous. (The planet’s surface has warmed about 0.85°C (1.5°F) since 1880, worsening floods, storms and deadly heat waves.) The 2°C target has since become a keystone goal of the negotiations.

The recent warnings did not, however, surprise climate negotiations experts. Nor were their fears for the planet worsened. 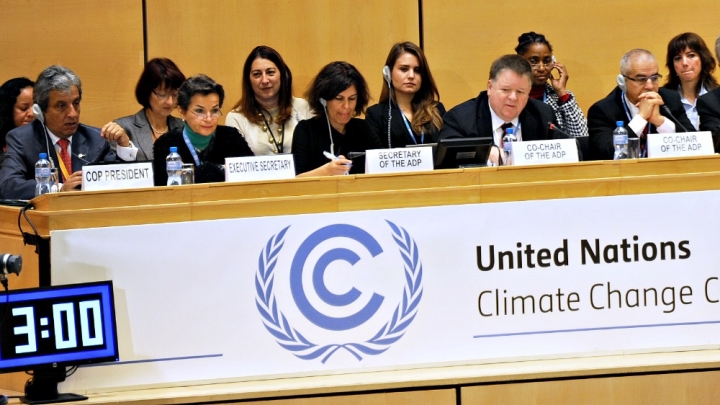 That's because the Paris meetings are being viewed as an opportunity to launch a wholly new approach to global climate action — an approach that could eventually do far more to constrain temperature rise than the Paris agreement alone.

“More and more of the participants in the process recognize that maybe the 2 degree goal is not something that’s going to be achieved out of the Paris agreement,” Alex Hanafi, an Environmental Defense Fund climate strategist, who is in Geneva for the meetings, said.

“The idea is that the Paris agreement will put us not on an emissions trajectory for 2 degrees, but on an institutional trajectory that allows us to try to meet that goal,” Hanafi said.

The climate negotiations juggernaut is being hauled off its old rails, which many concluded were guiding the planet down a long and dark tunnel toward unmitigated climate change. Getting it moving along a new course will take some time.

“It is a fundamental misinterpretation or misunderstanding of the complexity of what we're dealing with to even imagine that an agreement in Paris would in and of itself, at the turn of a dime, miraculously solve climate change,” Figueres told reporters last week. “What Paris does is to chart the course toward that long-term destination.”

Two decades have been spent trying, and failing, to force developed countries to slash greenhouse gas pollution levels by particular amounts within specified timeframes under international law. The Paris agreement will take a new approach — one that bears little resemblance to the Kyoto Protocol of 1997, which attempted to force developed countries to meet homogenous climate targets. (The U.S. never ratified the protocol, Europe met its targets largely because of an economic downturn, and Canada withdrew after it became clear that it would fail to comply). The next agreement will rely instead on peer pressure, national accountability, and global cooperation to voluntarily try to slow the climate-changing impacts of all nations, be they developed, dirt poor or somewhere in between. 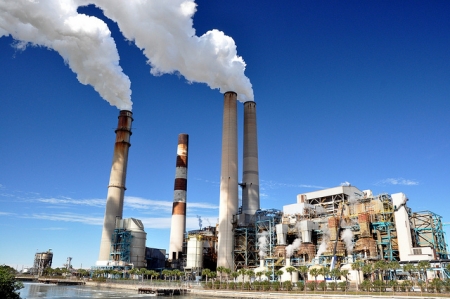 Pollution levels are rising faster now than at any time in history, despite recent improvements in the Western world. Countries like the U.S. that got rich burning fossil fuels — pumping out so much of the climate-changing pollution that’s now in the atmosphere — are being pressured to help bankroll the climate change battles of poorer countries.

The hope is that the Paris agreement will build a process that will be strengthened over time. As years and annual climate agreements tick past, the already falling costs of renewable energy are expected to continue to tumble. Meanwhile, climate change’s dangerous impacts will grow clearer. If all goes according to the latest, somewhat vaguely sketched climate negotiations master plan, governments would agree during future negotiations to further deepen their cuts to fossil fuel use, replaced with cleaner alternatives. In doing so, the plan goes, countries would collectively avoid blowing the overarching goal of keeping warming to less than 2°C.

Robert Stavins, an environmental economist who directs the Harvard Project on Climate Agreements, says keeping to less than 2°C of warming becomes “less feasible each year.” But the most important thing “for ultimate success” on long-term climate action right now, he says, is building a “sound foundation” — something he thinks the Paris agreement may provide.

“Some advocates will characterize the Paris agreement as a failure if it does not lead to an immediate decrease in emissions, and does not prevent atmospheric temperatures from rising by more than 2 degrees Celsius,” Stavins said.

“These well-intentioned advocates mistakenly focus on the short-term change in emissions among participating countries,” he said, pointing, for example, to the 5.2 percent cuts to pollution required over 10 years from some developed countries under the Kyoto Protocol. “It’s the long-term change in global emissions that matters.”

It’s not yet known what the world’s governments will commit to do to protect the climate in Paris. Those details will be announced throughout the year. But the basic details of the commitments planned by three of the world’s four biggest polluters have already been announced. The U.S. says it will curb its greenhouse gas pollution level by 26 to 28 percent by 2025 compared with 2005 levels. China says its pollution level will plateau by 2030. And EU politicians have already resolved to reduce greenhouse gas pollution by 40 percent between 1990 and 2030.

A team of 16 European and American researchers analyzed how the climate would be affected if the U.S., EU and China meet these commitments, and if other countries follow through on various pledges made during earlier rounds of meetings. The research was “based on some extrapolation” from previous climate pledges, Massimo Tavoni, the Politecnico di Milano and Stanford University researcher who led the study, which was published in Nature Climate Change in December, said. “So there’s a lot of uncertainty.”

Under a business-as-usual scenario, Tavoni and his colleagues concluded that the world would eventually heat up by 4°C to 5°C, or 7°F to 9°F, compared with pre-industrial times. But if the countries all meet their climate pledges then, with all other things being equal, the Paris agreement would cap global warming at 3°C or 3.5°C.

Alden Meyer, policy director at the Union of Concerned Scientists who is in Geneva for this weeks’ talks, said it’s “clearly true” that the Paris agreement won’t get the planet on track for a future in which temperatures remain less than 2°C hotter than they were in centuries past. But that doesn’t mean he’s given up hope on that goal. 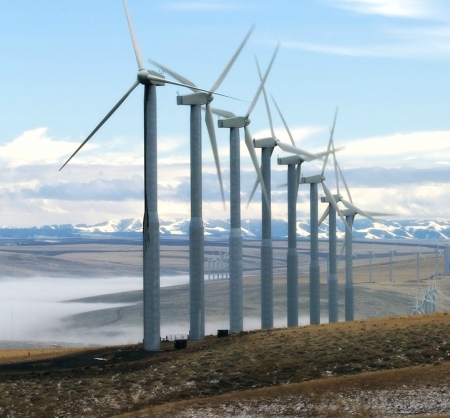 “What we have to come out of Paris with is a sense that the Paris agreement has not foreclosed the possibility of getting on the 2 degree track,” Meyer said.

One of the ways the Paris agreement could help keep warming to less than 2°C, Meyer said, would be by sending a clear message to the energy industry and investment community that governments are committed to protecting the climate. That could signal a faster wholesale switch to cleaner energy alternatives, fostering investments in clean energy and reducing the viability of oil and gas drilling and coal mining.

“If you get a combination of commitments from all the major players in the Paris agreement, plus a fairly ambitious process to have them come out and take more bites at the apple, and not wait 10 or 15 years to do the next round of negotiations, then there’s a fighting chance,” Meyer said. “There’s no doubt it’s tough.”