Until recently, global climate negotiations resembled wards full of newborn babies. Everybody seemed awfully upset about something, but with little idea what to do about it.

Now the kids are growing. And they’ve been handing in their homework. What happens to that homework as countries’ climate policies mature could mean the difference between a humanity that’s afflicted by climate change, or one that’s devastated by it. 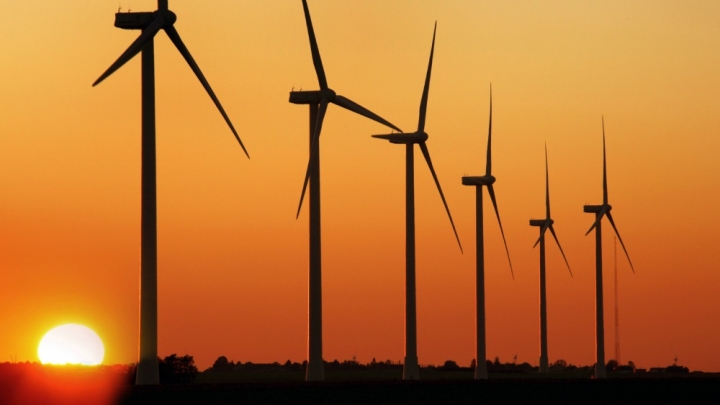 The way that countries will move together to act on climate in the coming years may start to become clear during the next two weeks in Paris, which is hosting what could be the most important round of United Nations climate negotiations in history.

Following years of failed efforts to force specific climate pollution reductions on developed countries, most nations completed unprecedented climate assignments this year, which they submitted to the U.N. They drafted climate pledges, which are known as intended nationally determined contributions, or INDCs. These INDCs describe high-level, but mostly underwhelming, targets for reducing or easing the amount of climate pollution that's being released.

“The INDCs have lots of flaws right now,” said David Victor, a University of California at San Diego international relations professor who researches climate diplomacy. “They are a start.”

Next, governments aim to work together to build their climate pledges into a fragmented but cohesive global plan for slowing global warming and, to a lesser extent, for adapting to it.

That work begins Sunday with the start of this year’s major session of the U.N. Framework Convention on Climate Change. One of the key issues to be decided is how and when the INDCs will be reviewed. Some are proposing reviews of INDCs every three to five years, making the pledges relatively dynamic, helping them keep pace with energy industry advances. Others favor a more measured approach — perhaps with once-in-a-decade reviews for some or all pledges.

“Review needs, ideally, to look not just at the big picture but the details — what’s working and not,” Victor said. “There are countries and firms willing to do things but not sure, right now, what works and how to link different policy efforts in different jurisdictions over time. So they are trying stuff and learning.”

America’s six-page INDC promises a 26 percent reduction in annual climate pollution from 2005 to 2025, for example. The European Union has pledged to reduce its climate impacts 40 percent by 2030, compared with 1990 levels. China is pledging to halt its yearly growth in climate-changing emissions 15 years from now at latest. India’s pledge quotes Mahatma Gandhi, discusses “climate justice,” poverty and population growth, and describes how it will promote nuclear and renewable energy.

While the pledges and approaches differ substantially, a collective examination of them makes it clear they won’t be enough to avoid dangerous levels of warming.

Analysis has revealed that the targets in the pledges will set the world up for more warming than the climate negotiators’ goal of a 2°C, or 3.6°F, limit. Industrial activity has already warmed the Earth by 1°C, and island states and other countries most threatened by rising seas want a 1.5°C target adopted in Paris.

“If the current targets are locked in through 2030, then we have a major problem,” said Jake Schmidt, who monitors climate negotiations for the nonprofit Natural Resources Defense Council.

Countries were “conservative” in setting their targets, Schmidt said. “Technology development, implementation ability, and political will etc., will make it easier for them to do more before 2030 than they could envision at this moment.” 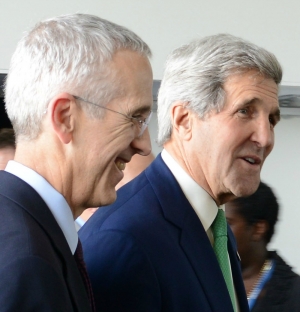 “Our view was that a shorter target — a 5-year target, rather than 10 — would actually enhance ambition,” President Obama’s chief climate negotiator, Todd Stern, said during a U.S. State Department press briefing on Tuesday. “In 2020, we will be able to put forward a target for 2030 much stronger than we would be able to do if we were trying to kind of guess on what a 2030 target would look like now.”

The different approaches to INDC cycles are reflective of different ideas for how the pledges could be reviewed and updated in the years ahead. The proposed evaluation approach is being calling a “ratcheting mechanism,” because it could help ratchet up the ambitions that underpin the climate pledges.

In Paris, the U.S. will be pushing for all countries to adopt 5-year INDC and INDC review cycles. India, frustrated that it’s being called upon to curb its substantial overall climate pollution while its per-person impacts remain low, and wary of inquisitions from the West, wants to wait a decade or so before its INDC is subjected to an initial review. During the negotiations, the U.S. will be trying to allay those concerns, which it fears could stunt the development of a climate-friendly humanity.

“Nobody is thinking here of a punitive review — that wouldn’t fly,” Stern said. Instead, he said he supports the concept of “a strong facilitative review that looks at what a country has done and says, ‘That looks good, you’re on track,’ or, ‘That doesn’t look so good. How can you be helped to do better?”’

You May Also Like:
Global Warming Key Driver of 2015’s Record Heat
Where Cows and Coal Rule, So Does CO2
These Tiny Satellites Could Keep an Eye on Wildfires
The $100 Billion Climate Question