With 175 flourishes of pens, diplomats and leaders representing more than half the world’s countries on Friday gave a global effort to slow climate change a ceremonial nudge forward.

The signing in New York of the Paris Agreement, the United Nations climate treaty finalized during high-profile negotiations in France in December, was a symbolic overture to years of hard work that still lie ahead. 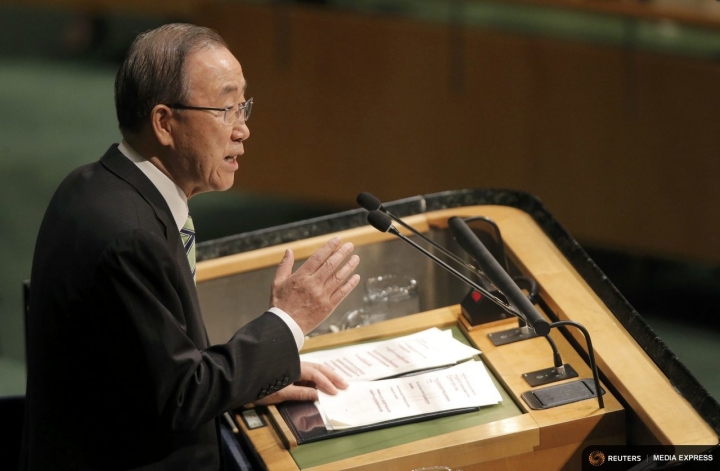 “The time has come to turn aspirations into concrete actions,” Joseph Kabila, president of the Democratic Republic of Congo, said during a speech at the U.N. on Friday before the signing ceremony.

The treaty formally aims to keep warming to well below 2°C (3.6°F) compared with preindustrial times, and to pursue efforts to limit warming to 1.5°C (2.7°F), which would be an overwhelmingly difficult challenge.

Nations haven’t yet committed to the demanding steps needed to achieve those ambitious temperature goals.

“The long-term goal that was captured in Paris was more ambitious than many expected,” said Alex Hanafi, a senior Environmental Defense Fund attorney who tracks climate talks. “Now the challenge is translating that aspiration into reality.”

Global average temperatures have risen more than 1°C (1.8°F) since the Industrial Revolution, helping push sea levels up by more than half a foot and contributing to worsening heat waves and droughts around the world.

The urgency of the global warming crisis is “only becoming more pronounced,” John Kerry, President Obama’s lead diplomat, said during his speech to fellow U.N. delegates, pointing to a string of recent global temperature records.

Last year was the hottest year on record, driven in large part by climate change. Temperature records were broken in each of the first three months of 2016, including some of the most abnormally warm months ever recorded.

Among other impacts, the heat fueled the worst global coral bleaching event on record, escalating fears about the very future of the Great Barrier Reef.

“None of what we have to achieve is beyond our capacity technologically,” Kerry said. “The only question is whether it is beyond our collective resolve.”

Analysis released this week by MIT and the nonprofit Climate Interactive suggested current pledges under the climate pact would allow global warming to blow well past 3°C (5.4°F).

The treaty requires countries to publish and track pledges for slowing their impacts on the climate from 2020, such as by replacing fossil fuel energy capacity with clean alternatives and slowing deforestation.

But the treaty doesn’t compel countries to live up to those promises, weak though they may be. Instead, the treaty relies on diplomatic peer pressure and the spectre of runaway impacts from global warming to motivate countries to produce and live up to more ambitious pledges.

Further rounds of negotiations are planned this year that could provide more details about how the treaty will work. The talks are also designed to lead to more ambitious pledges.

Plans to develop a system under which the pledges are reviewed so they can be improved would be “essential” for the treaty’s success, said David Victor, a professor at the University of California, San Diego’s global policy and strategy school.

“The more flexible bottom-up system is key to most of what really made Paris work,” Victor said. “It’s a pledge-and-review system, but the scheme for review has been deferred.”

Failure to curb warming is projected to severely worsen global impacts in the years and decades ahead. Recent research suggests swaths of the Antarctic ice sheet could collapse before the end of the century, contributing up to an estimated 6 feet of sea level rise. That would make some populous coastal regions unlivable. 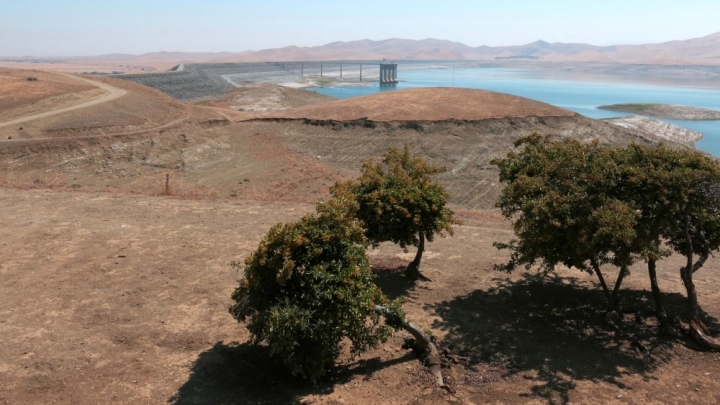 “Cutting greenhouse emissions enough to have any decent chance at limiting warming to 2° requires cuts from essentially all parties, both the developed and developing world,” John Sterman, a management professor at MIT who contributed to the analysis, said in an email.

A to-do list published last month by the U.N. Framework Convention on Climate Change contained more than 50 tasks to be completed during future rounds of climate talks, such as establishing procedures for verifying greenhouse gas pollution data and improving climate pledges. High-level talks begin next month in Bonn, with a major round of negotiations scheduled for November in Morocco.

“Our task now, the task of citizens around the world, is to expand what’s possible through grassroots support for bolder action, so our leaders will have the political mandate to commit to deeper and earlier emissions cuts,” Sterman said.

The 175 countries that signed onto the pact on Friday bested the previous U.N. record set in 1984, when 119 countries signed the Law of the Sea Treaty. That’s being viewed as a sign that world governments may finally be united in working seriously to reduce carbon pollution.

Most of those countries must yet ratify the treaty domestically before they can formally join it — by providing a document known as an instrument of ratification. That includes the U.S. and China, which are together responsible for about two-fifths of the world’s annual greenhouse gas emissions.

After at least 55 countries that are collectively responsible for at least 55 percent of annual greenhouse gas pollution have submitted their instruments of ratification, the treaty can take effect.

The U.S. “looks forward to formally joining this agreement this year,” Kerry said during his speech, imploring others to do likewise.

If enough other countries formally join the treaty before a new president takes office, the U.S. could be locked into the treaty for at least four years, even if Americans elect a Republican to replace Obama.

While Democratic candidates have voiced support for the climate pact, Republican presidential candidates have dismissed the importance of it. They have also criticized regulatory steps the U.S. is taking to live up to the pledge it made in Paris, which is to reduce greenhouse gas emissions by about a quarter between 2005 and 2020.

Because the U.S.’s historically heavy use of fossil fuels and its comfortable living standards create disproportionate impacts on the climate, experts worry that losing the U.S. commitments to cleaner energy could cause global unity on climate action to crumble.

That prospect is further increasing the sense of urgency among those who follow and participate in climate negotiations.

Robert Stavins, a Harvard professor who tracks global climate diplomacy, said he believes the top priority for U.N. climate delegates should be securing instruments of certification from enough countries to bring the agreement into force before the next president is inaugurated in January — “in case a Republican administration is elected.”

You May Also Like:
Bleaching Has Hit 93 Percent of the Great Barrier Reef
This Is How Surfers Are Helping Fund Climate Science
Fate of World’s Coastlines Rests on Melting Antarctic Ice