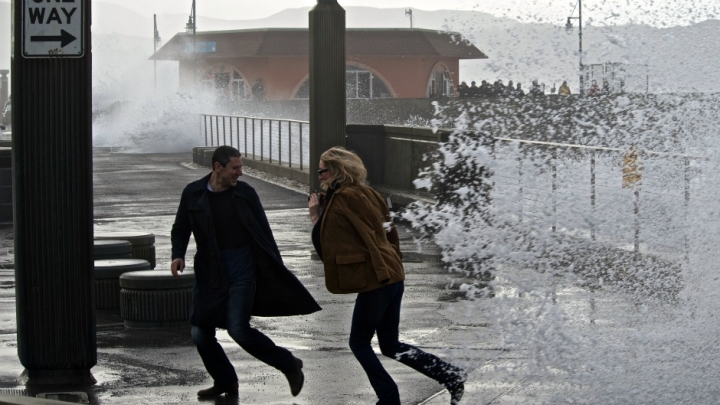 King tide flooding in Pacifica, Calif. Sea level rise is worsening the effects of such tides around the world.
Credit: Dave R./Flickr

World governments are cooperating as they work to slip a leash around the monstrous problem of global warming, but new analysis shows that leash will need to be severely tightened in the coming years if damage from future warming is to be meaningfully reduced.

There is a month remaining before a critical two-week U.N. Framework Convention on Climate Change begins in Paris. Following years of talks, most of the world’s governments have announced the pledges that they plan to offer under the hoped-for Paris climate pact, even as the draft agreement continues to take shape.

On Friday, the United Nations released its analysis of those pledges, showing that the global populace is beginning to pursue a rich medley of approaches for stemming warming — and for adapting to it.

Those approaches include putting caps and prices on carbon dioxide pollution, slowing deforestation, and reforming farming practices. Developing countries often emphasized the need for international help in meeting more ambitious goals, such as through financial support.

Developed countries, such as the U.S., and those in the European Union, pledged to reduce rates of greenhouse gas pollution by specific amounts in the coming years. Others, such as China, vowed to end the yearly increases in their annual pollution rates within chosen timeframes. Some countries simply listed the policies that they plan to enact to help address climate change. Policies included in many of the pledges also covered efforts to adapt to a warming world.

The pledges “begin to point us in the right direction,” said Jamie Henn, a spokesperson for the nonprofit 350.org.

“The problem is they’re still pointed a few degrees off from where we want to go,” Henn said. “I think the level of ambition can increase as the politics change. If a clear signal is sent out of Paris, that might be enough to trigger major investors to move even further toward pulling out finance for major fossil fuel projects.”

One thing is soberingly clear from the analysis: the pledges won’t be enough to hold global warming below 3.6°F, or 2°C. Although that is an official goal of the ongoing U.N. climate talks, leading scientists have warned that much warming would trigger severe impacts, including flooding and worsening wildfires. Temperatures have risen at least 1.5°F since 1880, driving up sea levels and making heat waves and storms more intense.

The pledges under the planned Paris pact collectively cover nearly the full gamut of forces that are driving increases in global temperatures, including the burning of fuel for energy, agriculture, logging, and the rotting of waste. The pledges don’t just address carbon dioxide — other greenhouse gases, including methane, nitrous oxides and some coolants are also covered. 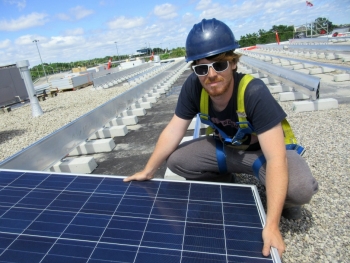 The variety of approaches taken by different countries, and the different gases and timelines covered by their pledges, made it difficult for the U.N. to precisely assess their anticipated collective impacts. Those impacts will also be influenced by economic and population trends, by the pace of growth and innovation in the renewable energy sector, and by natural disasters.

Even if all of the pledges become reality, humanity is expected to release 11 to 22 percent more climate-changing pollution in 2030 than was the case in 2010, the analysis concluded.

“The aggregate total” of the expected effects of the climate pledges should be taken “with a grain of salt,” said Alex Hanafi, an Environmental Defense Fund attorney who has been participating in lower-level U.N. climate talks in Germany and elsewhere this year. “We may be able to get more than that.”

Overall, the U.N.’s 66-page analysis emphasized hopefulness. It noted that the pledges reveal “a clear and increasing trend” toward national laws and policies that reduce rates of climate pollution. “Many” of the pledges “are already backed by existing national legislation or policies and several have triggered national processes to establish relevant policy frameworks.”

Experts are hopeful that future rounds of climate negotiations will lead to pledges that will do even more to combat climate change. During the Paris talks, diplomats will be asked to agree on timelines for reassessing climate pledges. With renewable energy prices falling, and with political backing for climate action rising, regular assessments could lead to increasingly ambitious pledges.

“They have to agree to return to negotiations periodically, in order to revisit the levels of ambition,” said Harvard University economics professor Robert Stavins, an expert on international climate diplomacy. He said he considers a proposal to review pledges every five years to be a “reasonable” one. “Will that be agreed to? I don’t know.”

You May Also Like:
Climate Change is Decimating Cod in the Gulf of Maine
Charleston’s Floods Illustrate the World’s Watery Future
Texas, California Lead Nation in Carbon Emissions
El Niño Could Push CO2 Permanently Above Milestone