The odds that any climate change agreement among the world’s biggest greenhouse gas emitters will succeed became a little greater on Tuesday as China and the U.S. committed to slash carbon pollution in the coming decades.

It was a critical move because the world’s thirst for fossil fuels continues unabated even as wind, solar and other low-carbon energy sources are coming into their prime. 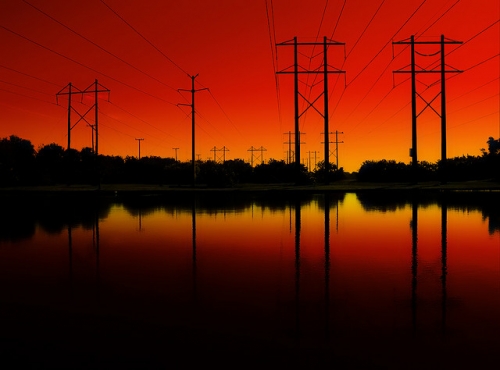 The largest transformation in how people use energy across the globe by 2040 will be in the electric power sector, according to the International Energy Agency.
Credit: DCCXLIX/flickr

That message was hammered home a day after the pact was struck in the form of a dire warning from the International Energy Agency in its annual World Energy Outlook, which was released on Wednesday. The IEA said the U.S., China and the rest of the world’s biggest carbon dioxide emitters are going to have to do a lot to put the brakes on climate change because the globe is still hooked on fossil fuels, and there’s little indication that will change much over the next 25 years.

Conservation efforts and more use of wind and solar power probably won’t slash emissions quickly enough to keep catastrophic consequences of climate change from happening even if renewables overtake coal as the leading source of electricity by 2040, which the IEA sees as one possible scenario.

The IEA did not account for any greenhouse gas emissions cuts that could come from the deal struck between the U.S. and China on Tuesday.

The agency sees global energy demand growing by 37 percent and carbon dioxide emissions from burning fossil fuels increasing by one-fifth between now and 2040 mostly because of crude oil and coal burning in Asian countries and Africa.

That increase in CO2 emissions will make it extraordinarily difficult to avoid the dangerous consequences from global warming outlined by the Intergovernmental Panel on Climate Change in its latest assessment, the IEA warns.

Here’s why: Capping a global average temperature increase at 2°C (3.6°F) over pre-industrial times — the internationally agreed-upon point beyond which the effects of climate change have been deemed to become dangerous — requires capping total future global CO2 emissions at 1,000 gigatonnes beginning this year. That’s called the carbon budget, and it’s likely to be used up by 2040, the IEA said.

Unless it cuts back its use of fossil fuels right away, China is on track to become the world’s largest oil-consuming nation by the early 2030s, at the same time as U.S. oil consumption is likely to fall. China is also likely to consume half the world’s coal by the middle of the next decade as global coal demand grows 15 percent between today and 2040.

The world’s energy sources are likely to look different in 25 years, the agency says: Global energy consumption will be equally split four-ways among crude oil, natural gas, coal and renewables.

But the IEA warns that reducing fossil fuels to about 75 percent from about 82 percent of all global energy sources won’t be enough to avoid exceeding 2°C of global warming.

Neither will any potential for coal-fired power plants’ emissions to be sequestered. The IEA projects that carbon capture and storage projects (CCS) are likely to capture no more than 2 percent of global energy-related CO2 emissions by 2040, partly because CCS remains an unproven technology.

Yet, there are plenty of hopeful items in the IEA’s projections.

Worldwide energy efficiency efforts are showing signs of suppressing total oil demand growth. The agency projects that efficiency could slash crude oil demand by as much as 23 million barrels of crude oil per day in 2040, more oil than Saudi Arabia and Russia produce daily.

Renewables are also coming into their prime as costs go down, so much so that they could account for nearly half the increase in total electric power generation between now and 2040. 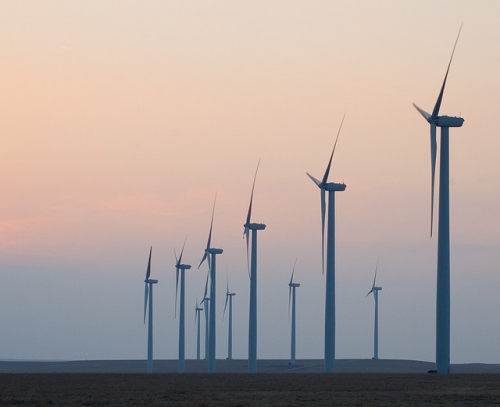 Non-hydropower renewables could overtake coal as the primary source of electricity globally if certain policies are adopted worldwide that would stabilize atmospheric CO2 concentrations at 450 parts per million (ppm) by 2100. The 400 ppm milestone was reached just last year.

Biofuel use could triple, and the use of renewables for heat could double, the IEA report says.

Among the 34 developed countries making up the Organization for Economic Cooperation and Development (OECD), including the U.S., renewables could account for 37 percent of all power generation by 2040.

Renewables growth in China, India and other developing countries could be more than double that.

So that’s the good news. The better news for the climate will come if the pact between China and the U.S. actually results in real CO2 emissions cuts.

You May Also Like:
Listen to a Glacier, Forecast a Flood
Expanding Antarctic Sea Ice is Flooding ‘Warning Bell’
Oceans Getting Hotter Than Anybody Realized
Two Years On: Sandy Inspires Storm of Climate Research