The world’s oceans could face a massive reshuffling by the end of the century – the likes of which hasn’t been seen in as many as 3 million years – due to warming waters.

Changes are already afoot in the oceans. Roughly 93 percent of the heat trapped by human greenhouse gas emissions is ending up in the world’s seas and already contributing to changes from slowing plankton growth to recent incursions of tuna near Alaska, thousands of miles from their normal range. 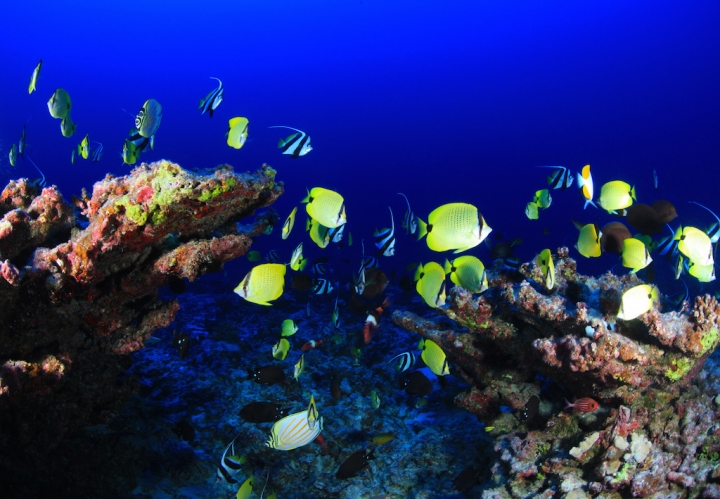 Fish off the Pearl and Hermes Atoll.
Credit: NOAA/flickr

The findings come from a new study published in Nature Climate Change, which looks at future climate projections and the distant past when 60-foot sharks prowled the oceans, sea levels were 100 feet higher and the globe was about 11°F hotter. Oh, and humans weren’t around, either.

There’s one major similarity between our current period and 3 million years ago, a period known as the Pliocene: the amount of greenhouse gas concentrations in the atmosphere. It’s a trait that makes it a powerful comparison for what the next century may have in store unless humans cut their greenhouse gas emissions.

“What we have found is that if we constrain global warming by less than 2°C, ocean changes will be relatively benign on the global scale,” Grégory Beaugrand said. “But if we are above this threshold, we will have a huge reorganization of marine biodiversity.”

Beaugrand is an ocean researcher at the French National Center for Science Research and lead author of the new report, which shows that if greenhouse gas emissions continue unabated, up to 70 percent of world’s oceans could see biodiversity shifts unprecedented in modern times.

The findings show that species could vacate the tropics as warming water send species poleward with nothing in place to fill their void. For species already living near the poles, they would face a wave of invaders that could outcompete them for resources. Warming waters would eventually make any suitable habitat disappear. The outcome in both cases is the distinct possibility of extinction.

“It (the study) demonstrates the capacity for huge marine biomes to be fundamentally reorganized and disturbed, and shows us there are real differences between moderate warming and severe warming,” Sarah Moffitt, a postdoctoral researcher at the University of California, Davis’ Bodega Marine Laboratory, said.

The study takes a macro-level view so its unclear how specific species would react to the changes. But everything in the sea from crustaceans to cetaceans would have to contend with these shifting conditions, the effects of which would be felt on land as well. Fisheries and aquaculture contributed $274 billion to the world’s GDP in 2012, the most recent year with data available. As species move or die off, people that rely on them for livelihoods will have to respond. 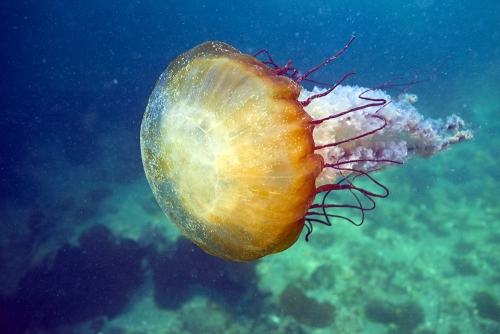 “We will have species that will disappear but some others will take their place,” Beaugrand said. “But fishermen, usually they are adapted to a certain type of species. They will have to re-adapt to a new type of species and adaptation is expensive.”

Signs of warming are already floating across the oceans. Recent sightings of tuna off the Alaska coast, thousands of miles from their usual habitat, made headlines earlier this year as record-breaking warm water spread up the West Coast. The cause is likely natural but it could be a sign of things to come.

More broadly, warming waters can slow plankton growth, which form the base of the marine food chain, resulting in less food for fish.

“What’s going on now does affect people and their fishing but not very rapidly,” Lisa Suatoni, a senior scientist with the Natural Resources Defense Council’s ocean program, said. “It’s at a rate where adapting the fishing fleet can occur. But if we go into greater warming, then we’re going to see really radical changes.”

Suatoni authored a study earlier this year looking at the vulnerability of U.S. coastal communities to ocean acidification. The new findings don’t address acidification, which Beaugrand said is unlikely to play as large a role as warming in biodiversity shifts.