Beachgoers may love ocean waters that are growing balmier in a warming world, but corals, and subsequently the ecosystems they support, do not.

Rising ocean temperatures are proving detrimental to both ocean species and coral reefs, with the impact on coral perhaps most noticeably seen in bleaching. On Monday, the National Oceanic and Atmospheric Administration (NOAA) released a Coral Bleaching Outlook that forecasts the amount of bleaching that may result from ocean warming in the next four months, and the outlook is gloomy. 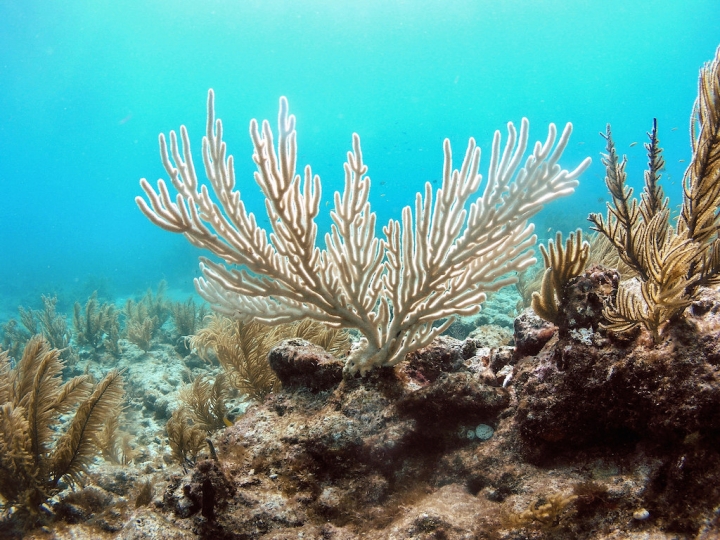 A colony of the soft coral known as the “bent sea rod” stands bleached on a reef off of Islamorada, Fla.
Credit: U.S. Geological Survey/flickr

Hawaii, which last year saw widespread bleaching for the first time since 1996, is once again under a thermal stress warning through October of this year. Similarly, the Caribbean, which has endured repeated coral bleaching for the past 30 years, may also face bleaching events in consecutive years.

NOAA scientists believe high ocean temperatures have been the primary cause of the widespread bleaching seen in the Northern Hemisphere since last year. Oceans trap much of the heat from greenhouse gas emissions, and 2014 was tied for the third warmest ocean temperatures on record. Oceans have had their warmest start to the year on record in 2015.

Rising water temperatures stress corals and cause them to expel the symbiotic algae which is their primary food source and gives them their color. As a result, the coral turns white and is more susceptible to disease and death.

If coral die, the reef may take decades to recover or simply erode away. Without reefs, many species of fish and shellfish lose their habitat, tropical tourist destinations lose their revenue and coastlines lose their natural barrier against storms.

Many reefs, from islands in the South Pacific to the Florida Keys, have felt the impacts of the warmer oceans. Heat stress is predicted to hit many of the same reefs again this year and much of the northern and equatorial Pacific is under a bleaching warning, along with the Caribbean and western Atlantic.

As ocean temperatures continue to rise due to greenhouse gas emissions, bleaching events become more common. A paper published last week in the journal Science examined how the ocean’s ecosystems react to such warming from climate change. 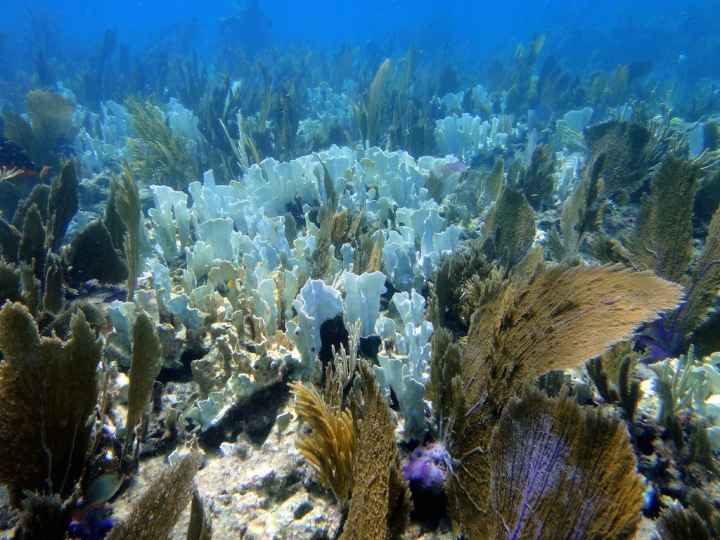 “The paper reports that even if humans limit the Earth’s warming to 2 degrees C (3.8 degrees F), many marine ecosystems, including coral reefs, are still going to suffer,” Mark Eakin, NOAA Coral Reef Watch coordinator and a study coauthor, said. “The increase we are seeing in the frequency and severity of bleaching events is part of why the climate models in that paper predict a dire future for coral reefs.”

Coral bleaching without enough time to recover is a particularly dangerous scenario for reefs. If the stress continues over consecutive years, the reefs are not able to fully recover and continue lose more of the symbiotic algae. Without these organisms, the coral becomes vulnerable.

“Many healthy, resilient coral reefs can withstand bleaching as long as they have time to recover,” Eakin said in a press release. “However, when you have repeated bleaching on a reef within a short period of time, it’s very hard for the corals to recover and survive. This is even worse where corals are suffering from other environmental threats, like pollution or overfishing.”