An invisible workhorse of the Atlantic Ocean tirelessly shuffles cold and warm water back and forth between tropical and Arctic waters, dragging heat away from the equator. Scientists credit rich Atlantic fisheries and mild Mediterranean winters with the sheer power of the Atlantic meridional overturning circulation, or AMOC. But, last week scientists confirmed the circulation system is being jeopardized by climate-changing pollution. Changes appear to be occurring more quickly than had been anticipated, and they could accelerate in the decades ahead. The flow is presumably being throttled by an influx of freshwater pouring off a melting ice sheet — back to levels in recent decades that likely haven’t been seen in more than a millenium.

With Arctic melt hastening, and ocean circulations weakening, findings from a flurry of recent AMOC research is warning of potentially chilling consequences. 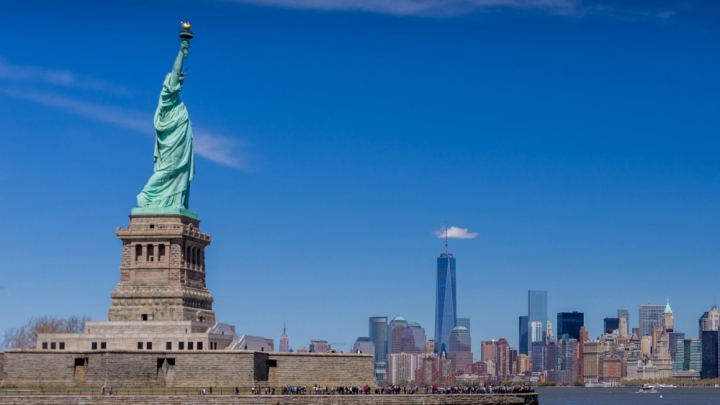 New analyses of data are linking a recent year-long AMOC slowdown with cold winters across Europe, with the frenetic 2010 Atlantic hurricane season, and with a spike in sea levels on the East Coast of the U.S. The pioneering analyses are offering clues as to how a more permanent slowdown could reshape the region. They’re being hobbled, however, by the fact that only one such abrupt slowdown has been recorded so far, and that a more permanent slowdown could behave differently.

“We’ve measured for 10 years, and we had a substantial event in one and a half years out of that 10,” University of Southampton professor Harry Bryden, who has been involved with some of the analysis, said. “I’d like to have several more events.”

Attempts to model the entire effects of an AMOC slowdown, or even a complete shutdown, have been limited by computer power. A modeling study published this month in Climate Dynamics by U.K.-based researchers links stormier conditions, sharp changes in rainfall patterns and cooling in Europe with a hypothetical AMOC slowdown. But the models used didn’t account for greenhouse gas pollution or global warming — which would blunt or worsen some of those impacts, such as by lessening winter chills. 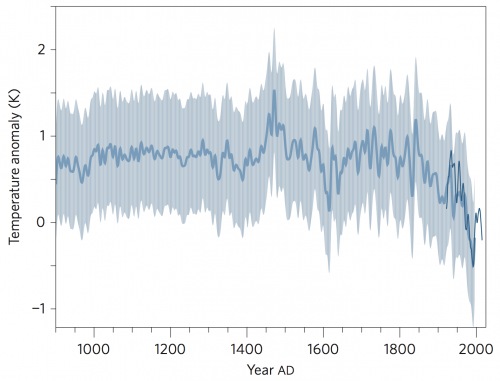 “We can’t turn around and say, ‘Oh, this is what’s going to happen,' ” Met office scientist Laura Jackson, who led the research, said.

More speculatively, in a post this week on RealClimate, Stefan Rahmstorf, head of earth system analysis at the Potsdam Institute for Climate Impact Research in Germany, suggested that the ongoing AMOC slowdown could be linked with the unusually cold weather that residents of the U.S. East Coast endured over winter. “I am just connecting the dots of some articles in the published literature, hoping this post might stimulate further investigation,” he wrote.

All of which helps make the decade’s worth of data from the RAPID array of ocean monitoring devices, which Bryden and others are using, so valuable. It’s supplementing models-based findings, theory and speculation with real-world observations.

In 2009, the array of trans-Atlantic ocean-monitoring devices between the Bahamas and Morocco detected a sudden powering down of the AMOC. The 30 percent slowdown would eventually last a little longer than a year, before much of its vigor was restored. 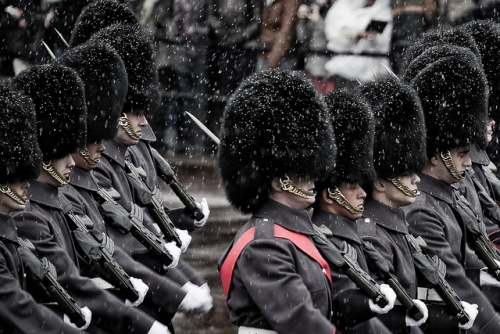 Based in part on data from the AMOC slowdown of 2009 and 2010, a team of U.K.-based researchers, led by Bryden, concluded in a paper published in Ocean Science late last year that subsequent ocean temperature changes helped to create “severe winter conditions over northwestern Europe” and “contributed to the high intensity” of the Atlantic hurricane season in the summer of 2010.

More recently, other researchers, from the University of Arizona at Tucson and National Oceanic and Atmospheric Administration, linked that same AMOC slowdown with a spike of 5 inches in sea levels just north of New York City. The research was published in Nature Communications. “The extreme nature” of the rise in regional sea levels “suggests that such a significant downturn of the Atlantic overturning circulation is very unusual,” the scientists wrote, warning that such events could become more common in the future.

Findings dealing with the brief slowdown have been troubling so far, but it remains to be seen just how much can be gleaned from it.

“The 2009 to 2010 event was highly likely due to natural variability,” NOAA research scientist Tom Delworth said. “It’s important to note that this event was very short-lived and rapid. Projected future weakening of the AMOC in response to greenhouse gases would occur on a much longer timescale, and against a background of a much warmer climate.”