Ocean Acidification Making It Harder For Fish to Breathe

As dawn breaks over an estuary meandering past the forests and homes of Maryland’s unincorporated Beverly Beach, silver baitfish surface to gulp at oxygen-rich waters. New research shows how climate change is making the seemingly-peaceful ritual, which plays out in shallow waters the world over, more desperate and deadly.

With carbon dioxide pollution dissolving into water bodies, causing them to acidify, laboratory experiments showed silversides in the sprawling Chesapeake Bay will find it harder to breathe in low-oxygen conditions. The findings have sweeping global implications. 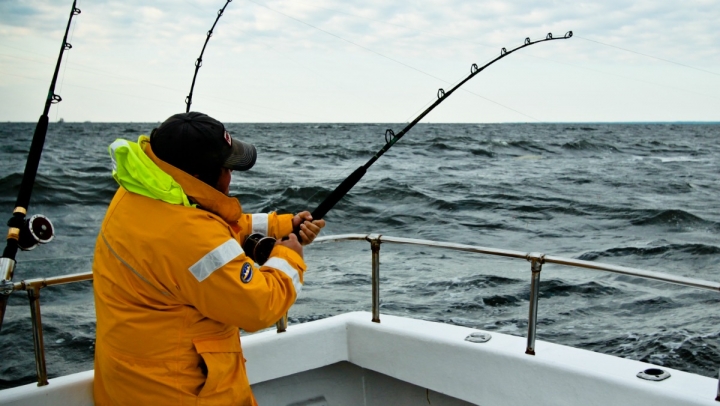 “These fish are superabundant — everything else eats them,” said Seth Miller, an ecologist at the Smithsonian Environmental Research Institute who led the research, published Tuesday in the journal Marine Ecology Progress Series. “What happens to them really affects what happens to the rest of the food web.”

Silversides captured near Beverly Beach in Anne Arundel County and elsewhere in Chesapeake Bay died in Miller’s research tanks in low-oxygen conditions as pH declined, even before oxygen concentrations reached low levels that would normally kill them.

As the tank waters in Miller’s experiments became more acidic, the silversides also surfaced more quickly to gulp at oxygen-rich surface waters. In the wild, that would make the small fish easier prey for birds and other fish.

As carbon dioxide dissolves into oceans and makes them more acidic, less oxygen is dissolving into warming waters. The research showed that these two chemical consequences of climate change could conspire to affect the surface-breathing behavior of some fish. “It’s the combination of lowering the pH and the dissolved oxygen,” Miller said.

Much of Chesapeake Bay is naturally plagued by low oxygen levels, particularly at night, when seaweed stops producing oxygen but animals keep breathing it. Changes in pH and oxygen levels occur seasonally and daily, but the effects are being worsened by greenhouse gas pollution from fuel burning, farming and deforestation.

“This is a natural process that’s happening, but we're looking at it with an eye to climate change,” Miller said. 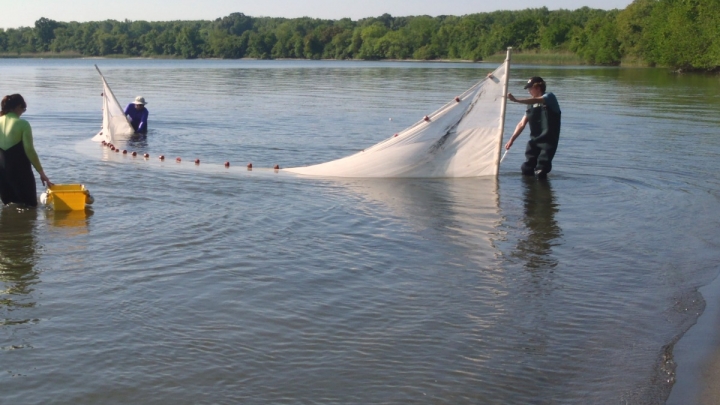 Lisa Levin, a Scripps Institution of Oceanography professor who wasn’t involved with the study, described the experiments as “elegant.” She said they pointed to how the dual climate change stresses of ocean acidification and deoxygenation are working together to reduce fish habitat. (Rising water temperatures caused by climate change also pose dangers.)

“If you just study one stressor alone, you might not get the whole picture,” Levin said. “When both stressors are acting together the results can be much more negative.”

The findings could be relevant for wildlife living in other estuaries, and also for those occupying open oceans. Problems are expected to be particularly severe in waters off the West Coast and in some other regions, where oxygen levels fall to dangerous levels that scientists call hypoxic.

“The same types of interactions could be going on in naturally hypoxic areas in the open ocean,” Levin said.

That suggests rising levels of climate pollution pose more profound threats to the ecological cogs that fill dinner plates with fish than previously understood, and that solutions like new marine parks will be even more important.

You May Also Like:
Coral Deaths Threaten Coasts With Erosion, Flooding
Second Warmest Start to the Year on Record for U.S.
Florida Dredging Would Cut Path Across Corals in ‘Crisis’